Anne Robinson has angered viewers – and women across the UK – with her latest documentary The Trouble With Women with viewers branding her comments on feminism and equality in 2018, ‘outdated’.

The 73-year-old former Weakest Link presenter examined female fragility in the hour-long BBC show, which aired last night, and claimed that millennials are ‘making a fuss about nothing’ when it come to sexism.

Anne upset viewers when she spoke of the generation gap: ‘I despair at what has happened now is a sort of fragility has come into women’s attitudes and they are very easily thwarted, they are very quick to suppose that things are happening to them because they are women.

‘And not because everyone will try to do you over, you have to have the skills to cope with that.

‘I never expected that generations after me were going to exhibit a sort of nervousness and timidity about the behaviour of men. I thought we’d groomed women to have a don’t mess with me attitude and clearly that never happened.

‘If you look at women of my generation, or my mother’s generation, certainly we were far more tolerant.’

However, viewers were not impressed by her attitude, including one who fumed: ‘Anne Robinson, a rich, privileged, white woman… telling every other woman how silly and wrong they are, because she’s never experienced these problems herself. Righteo.’ 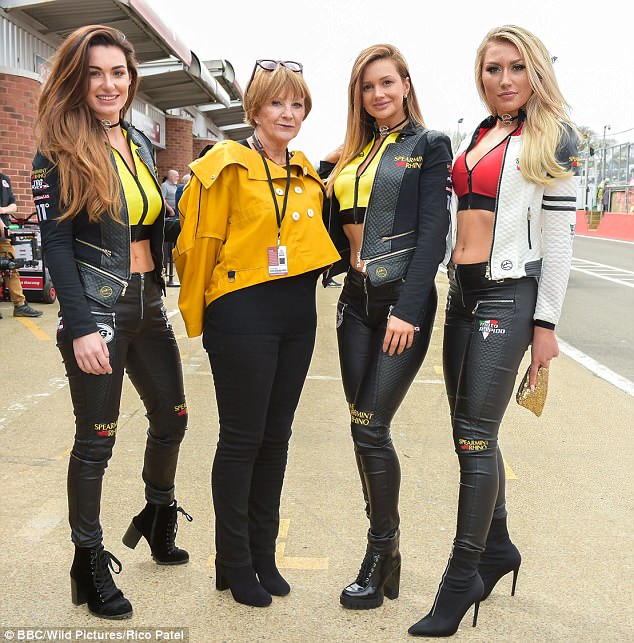 Anne Robinson, 73, (pictured chatting to Grid Girls for her show) shared her thoughts on traditional womanhood in her new BBC documentary on feminism 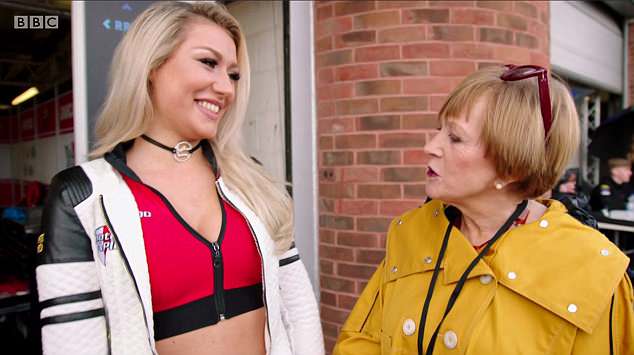 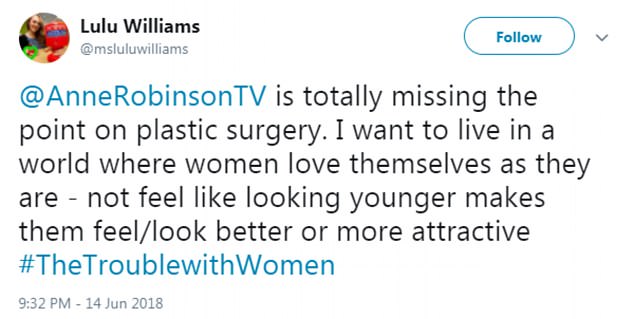 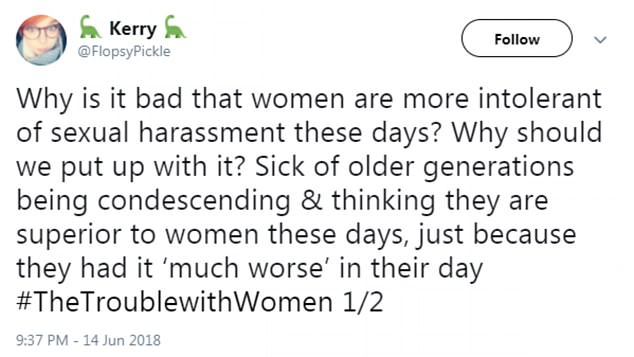 ‘Is Anne Robinson suggesting that it is women’s fault that they are oppressed and abused because they are too fragile?’ said another.

But others thought it raised some interesting points: ‘What at superb TV programme. Lots to think about!’

‘I could find nothing to disagree with in Anne Robinson’s investigation into women today. Good programming by the BBC.’

In the documentary, Anne initially complained: ‘I think they are making a fuss about nothing. Young women today have it so much better than we did. 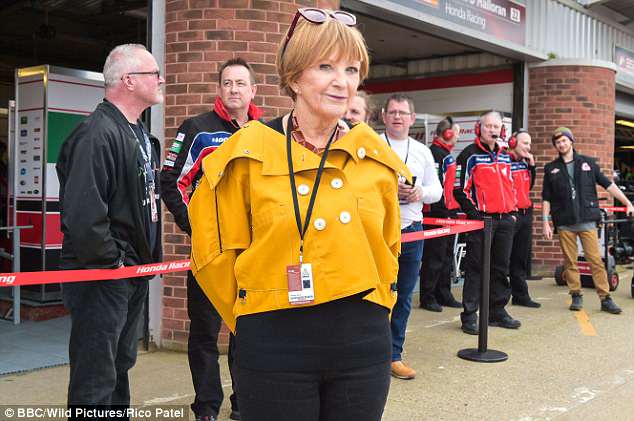 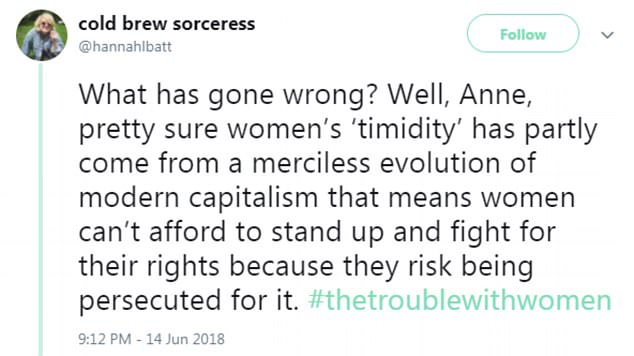 ‘When I was in my twenties and getting wolf-whistled, single women had no access to the pill and there was no maternity leave and the equal pay act didn’t exist. You couldn’t even go to work in trousers.’

Anne, who openly admits to spending ‘thousands and thousands’ on keeping her youthful looks through surgery, has also taken issue against the recent #MeToo movement.

During a trip to the British Superbikes Championship, who are yet to follow the footsteps of Formula One and ban grid girls, defended them against complaints of sexism.

She argued that they have every right to use their bodies to make a living: ‘I believe equality is all about women having choice.

‘The choice to spend money on having plastic surgery and the choice to earn money from their looks.’

‘What right have feminists to march and say we don’t want this anymore?’ 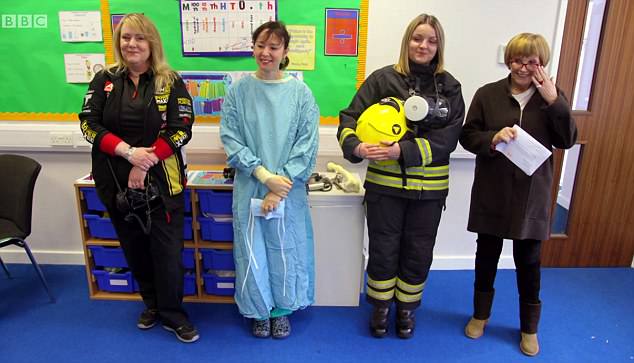 She tested primary school students by asking them to think of names for job roles like a firefighter, car mechanic and surgeon 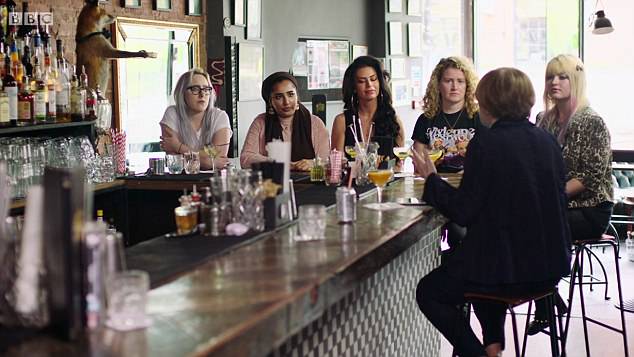 She also explored gender stereotyping in one experiment, asking primary school children to pick names for people with jobs like a car mechanic – with all of them choosing male names.

The presenter also visited a mother who works while her husband stays at home to raise their children and met with a group of millennial women their clothing choices, and whether they were inviting men to harass them.

The women stayed firm on their argument saying that what they wear didn’t give the men the right to wolf-whistle or for that matter harass them in general.

Anne was eventually forced to admit she had to change her views: ‘I admit. I underestimated how bad [wolf-whistling] is.

‘Having met them, I cannot deny that they have experienced sexual harassment.’

She concluded: ‘I started this journey with a fair amount of despair and frustration that women were going backwards and doing nothing to establish their position of equality.’

‘But actually what I’ve realised is the amount of revelations we’ve had in the last year have caused a revelation for men and women.’