An anorexia sufferer has revealed how she would starve herself for up to ten days at a time while in the grips of her eating disorder.

Sierra Rock, 22, from Vancouver, Canada, explained how she became trapped in a vicious cycle of not eating anything for days, before bingeing for a day.

The student, who weighed 98lbs (7st) at her lowest, says she has had issues with food for as long as she can remember, hiding sweets at Halloween when she was just 10 so she didn’t have to eat them.

She says her eating disorder began to take over her life at the age of 16, when she felt the pressure to be perfect and in control of her life.

Sierra, who now weighs a healthy 134lbs (9st 8lbs), explained how her turning point came when she became ‘tired’ of the way she was living, and decided she needed to recover for both herself and her family. 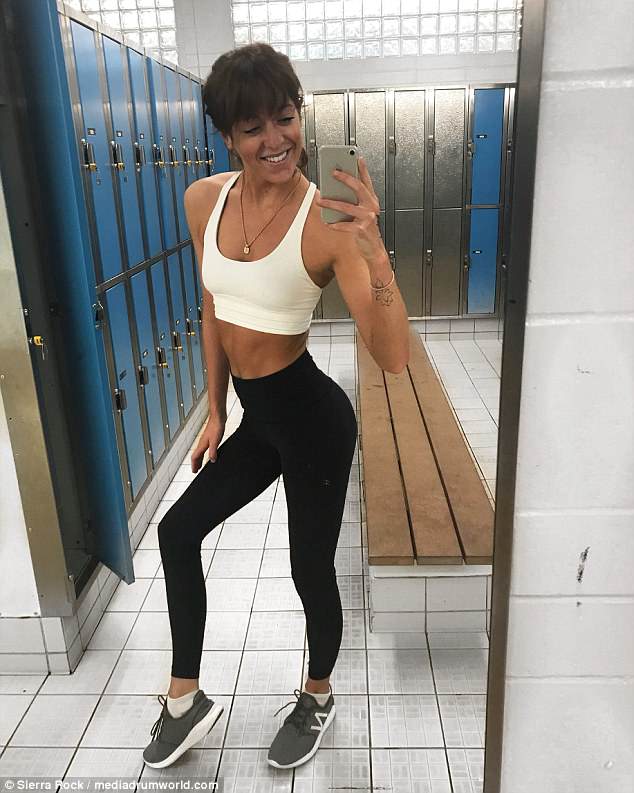 Sierra Rock, 22, from Vancouver, Canada, (pictured as she is today, while in recovery) has revealed how she would starve herself for up to ten days at a time 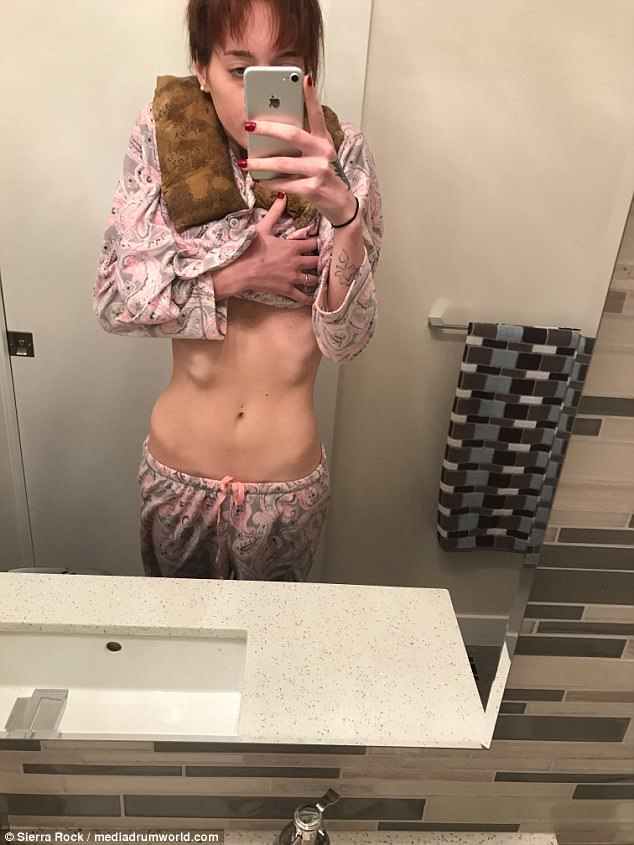 Explaining how she felt at the in the depths of her eating order, Sierra said:  ‘I felt tired, alone and hopeless. I felt incapable of success, love and happiness. I felt like I was a bad and less valuable person that deserved to be in pain.

‘I was tired of living, honestly. I figured I had three options: let this illness kill me within the year to end it all, hate my life in quasi recovery and feel stuck forever, or do something about it and take a chance and cling to the idea that literally nothing could be worse than the life I was living.’

The student explained that she made the decision to turn her life around not only for herself, but also her family and friends.

‘I just felt bad for my family and all of my friends started to leave me due to my negativity and stubbornness so that was a huge push,’ she said. 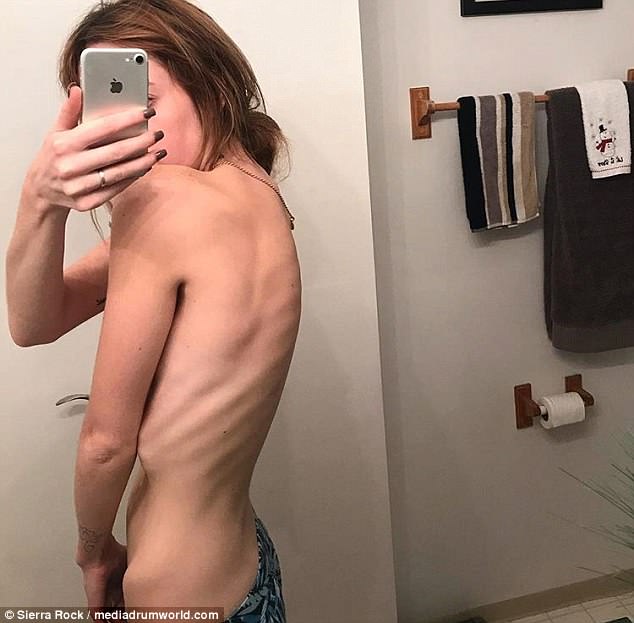 Sierra (pictured while suffering with her eating disorder) describes how she would starve herself for up to ten days, before going on a 24-hour binge 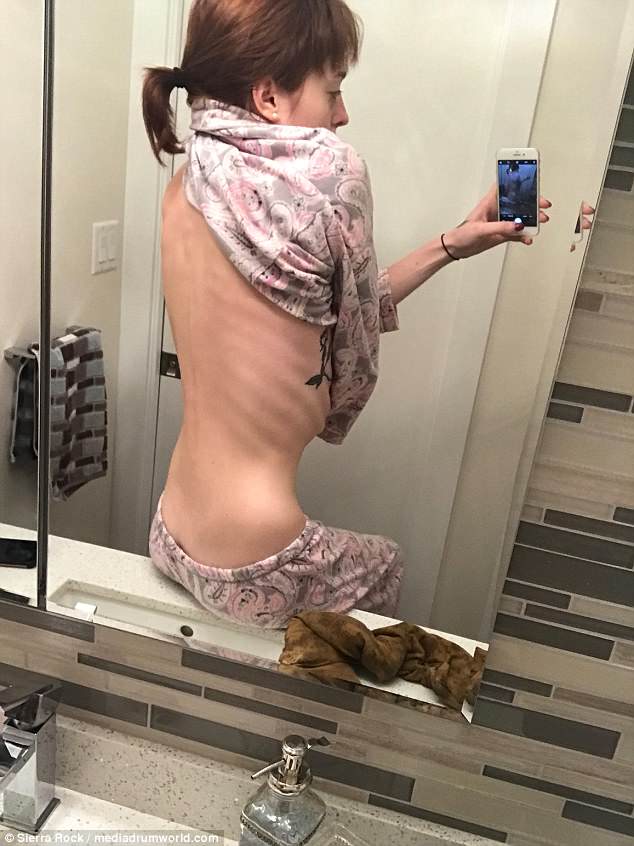 However, Sierra says she has now rediscovered a purpose in life after overcoming her eating disorder.

‘I’ve been able to go back to school (which I was medically withdrawn from twice) and I also got a job.

‘I’m more independent, my family trusts me again, I have a purpose, I experience joy and excitement frequently, I don’t want to die, and my social and love life are flourishing.’ 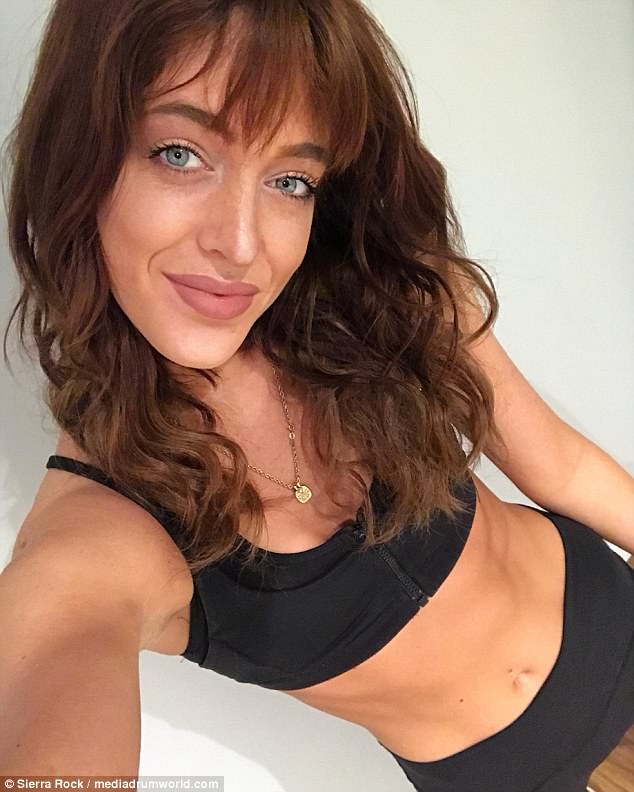 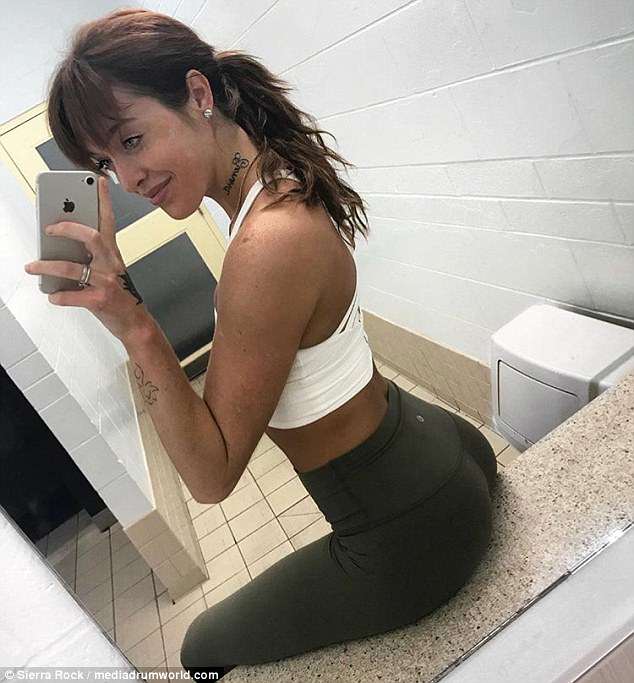 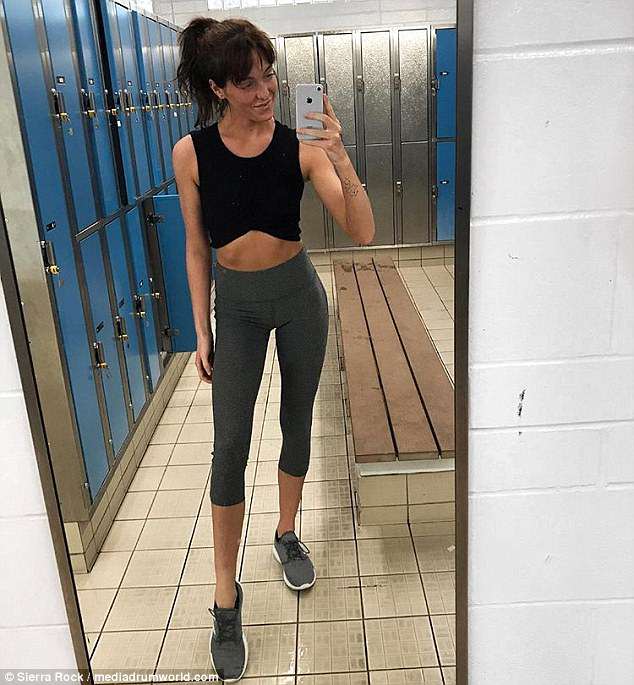 Sierra added: ‘Letting go of the “investment” I had in my eating disorder was the most difficult part. I gave up so many friends, school, health, money, my apartment- everything for my ED.

‘It was my world. And so, to choose recovery meant to give up the one basket with all my eggs in it.

‘I never felt like I got skinny enough or sick enough to recover so it almost felt like I was giving up on my investment before I felt it was had come to fruition but I had to realise the joke was on me and the eating disorder would never come to fruition. 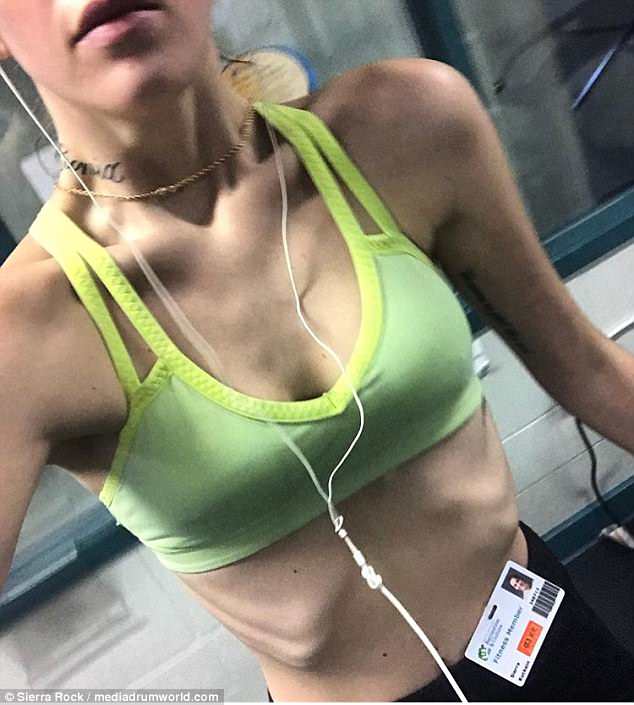 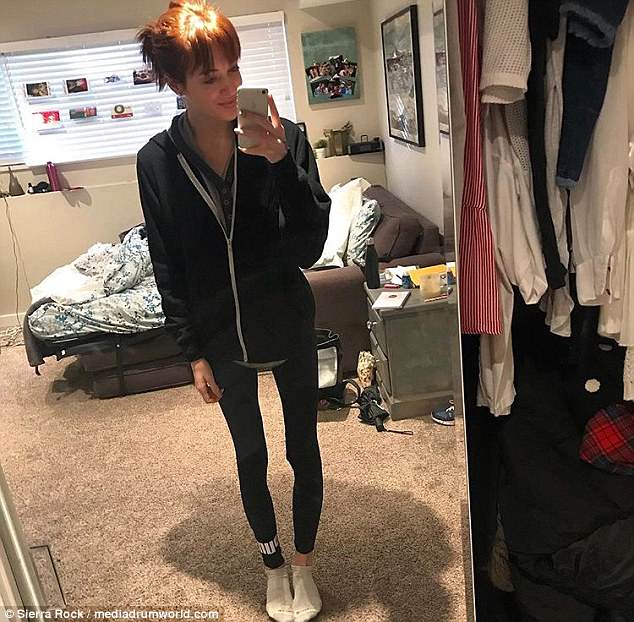 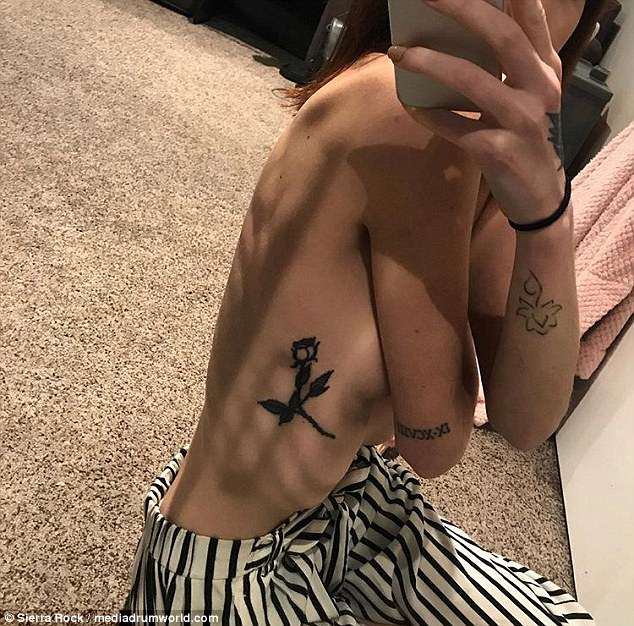 Sierra also urged others suffering from eating disorders to take the ‘first step’ towards recovery.

‘The only thing holding them back from recovery is themselves. No hospital admission, medication, tube feeding, or life event is going to recover for you; yes it can assist you but not do all the work,’ she said.

‘Recovery sucks: it’s hard and it can really be broken down into a process of stepping outside your comfort zone, feeling like s***, and continuing to do it anyways until it doesn’t feel like s*** anymore.

‘You don’t need to see the full staircase to take the first step – you will not be able to predict the outcome of starting recovery but that doesn’t mean you shouldn’t do it. 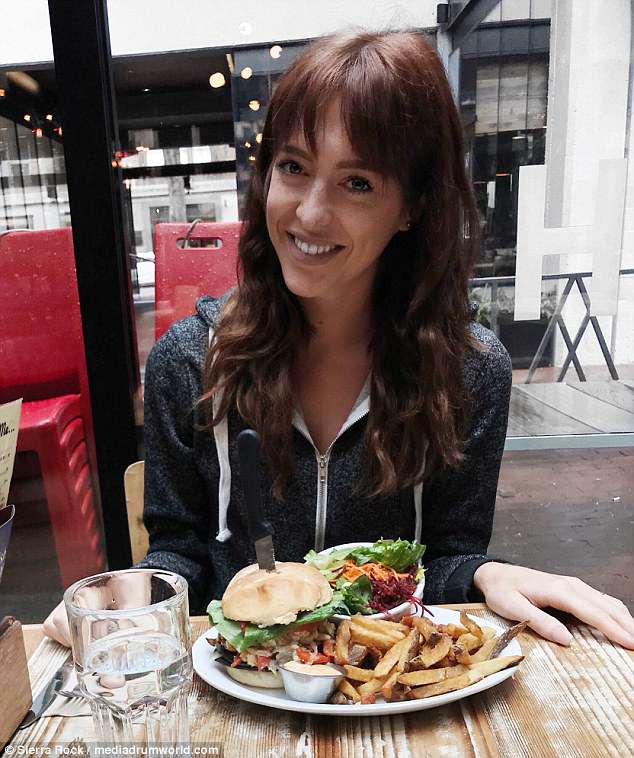 Sienna (pictured as she is now) says she has now been able to return to school, having been forced to withdraw twice due to her eating disorder 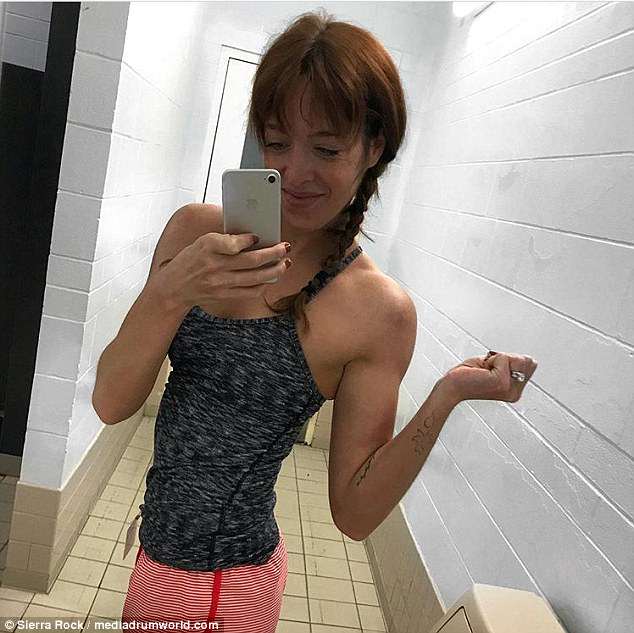 Sierra says she has now become more independent, adding that her social life is ‘flourishing’ 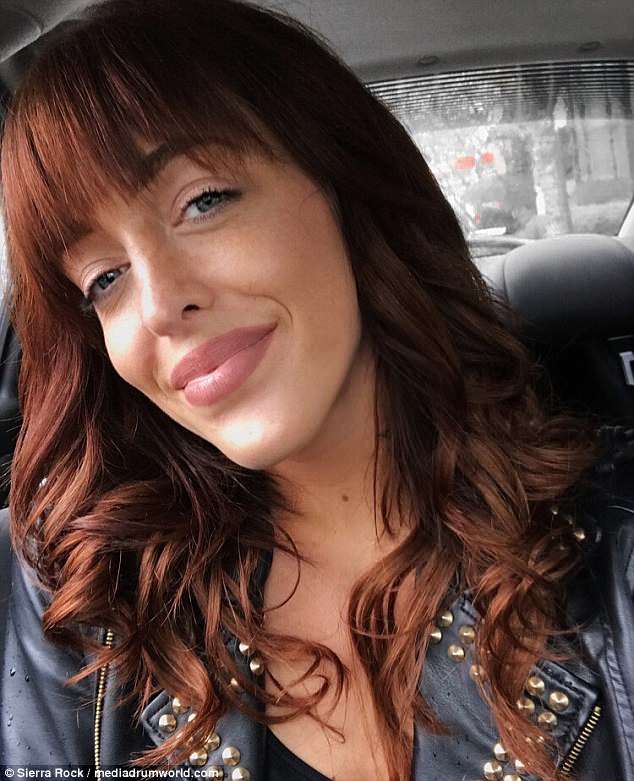 The student said recovery ‘sucks’, but added that she has been ‘able to learn about who I am’ 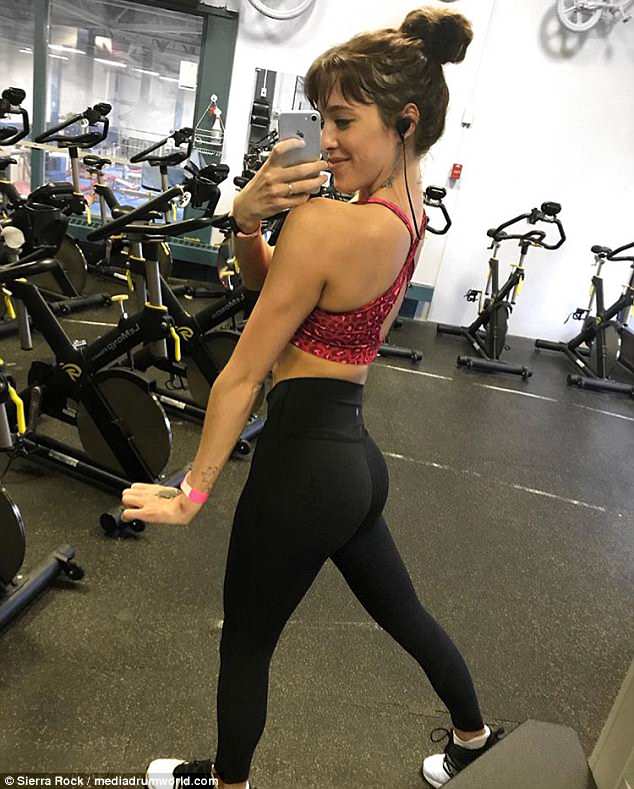 ‘And lastly that, despite how alone you feel: heaps of people had eating disorders before you and heaps will after and a good portion of those people have and will recover.

‘What makes you think that you’re any different and are incapable? The people that do recover are the people that swallow their pride and realise that they are the only thing standing in their own way.

‘No need to sugar coat it and make anyone feel like staying with the ED or not recovering is the right thing to do.’ 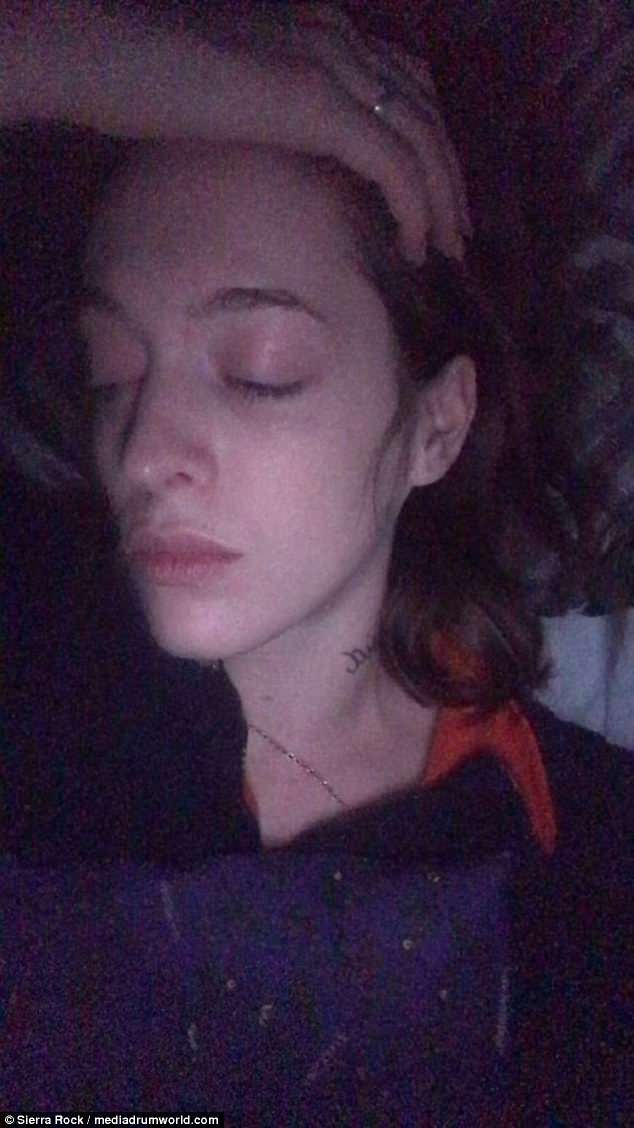 Sierra described how she felt ‘tired, alone and hopeless’ while suffering from anorexia 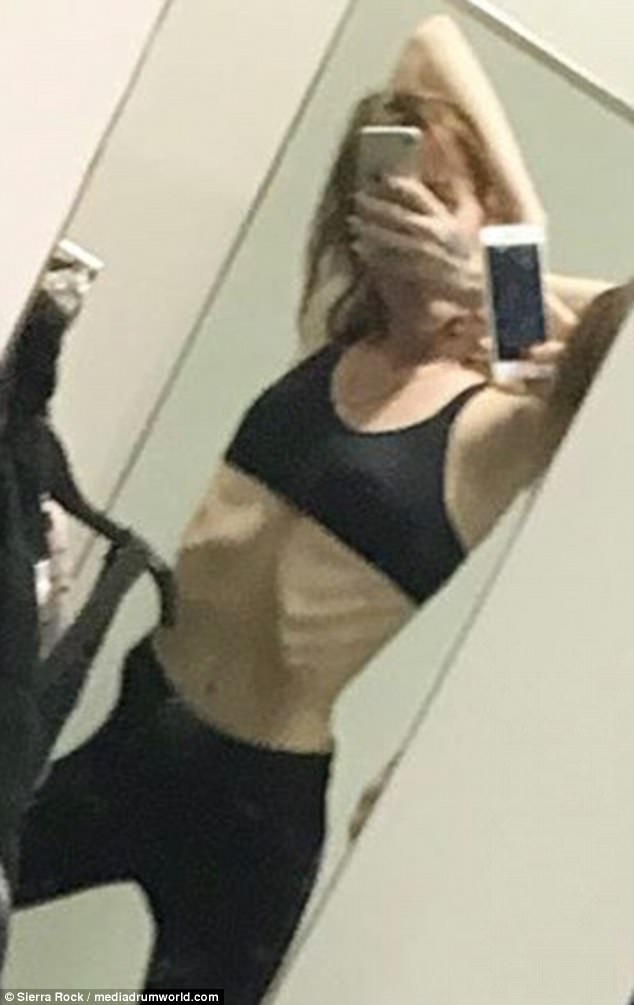 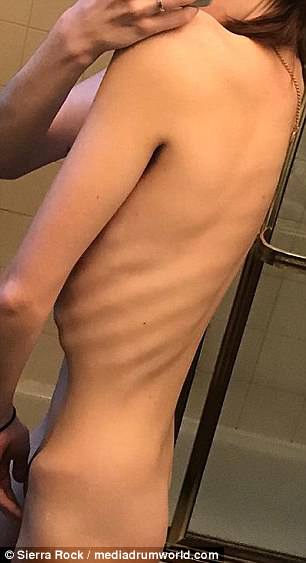 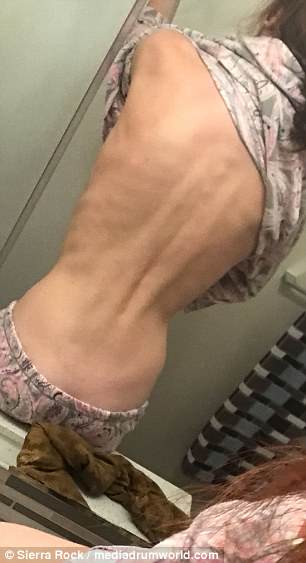 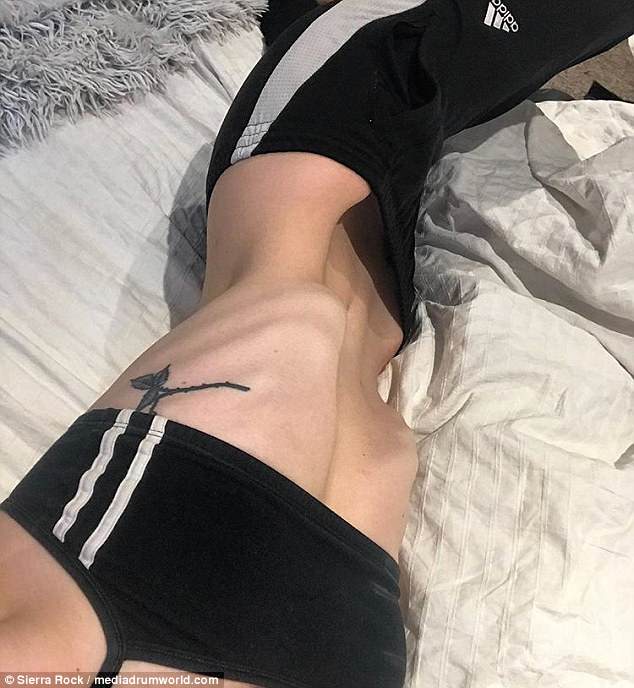