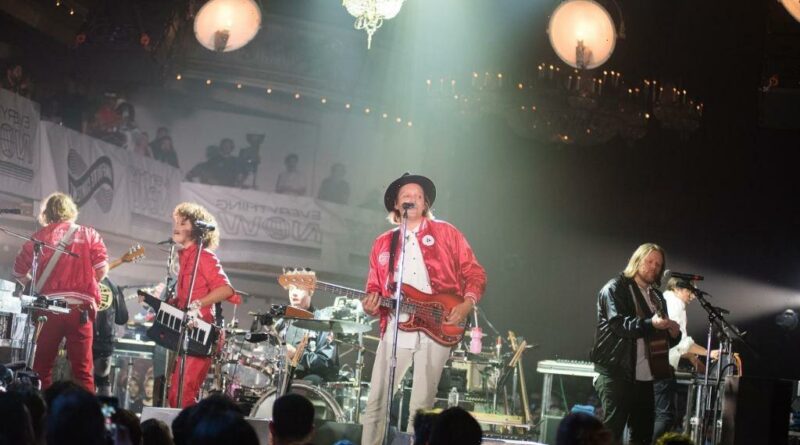 Wristbands for the gigs at New Orleans’ Toulouse Theatre and New York’s Bowery Ballroom were distributed at random locations throughout both cities, and fans were invited to pay whatever they could afford for entry. They represented Arcade Fire’s first full live shows since February 2020, ahead of the May 6 release of their new Columbia album, “We.”

At them, the group debuted five songs from the album, including the two-part first single “The Lightning,” “Age of Anxiety I” and its companion “Age of Anxiety II (Rabbit Hole)” and “Unconditional I (Lookout Kid).”

At the final Bowery Ballroom show on March 21, Arcade Fire was joined on stage by actor Mike Myers, who gave a brief speech about the Russian invasion of Ukraine, and longtime compatriot David Byrne, who lent a hand on a closing cover of Plastic Ono Band’s “Give Peace a Chance.”