Are George and Charlotte having etiquette lessons? Expert claims the young royals will already know how to curtsy and shake hands – and that KATE is leading the training

Royals are expected to have exemplary manners, so it is perhaps of little surprise to learn they like to start the training young.

Prince George, five, and Princess Charlotte, three, are reportedly already having etiquette lessons to ensure they never put a foot out of place.

Speaking to Cosmopolitan, Myka Meier of US-based Beaumont Etiquette, said the children will have learnt how to shake hands and curtsy at the age of two and will now be undertaking ‘informal’ training led by their mother the Duchess of Cambridge, 36. 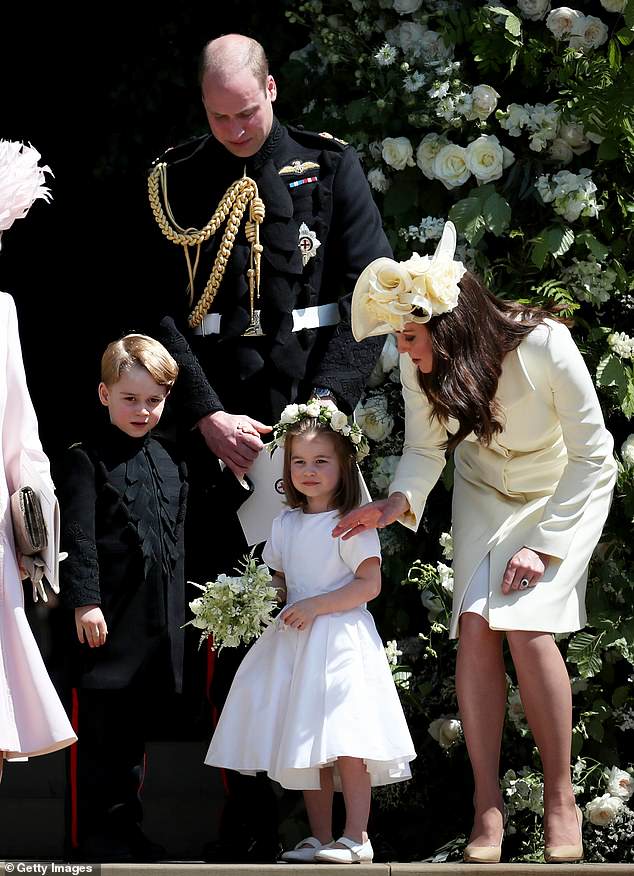 Prince George, five, and Princess Charlotte, three, are reportedly already having etiquette lessons to ensure they never put a foot out of place. Pictured, the Duchess of Cambridge gives them a gentle word of encouragement at Harry and Meghan’s wedding in Windsor in May 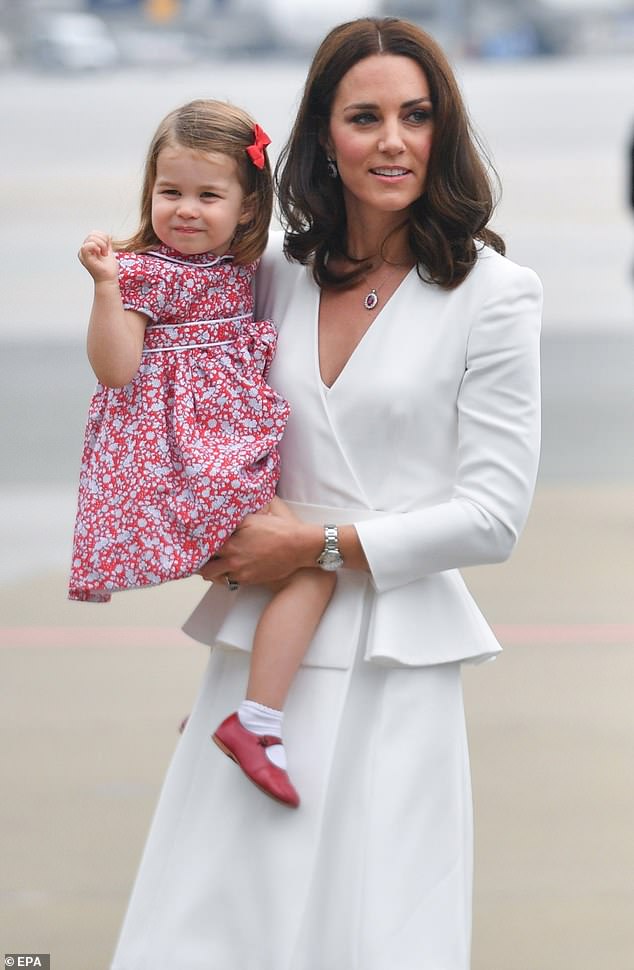 George and Charlotte have already joined their parents on a handful of public appearances and often wave and smile for the cameras. Pictured, Charlotte waves to journalists while being carried by her mother the Duchess of Cambridge at Warsaw airport in July last year

She said: ‘Growing up in the Palace would mean that training is much less a course or official training, and more day-to-day observation and gentle lessons right before an event or when meeting an important guest to help prepare them.’

The royals have already joined their parents on a handful of public appearances, most notably at the wedding of the Duke and Duchess of Sussex in May.

Last year they accompanied their parents on a royal tour of Germany and Poland, where Charlotte, then just two years old, charmed the world with a tiny curtsy on the runway at Warsaw airport.

The children are also well versed on how to behave in front of the cameras and only very occasionally have small breakdowns in the public eye. 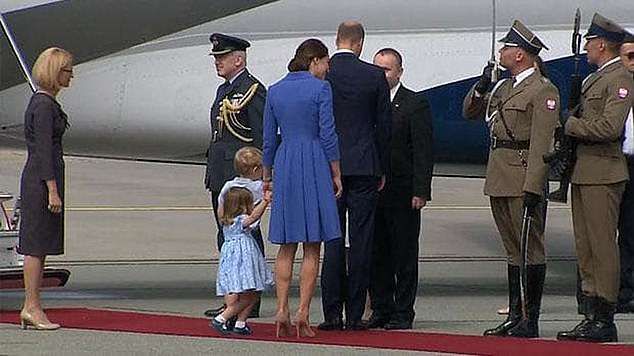 The princess delighted the world when she demonstrated a tiny curtsy before leaving Warsaw with her parents in July last year, pictured. An etiquette expert revealed it was likely Kate is giving her children informal lessons on the best way to behave

Prince George and Princess Charlotte were most recently seen at the wedding of their mother’s close friend Sophie Carter to Robert Snuggs in Norfolk last month.

The brother and sister served as page boy and bridesmaid at the nuptials, but five-month-old son Prince Louis stayed at home.

While the bride’s special bond with Princess Charlotte was clear for all to see, it was her big brother George who stole the show at the wedding on Saturday. 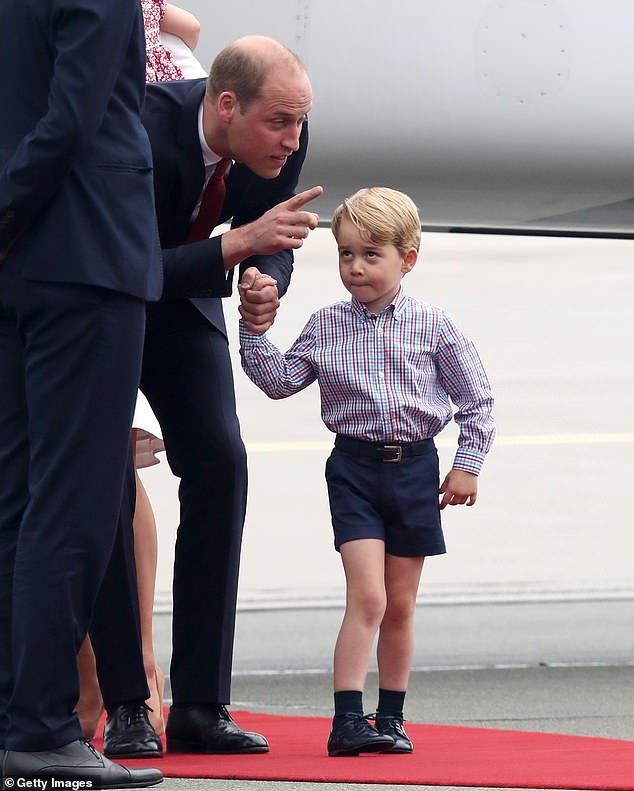 Prince William is also very hands on when it comes to his children and can be seen encouraging them at public events. Pictured, the royal with his son in Warsaw last July

Dressed in a collarless white shirt, periwinkle blue knickerbockers, white stockings and loafers, the playful pageboy flashed a cheeky smile for photographers, and even led his fellow pint-sized attendants in a playful march outside the church as a clearly amused Kate looked on.

It was far from a first trip up the aisle for the Prince and Princess.

Just four months ago they were attendants to bride Meghan Markle at their uncle Prince Harry’s Windsor Castle wedding.

And last spring Prince George was a pageboy and Charlotte a flower girl at the wedding of their aunt, Pippa Middleton, to James Matthews in Englefield, Berkshire.