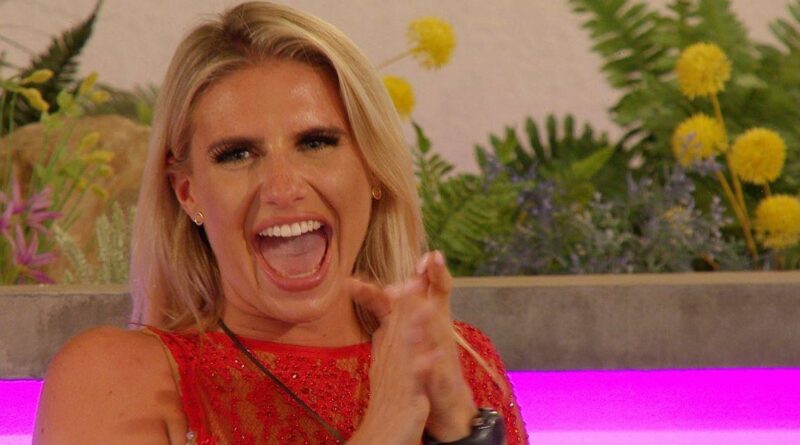 When it comes to Love Island, it seems there are endless rules and regulations that the contestants must follow.

Whether that be only sleeping in beds with those they are officially coupled up with or not being filmed smoking, the list goes on.

However, when it comes to the Islander’s wardrobes, there is also a list of protocols for this as well, which includes liaising with a Fashion Coordinator for their clothes.

Another question that seems to be circulating is whether the girls are allowed to share clothes in the villa?

Viewers of the show took to Twitter to pose their questions such as: “Are the girls all sharing clothes or something?” The fashion on the show has come under fire this year due to the amount of products that the cast are sent from various brands, so maybe seeing some of them rewear pieces and sharing isn’t necessarily a bad thing.

For example, when Amy Day left the villa alongside Hugo Hammond we saw her sport a deep cowl neck long sleeve dress from Miss Pap which we previously saw Lucinda Strafford wear before. Corsets have been a rising trend this year thanks to Bridgerton, and now that these beauts have been seen wearing a version, we can only imagine that searches will continue to rise. One of the most popular outfits to grace our screens was none other than Faye’s white and black maxi dress from ISAWITFIRST which sold out in just 30 minutes of her wearing it on the show.

So it’s only natural that others followed in her footsteps as Millie Court decided to re-wear the stunning look for a later episode. Whilst the producers of the show might encourage the girls to avoid rewearing items that have already been seen on another, that doesn’t mean they can’t request the same piece in a different colour.

During Casa Amor, unbeknown to each other, Millie and Amy wore the same dress in a different colour on the same episode. This happened on another occasion where Kaz Kamwi and Liberty Poole wore the same swimsuit in different colours for the cat challenge earlier in the series.

We wonder what we’ll do with our time once Love Island ends on August 23, we can’t wait to see what other wardrobe staples reappear on the show.

For all the latest style and beauty news, sign up for OK!'s daily newsletter here.

Love Island continues on Monday night at 9pm on ITV2 and ITV Hub. Episodes are available the following morning on BritBox.