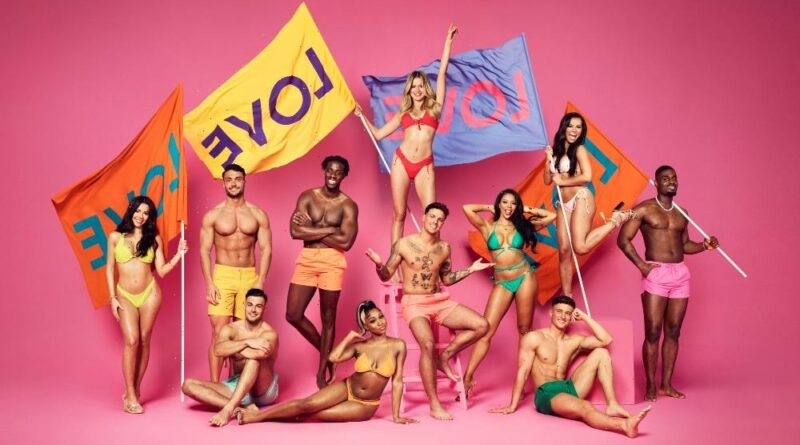 “Love Island,” a British reality show featuring young singletons courting each other in a hot location, suddenly seems to be cooling off.

Returning to ITV2 last week, and debuting on Hulu on Jan. 30, the winter series reportedly attracted just over 1.4 million viewers for its debut episode, down a million from its previous season opener. Meanwhile, “Love Island Aftersun,” a spin-off chat show now hosted by Maya Jama, reportedly had more overnight viewers than the main show that preceded it.

Now, it’s worth noting that when ITV aired a winter “Love Island” in 2019, the initial ratings also dipped, leading some critics and pundits to write the show off. And yet, four years later, the grafting and mugging-offs continue unabated. ITV bosses are also still likely to be satisfied by the numbers. Having recently launched streamer ITVX, a winter season is a way to advertise to younger viewers on their shiny new platform — and away from streaming rivals such as Netflix.

Yet despite all this, it feels like the wind has been taken out of “Love Island’s” sails. You can just feel it. Part of this is down to controversies surrounding the show, with rival Channel 4 recently airing a documentary on the realities faced by ex-contestants after leaving the villa. But some of it arguably comes down to the sudden excitement of another reality show: “The Traitors,” an unexpected hit that aired on the BBC before Christmas.

An adaptation of the Dutch format “De Verranders,” the format is an elaborate game of wink murder, where contestants have to work out who among them are ‘traitors’ and get to the end of the game without being detected. Airing three times weekly as a distraction from the World Cup, the finale not only attracted a respectable 3.2 million for its final episode, but it was also the second most watched show on streaming service BBC iPlayer over the festive period.

Part of the “Traitors’” success can be chalked up to the show’s unpredictable format, and maybe also British host Claudia Winkleman wearing the most ridiculous polo neck I have ever seen. But it was also very much down to the casting.

The show cast a cross-section of more “ordinary” players, ranging from 20-something charity fundraiser Wilfred to Welsh retiree Andrea, who’s in her seventies. These people were of course cast because their personalities would make great television. Who can forget magician Tom, who claimed to be one of the world’s greatest illusionists and can obviously detect a traitor, but then couldn’t detect a traitor, and was ultimately voted out as a suspected traitor. Ultimately, it felt like these were people you could easily pass on the street; that they were there to lean into the game first, rather than expect anything else. It made you feel like you weren’t seeing a persona, but rather people’s real selves. The show also made you wonder how you, too, might have coped if you were a contestant.

These days, it just doesn’t feel like that on “Love Island.” In fact, it can often feel like the contestants’ primary motive isn’t really to find love, but rather sign an Instagram collab deal followed by an appearance tour of 40 depressing nightclubs.

Yet, despite a dramatic finale (don’t worry, no spoilers), the U.S. version failed to resonate with British viewers as much as the British one. Even though both versions looked and felt the same and were filmed in the same location, a major difference in the U.S. version was the decision to cast reality show contestants from other shows alongside regular game players. As a result, their personalities got in the way of the format: You couldn’t tell whether the contestants were really affected by the twists and turns of the game, or whether they were hamming it up for the cameras. It all felt rather ironic, actually. The decision to include typical reality show contestants unintentionally made the whole show end up feeling more fake.

The success of “The Traitors” also highlights that young people don’t mind seeing a much broader selection of people on television, rather than only people around their age. Another show that’s been able to attract a large number of younger viewers throughout its run, despite contestants of all ages, is “The Great British Bake Off.” Then there’s “Race Across The World,” a reality show format where ordinary members of the public from all different ages race each other around the globe (mostly on cheap public transport).

The show is compelling not due to the unpredictability of who might eventually win, but also because it features ordinary people realizing first-hand the benefits that travel can bring to their lives. The show hasn’t aired during the pandemic due to rules around international travel, but the BBC is moving the show to a prestigious BBC One slot this spring.

All of this raises the question about what direction “Big Brother” will go when it returns to British television later this year. With the Channel 4 format set to air on ITV, the same channel as “Love Island,” will it lean into a more ‘ordinary’ feel, harking back to the format’s early years? Lean into personalities that were common in its later seasons? Or come up with a hybrid of influencer-style contestants more closely associated with “Love Island”?

This, of course, pales in comparison to a more important question: Will the new host follow Davina McCall’s famous catchphrase and “fancy another one,” too?