The May 2017 terror attack at Ariana Grande’s concert in Manchester, England, served as the inspiration behind the title of the pop star’s upcoming fourth album, Sweetener.

“It is called Sweetener … because it’s kind of about bringing light to a situation or to someone’s life or somebody else who brings light to your life or sweetening the situation,” Grande, 24, revealed during an appearance on The Tonight Show Starring Jimmy Fallon on Tuesday, May 1. 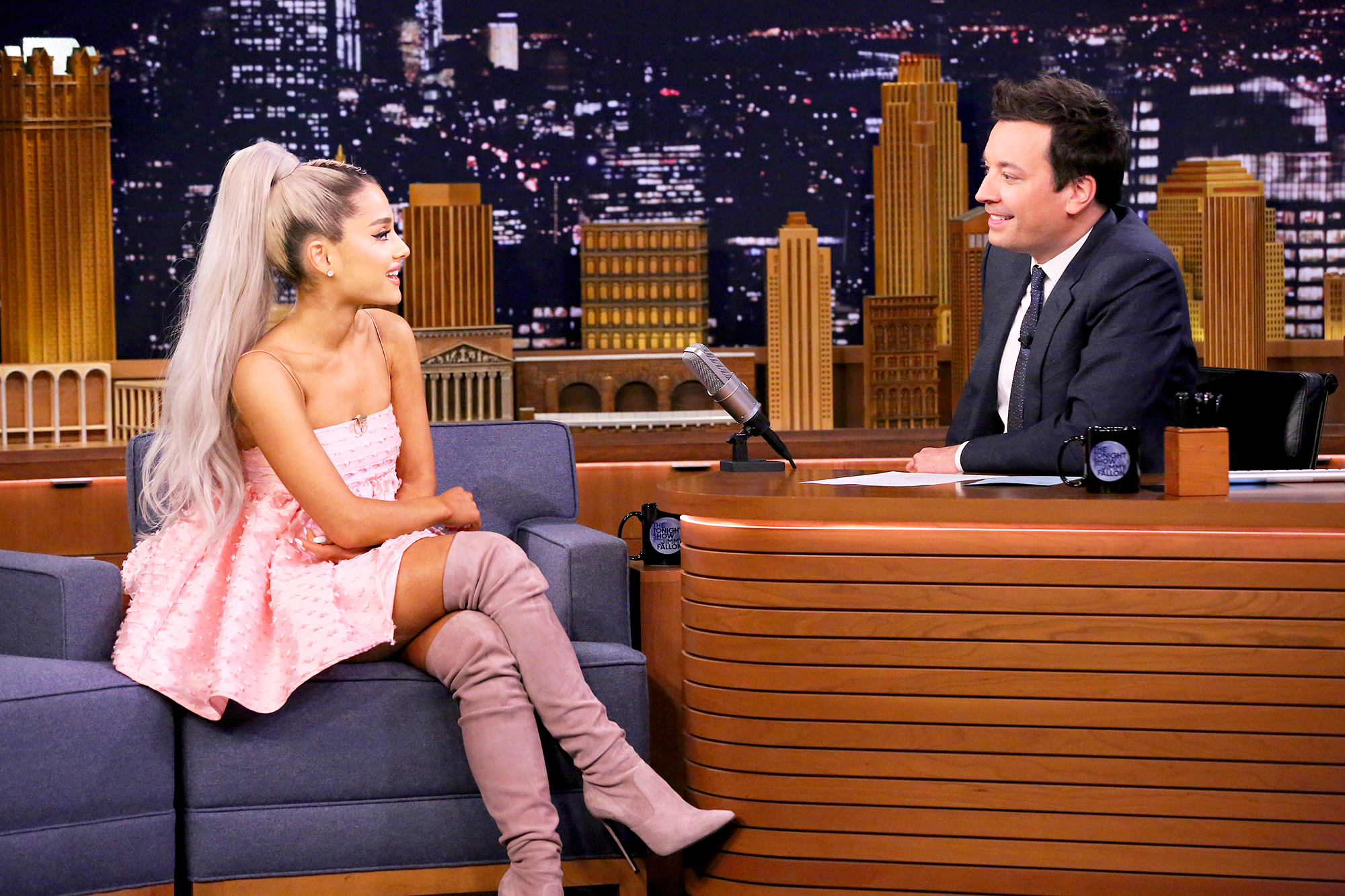 Both the full LP (out July 20) and its recently released lead single, “No Tears Left to Cry,” mark the first new music that the Grammy nominee has released since the bombing, which killed 22 people and injured many others. Grande largely kept a low profile in the months that followed, aside from her One Love Manchester benefit concert.

“I know it’s just tough for everybody, tough for fans and tough for you,” Jimmy Fallon said on Tuesday. “I know you haven’t done any interviews, and I understand that. I just want to say thank you so much for coming on the show and for being so strong, for entertaining, for showing up, for going back to Manchester and doing a benefit. I just think you’re so strong.”

Grande was visibly eager to spill additional details about Sweetener. “I’ve been away too long. I want to say everything,” she said before revealing the titles of four new songs: “R.E.M.,” “The Light Is Coming,” “God Is a Woman” and “Raindrops.”

She explained that “Raindrops” is the intro to the project and it features a sample from “An Angel Cried,” the the 1950s song that she later found out was cowritten by her late grandfather Frank Grande’s best friend Charles Calello.

“That really gave me goosebumps,” Grande said. “It was almost like he was like, ‘OK, the album’s done, girl.’”