Within hours of Opposition Leader Matthew Guy making public his view that Tim Smith should quit politics at the next election, the men and women who run the Liberal Party in Mr Smith’s seat of Kew passed a resolution firmly backing their local member.

The resolution by the executive of the Kew Electorate Committee – circulated to a group of influential Liberal Party members who, for as long as anyone can remember, have shaped political fortunes in that part of Melbourne – can be seen as two things. 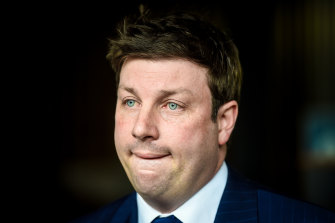 The first is that Mr Smith, for the same reasons he infuriates Labor Party supporters and some moderate Liberals, retains the loyalty of many of his local branch members, who see him as one of the few people in Parliament willing to take things up to the Andrews government.

The second is that the Liberal Party in Kew, like many local Liberal Party branches, doesn’t like to be told who it should preselect. To anyone who has already decided that Mr Smith’s political career is toast, the resolution can be read as an up yours from Kew.

Jane Hargreaves, a local Liberal Party member and Kew elector who helped prepare the ground for Mr Smith to enter state politics, says the notion that the Victorian Liberals would be better off without him is ridiculous.

Ms Hargreaves was one of the first people Mr Smith called on Sunday to apologise as the news broke of his drunken car crash. She told him he still had her support. 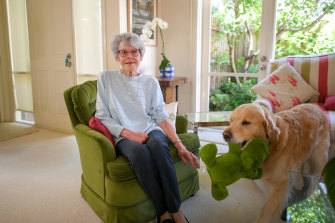 “He made a shocking mistake,” she said. “But I don’t think he should lose his job, I really don’t.”

Ms Hargreaves said there were no excuses for drink-driving and Mr Smith did himself no favours by insisting during a laborious press conference on Wednesday that he had blown 0.131 after drinking just a few glasses of wine. But she remains convinced the party needs his political talents and energy.

“I am pretty cranky with Matthew saying he shouldn’t stand again. Being the head-kicker, a lot of people don’t like him, but we need someone like that in state opposition. A lot of the Liberal opposition pollies have been there for too long and don’t do anything. He works like a devil.”

She warned against the state party headquarters intervening in a Kew preselection. “All hell would break loose if they did.” 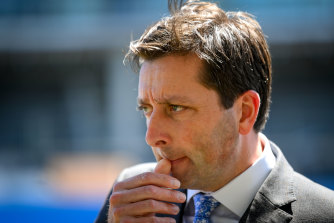 Matthew Guy on Thursday stood by his view that Tim Smith should quit politics. Credit:Eddie Jim

Mr Smith has been working all week to gauge the local support for him re-contesting Kew, a once-safe seat likely to be decided at the next election by the flow of Greens preferences. Not all his former backers believe he should.

Jolyon Edwards, the owner of The Cleaning Shop in Kew for more than 30 years and the president of the local Studley Park branch of the Liberal Party, has known Mr Smith since he was a young, local mayor campaigning against clearway parking restrictions along the busy shopping strip.

During the 2018 state election, Mr Edwards agreed for a massive billboard of Mr Smith’s face to be erected on his shop at the top of the High Street hill.

He agrees with Mr Smith’s conservative politics but said the focus needed to be on the impact of the government’s lockdown policies on small and medium-sized businesses and people’s mental health – not the career prospects of one MP. 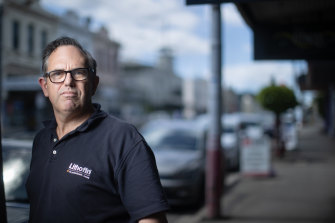 He said the stakes at the next election were made clear to him eight weeks ago when an older woman who had walked past his shop for years stopped and bluntly told him that being cut off from friends and family had made her contemplate suicide.

“She had effectively researched how to end her own life because she couldn’t see a way out,” he said.

Like Ms Hargreaves, Mr Edwards received a call from Mr Smith on Sunday. The counsel he offered was very different.

“My opinion is he needs to do some soul-searching and ultimately come up with what’s best for the Liberal Party in supporting Matthew Guy and the team and hopefully, challenging the government.”

Mr Smith is yet to make a decision on whether to seek re-election in Kew. As of Thursday, there were no rival candidates nominated for preselection. Nominations close on November 12.

The last time a Liberal leader tried to influence a Kew pre-selection, it didn’t end well.

In 2014, when state government minister Mary Wooldridge lost her seat in a redistribution, then-premier Denis Napthine tried to parachute her into Kew. As soon as she landed, Ms Wooldridge realised that the seat had been secured long ago by Mr Smith.

Mr Smith for the best part of two years had embedded himself with the branch members, party stalwarts and Liberal powerbrokers of Kew. One of his preselection fliers carried endorsements from Mr Edwards, Olympic rowers David Crawshay and Drew Ginn, and a clutch of local party heavyweights: Bill Clancy, Kyle Wightman, Pat Holdenson and Richard Alston.

Mr Alston, a former state president and chairman of the Kooyong Electorate Conference which controls federal Treasurer Josh Frydenberg’s overlapping federal seat, backed Mr Smith in 2014 as a candidate for much-needed party renewal. When contacted by The Age on Thursday, he said his view about Mr Smith hadn’t changed.

“We all make mistakes,” he said. “This is a serious one, as Tim acknowledges, but you need a proportionate response. The punishment ought to fit the crime.”

Mr Frydenberg is a friend and political ally of Mr Smith and Mr Guy, who understands from his own seat how hard the Liberal Party needs to work to hang on to Kew, an electorate now ringed by Labor territory. His support will carry enormous weight in a contested preselection ballot. So far, his public comments about Mr Smith have been carefully balanced.

“He needs to take the time to reflect on his own position, do some soul-searching and reflect on the words of his state leader, Matthew Guy, and make a decision on his future in coming weeks,” he said on Thursday.

A party insider said that Mr Frydenberg’s support was essential to Mr Smith. “I don’t think Tim would be taking the route he has unless he has Josh’s backing that he can tough this out.”

There are a little over 400 Liberal Party members registered to branches in Kew. If Mr Smith decides to contest preselection, he needs a simple majority to win. From there, his path back to state politics would still be fraught.

The party’s administrative committee has the power to block preselections and, in effect, insert its own candidates. Whoever is preselected would then face a difficult task to hold the seat against a rising Labor and Greens vote.

Although Mr Smith’s prospects of finding a way through all this appear bleak, a defiant message is starting to resonate from Liberal branch members: don’t let them hound you out.