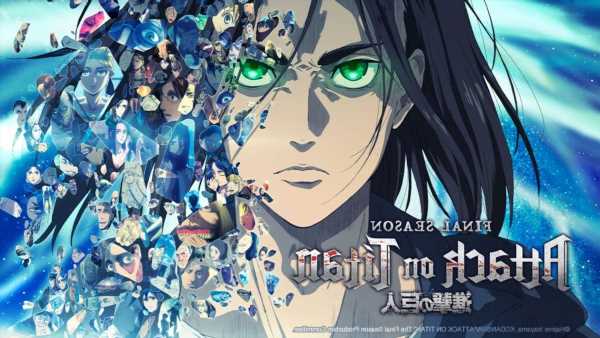 Attack on Titan Season 4 Part 2 premieres on Jan. 9, and the new episodes will bring Eren Jaeger’s story one step closer to its conclusion. The anime’s final season promises to tie things up with another epic battle — this time, with the fate of humanity on the line. The stakes are high, and fans are eager to dive in. So, when do new episodes of Attack on Titan come out on Funimation and Crunchyroll?

Attack on Titan Season 4 Part 2 kicks off on Jan. 9, and new episodes of the final season will drop every Sunday from there on out. According to Decider, Studio MAPPA has confirmed that there will be a total of 12 episodes in this upcoming outing. That means fans can expect new content well into March.

The second chapter of season 4 will pick up with Marley’s army arriving at Paradis Island just in time for Eren and Zeke to put their euthanization plan into effect. It seems Reiner will attempt to stop them — and he could have help from some of the Eldian army if the trailer is anything to judge by.

The coming episodes are likely to decide the fate of both nations and maybe even humanity as a whole. When can fans expect them to drop on platforms like Crunchyroll and Funimation?

When do ‘Attack on Titan’ episodes drop on Funimation and Crunchyroll?

According to Crunchyroll, new episodes of Attack on Titan Season 4 Part 2 will arrive on its platform at 12:45 p.m. PST. That means viewers throughout the U.S. can look forward to an afternoon release every Sunday. The release time will be the same for Funimation.

The installments will be available in the following regions: North America, Central America, South America, Europe, Africa, Oceania, the Middle East, and CIS.

So, now that fans know when they can look for new content, what should they expect from Eren, Armin, and Mikasa in the coming installments?

With just 12 episodes listed for Attack on Titan Season 4 Part 2, fans have to wonder how the anime will close Eren Jaeger’s story. Thus far, the adaptation has stuck closely to Hajime Isayama’s manga series. And although the trailer doesn’t suggest any major deviations, 12 installments don’t seem like enough to work through the source material.

The footage teases a major battle on the horizon, as well as some answers about Ymir Fritz. It doesn’t give away much beyond that, leaving fans to wonder if there could be more planned beyond Attack on Titan Season 4 Part 2. They’ll have to stay tuned to see how things play out. Either way, it looks like more action and drama are a given.