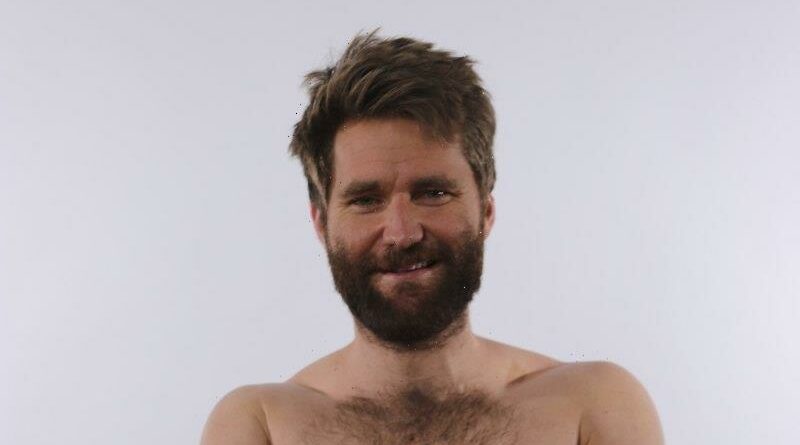 Franky Wood is a knockabout Sydney plumber who loves a beer and a laugh. He’s up for anything, which is why he entered Heat FM’s search for Australia’s Sexiest Tradie. Having made the top 10, he’ll stop at nothing to show off his hot bod and his awesome dance moves. 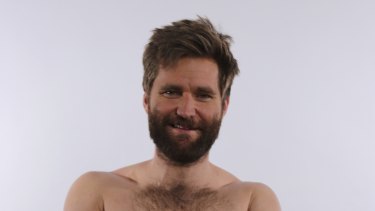 Rick Donald turns the camera on a certain type of Australian male in Australia’s Sexiest Tradie.Credit:

Mercifully, Australia’s Sexiest Tradie is not another reality show. It’s a six-part mockumentary by actor Rick Donald (Home and Away, Wentworth), who plays the lead role. Inspired by his time on unscripted New Zealand comedy Educators, he turned the single camera lens on a certain type of Australian male.

“I wanted to make Franky like a car accident you can’t look away from,” says Donald. “He’s such a tosser. I believe that most of the tradies in Australia are hard-working, normal human beings. But then there’s that 1 per cent like Franky that spoil it for the rest.”

In the tradition of Kath & Kim, with shades of Chris Lilley, Australia’s Sexiest Tradie delights in sending up the suburban Aussie bogan, while exposing their vulnerability. For Franky, a “shitty little radio station competition is like Australian Idol – the big time”, and more reason to treat like doormats his best mate, Grub (co-director, Jason Perini) and his girlfriend (Briallen Clarke, The Heights), whose nickname is a revolting example of casual misogyny. He’s an idiot at work, to the chagrin of his boss (Peter Phelps). But it’s in his interactions with his dad (Steve Le Marquand) that the root of Franky’s issues becomes clear.

“If you look deeper, you can see that he’s a product of learned behaviour from a toxic father,” Donald explains. “The bully learns the behaviour from another bully. Franky’s unevolved and ignorant, but it comes from a long line of men that were like that. Unfortunately, he’s living in 2021 and you can’t get away with that shit anymore. It’s tragically funny to see something like that trying to exist today.”

Donald describes his own father as “the most loving, nurturing clown”. Growing up in Townsville, he had mates who weren’t so lucky.

“I know people that have had very distant relationships with their fathers and we don’t see that on telly often. It’s pretty ugly. I’ve chosen to look at a tough love scenario and what that would do to someone … It’s not the type of thing that blokes will watch in a drama but they’ll probably watch it in a comedy – it’s a bit of filter.”

Franky’s also a product of his time, seeking to capitalise on his instant fame with social media posturing.

“People like Franky have platforms now that make them feel a bit cool … Franky Wood’s Instagram account would be absolutely tragic and he’d probably have a lot of followers because people would be taking the piss out of him.”

In one memorable scene, Franky gets a full “back, crack and sack” wax for the competition photo shoot.

“We turned up to a massage parlour-slash-beautician and said, ‘Can we bring a camera in?’ and they said, ‘Yeah, just pay for the wax’. So it is very much like a documentary because we only had one take for a lot of stuff. I’d never waxed anything in my life and I thought it was a one strip at a time and I quickly learnt it was like a machine gun. I look back at that fondly now but the crew and Peter Phelps were pissing themselves. The screams were real.”

The character is not such an extension of the men reality shows love to hate.

“Can you imagine watching Franky on The Block or something like that? You’d have to censor him so much. He’d be a walking liability … The truth is funny and it’s sad at the same time.”