Despite smashing box office records on it’s opening week, the cast of The Avengers: Infinity War found some time to read notes from their adoring fans — in the form of mean tweets!

On the Monday, April 30, episode of Jimmy Kimmel Live!, several superheroes from the Marvel franchise — including Scarlett Johansson, Benedict Cumberbatch, Chris Pratt and Chris Evans — were featured in the late-night show’s “Mean Tweet” segment, where celebrities read unflattering social media posts about themselves.

Despite the unfriendly comments — one person said Don Cheadle looks like a mix between a beetle, a muskrat and a roach — the stars were able to find humor in the negativity.

“Scarlett Johansson has the emotional range of a f—king celery I hate while people,” the Black Widow actress, 33, paused, before making a shocked face. “All of us?” she wondered.

“Elizabeth Olsen has weird f—king thumbs,” Elizabeth Olsen, who plays the Scarlet Witch in the franchise, laughed, before showing off her bendy finger. “It’s true, I do.” 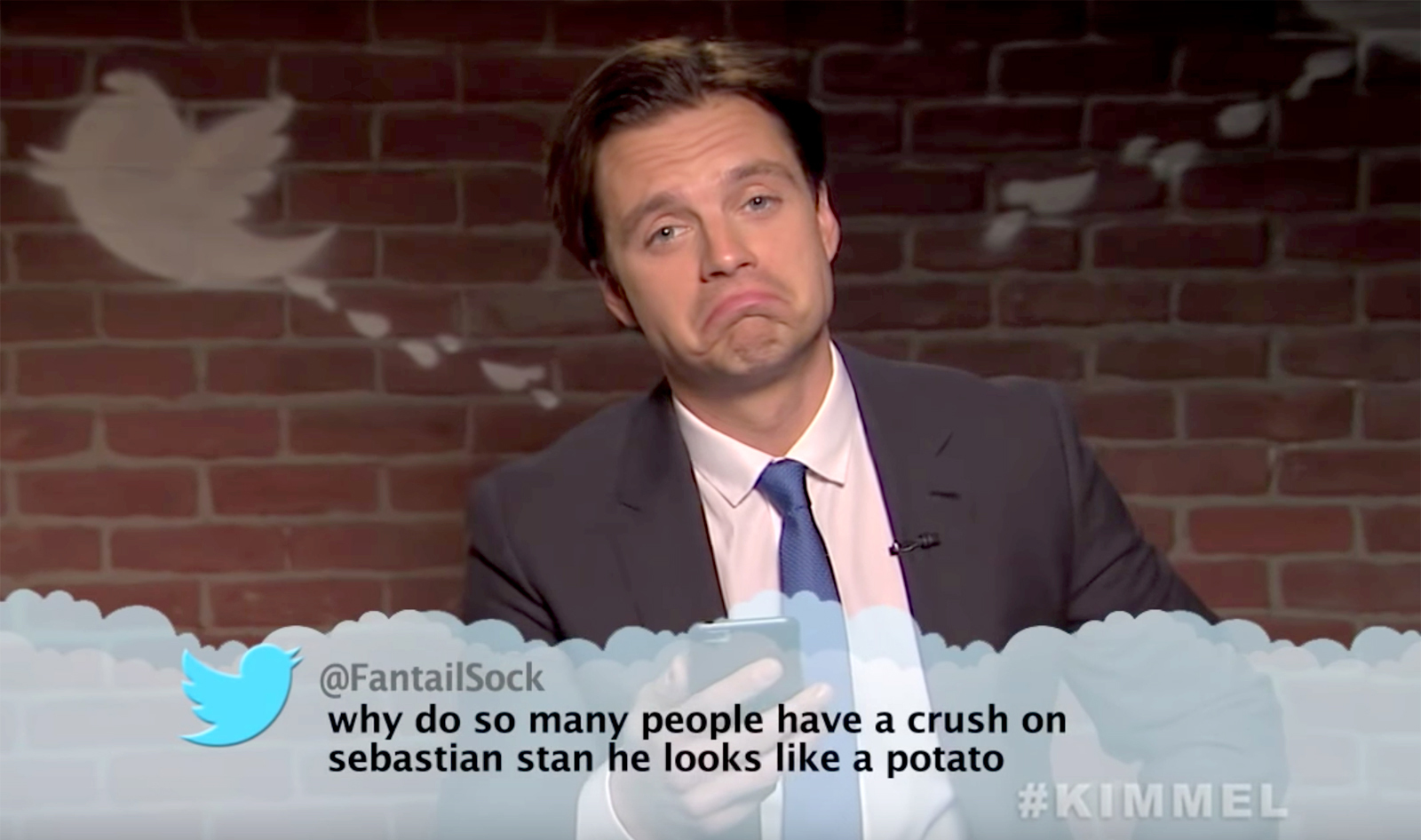 Good-natured Pratt didn’t take too much offense to having his manhood challenged. “If I said it once, I said 600 times, Chris Pratt is still a p—sy,” the Guardians of the Galaxy actor, 38, deadpanned before nodding in agreement.

The best response to the haters was Evans, who burst into laughter while sharing his mean tweet: “Perhaps Chris Evans is in truth a great actor but he plays Captain America like he’s a big dumb hunk of sh-t.”ad. 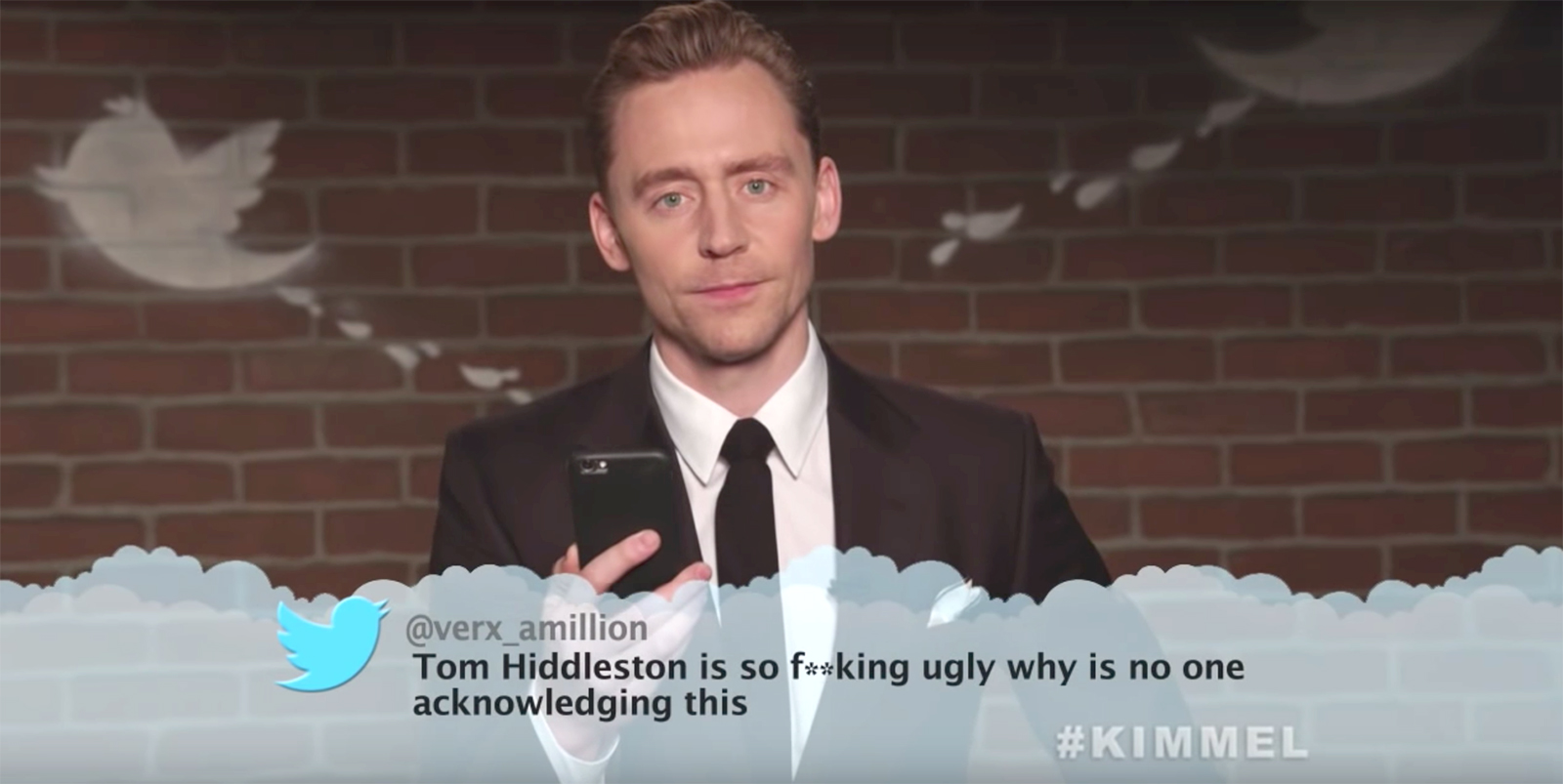 The Avengers: Infinity War stars have every reason to be in good spirits. The epic film now holds the record for the top worldwide opening weekend of all time, while also beating Star Wars: The Force Awakens for the biggest domestic opening weekend in the United States. “Honestly, this is a result that goes unbelievably beyond what anyone would have expected, Disney Worldwide Distribution Chief Dave Hollis told Deadline on April 30. “But it’s also a reflection of what 10 years of really methodical work and a great campaign, and an unbelievably strong movie and every single person being in the movie and what that means for driving people into cinemas.”