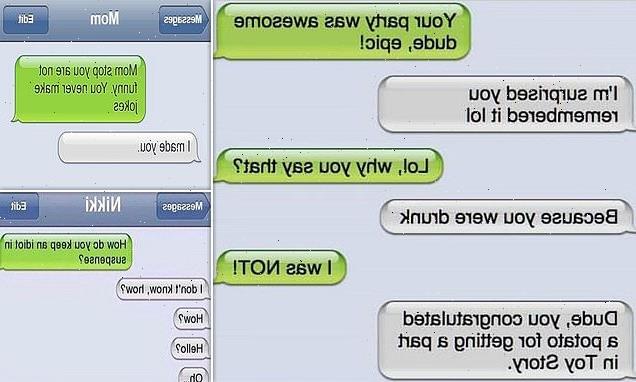 Step away from the phone! Awkward texts reveal messages that would have been better off unsent

They say you can’t judge someone’s tone through texting or see their body language, which can lead to misunderstandings, not to mention the perils of autocorrect fails.

But sometimes, there’s no excuses for a cringeworthy message that should just never have been sent, such as these missives from around the world collated by deMilked.

One awkward mishap saw a man who had been involved in a car accident apparently confess to having sex with both his friend’s wife and daughter, due to a crucial part of the message not being delivered.

Elsewhere, the morning after the night before, a man tried to claim that he wasn’t drunk, only to be told by his friend that he’d congratulated a potato for being cast in Toy Story.

Here, FEMAIL shares some of the best examples of texts that will leave the senders cringeing. 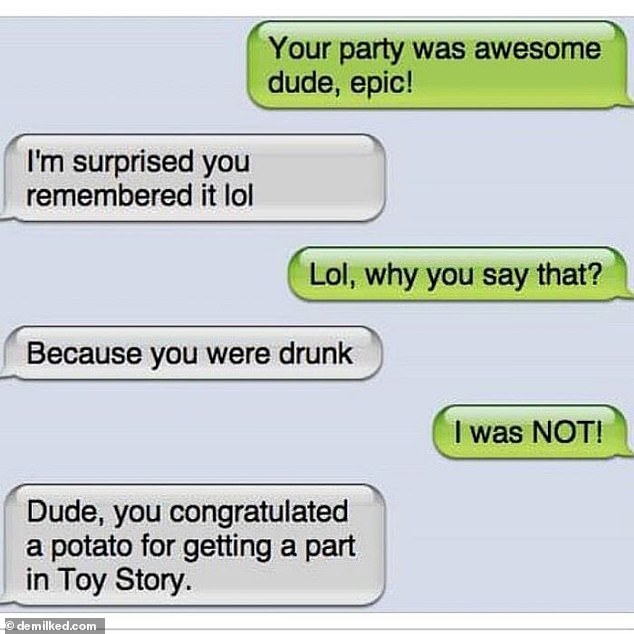 ‘Don’t talk to any toys you don’t know!’ This person was adamant that they were in control, but their friend reveals that they thought a humble spud was in fact a movie star 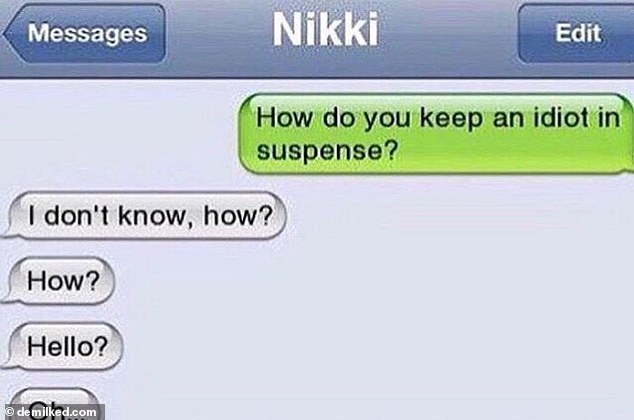 Fell for it! Nikki was a bit gullible here. You’d think after the second text she may get the idea, but no – it takes four for the penny to drop 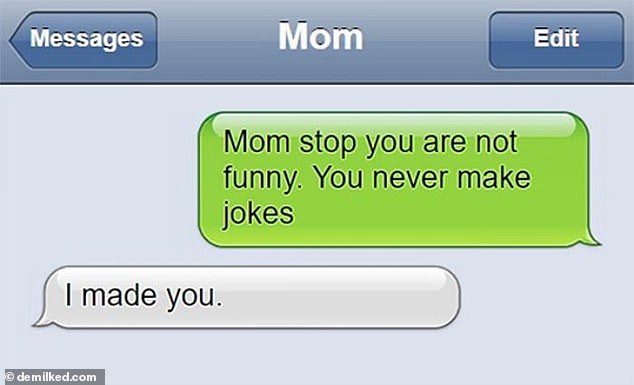 Burn! This mother from the US proves she is very funny and wins the argument with her child by making them the punch line 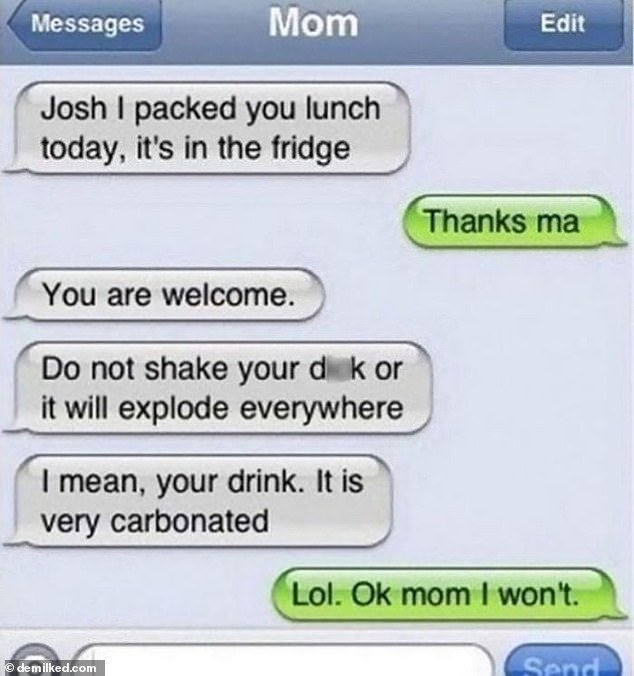 Autocorrect fails! In the US this son takes his mother’s awkward typos in good spirit, however, he may be wise to tell her to read through her messages before pressing send 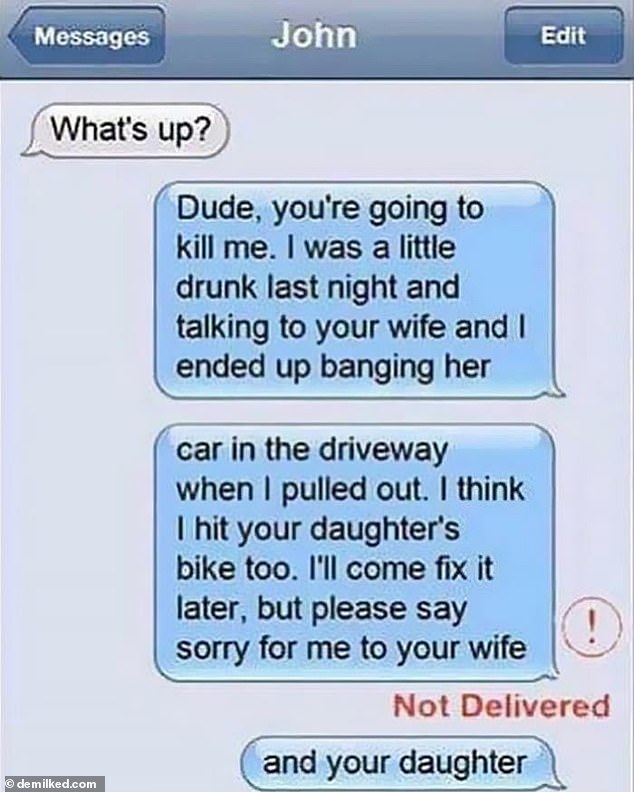 Well this is awkward! John was feeling guilty after driving into his friend’s wife’s car and daughter’s bike. His friend may well ‘kill’ him if he doesn’t get that message delivered 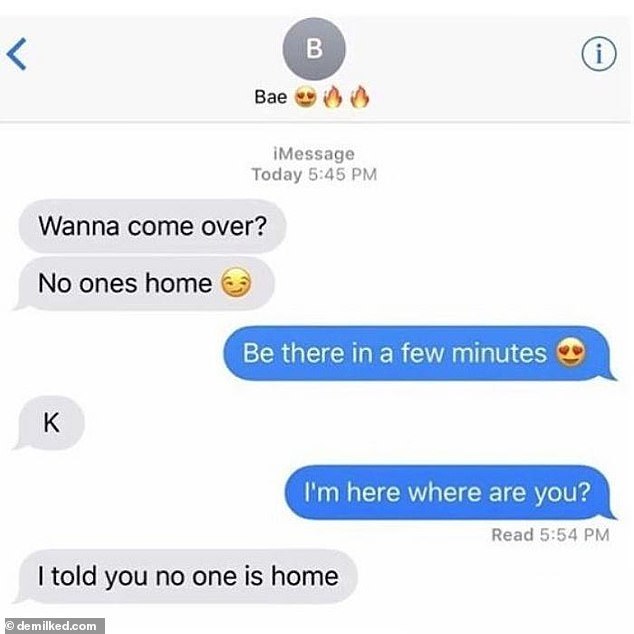 Bad flirting! Bae really needs to practice their game here or tell their lover where to meet them next time 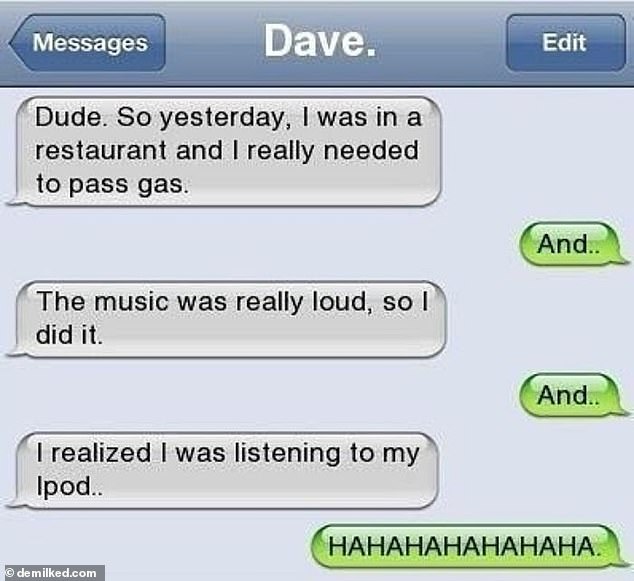 They can hear you! The downside of technology at its best. Dave had no sympathy here when his friend revealed that he had let one rip in public, not realising that everyone could hear him 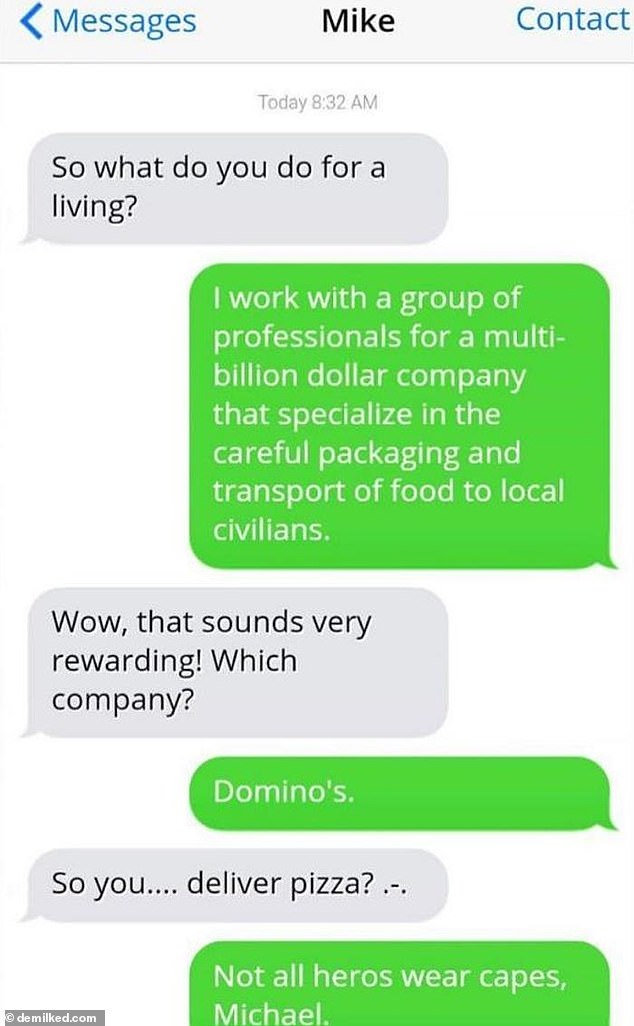 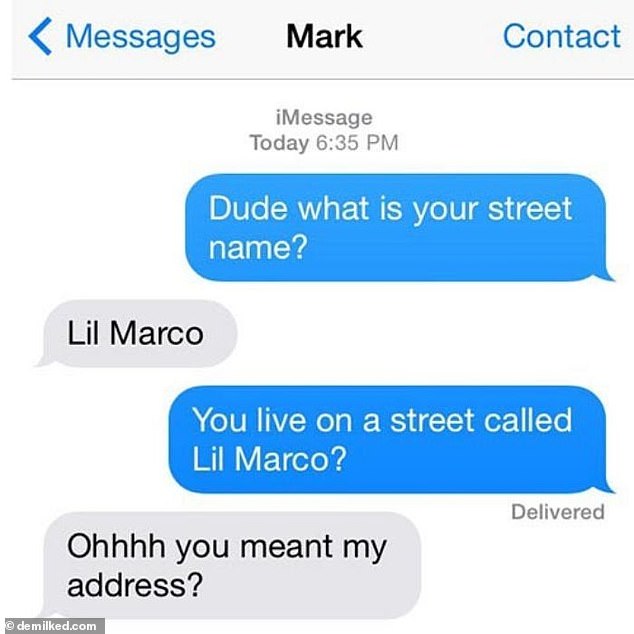 Dope! Lil Marco revealed his secret identity when he misread this text – makes you wonder what the rest of the crew are called 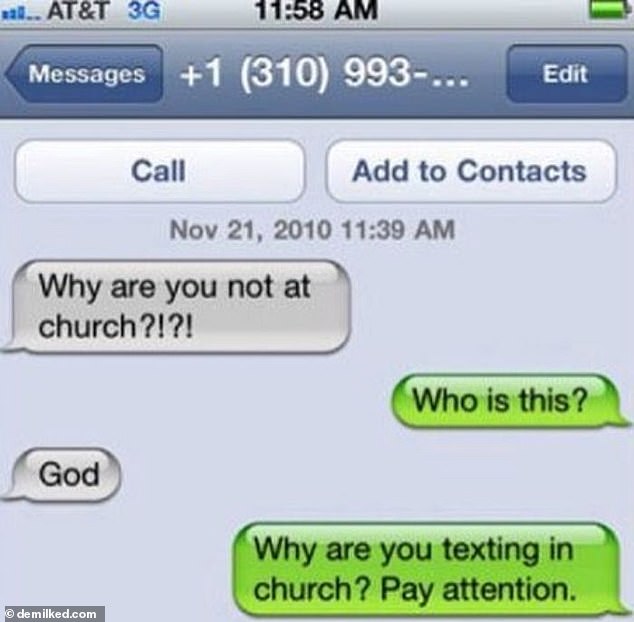 Not in the House of God! In North America God is not respecting his own rules when he starts texting round to ask his friends where they are 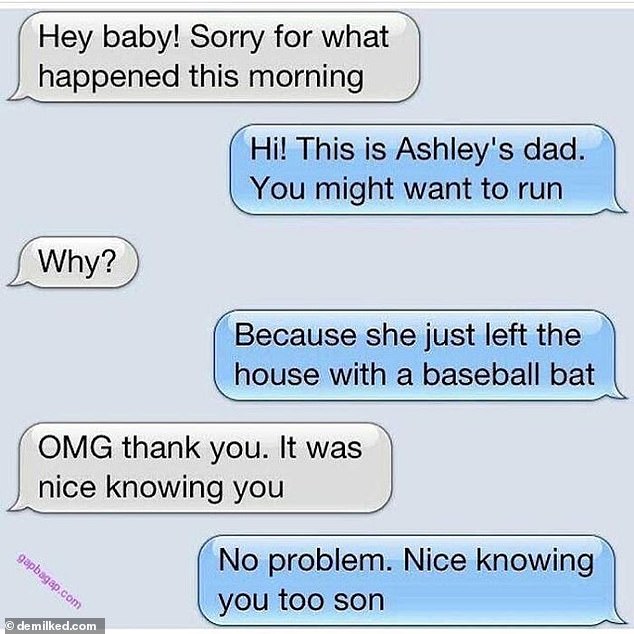 Got your back! Ashley’s dad has his daughter’s boyfriend’s back, when he gives him warning that his daughter is on the war path 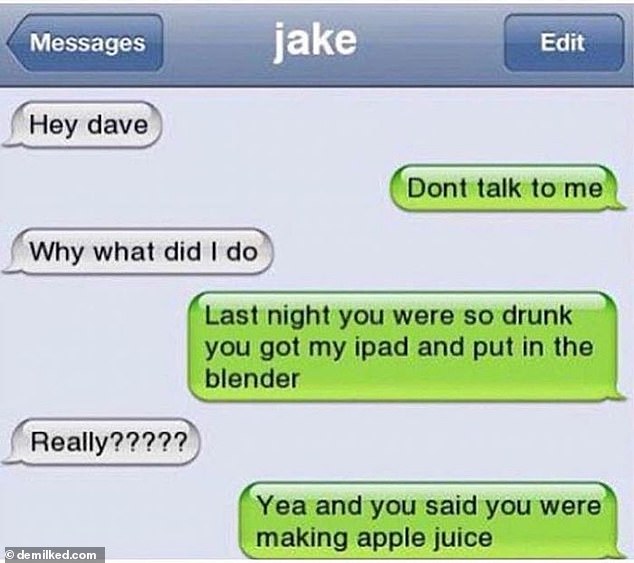 Oh dear! Jake better count up his pocket money as he either owes Dave a new iPad or a lot of apple juice 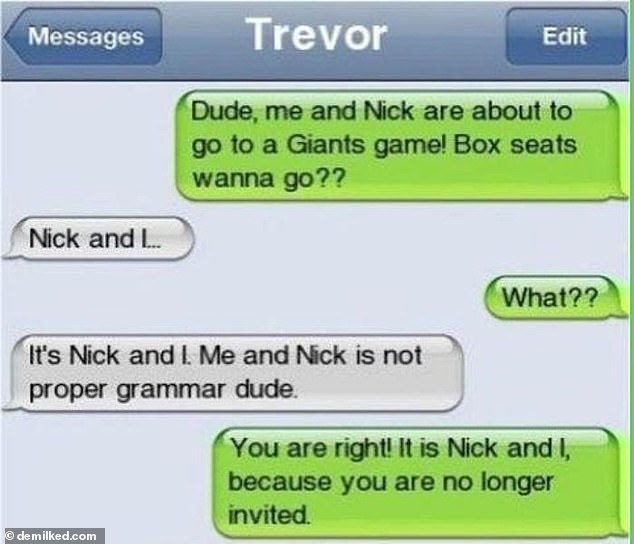 Go back to school! Trevor maybe pushing this one and should just accept the invite, but instead he tries to teach his friend a lesson in grammar