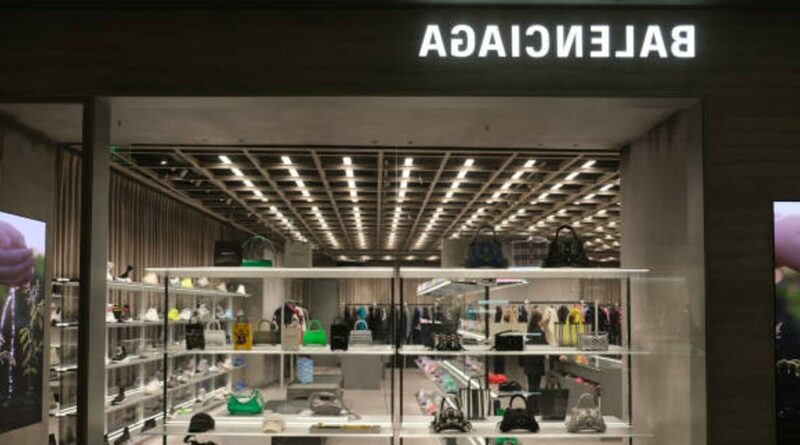 A luxury fashion house founded in 1919 by the Spanish designer Cristóbal Balenciaga in San Sebastian, Spain. Balenciaga produces ready-to-wear, footwear, handbags, and accessories and licenses its name and branding to Coty for fragrances. The brand is currently owned by the French corporation Keringm Balenciaga announced Friday afternoon that it would be ceasing litigation around one of its two controversial ad campaigns. In a statement shared with Rolling Stone, Balenciaga CEO Cédric Charbit said the company wanted to learn from its mistakes and would be implementing a series of actions in response — including creating a new board responsible for approving all images, hiring an external agency to evaluate content, and reorganizing the image department. But most notably, Balenciaga said it has decided “not to pursue litigation,” dropping a lawsuit it filed only one week earlier against a production company and set designer they claimed were responsible for the offending spring 2023 campaign.

RELATED: Stephen Curry Allegedly Close Into Lifetime Contract With Under Armour Worth More Than $1 Billion

According to Rolling Stone, the news comes following swift backlash against the luxury fashion house’s holiday campaign. The photos featured young children (reportedly children of company staff) holding what appeared to be BDSM-themed teddy bears — an outrage that grew after an unrelated Spring 2023 campaign included documents from a Supreme Court case about child pornography.

In an initial lawsuit filed Nov. 25, representatives for Balenciaga said the desk items from the Spring campaign were supposed to be fake legal papers rented from a prop house but somehow ended up being real and blamed production group North Six and set designer Nicholas Des Jardins. The filing said that they were “malevolent or, at the very least, extraordinarily reckless.” Balenciaga asked for $25 million in damages, but failed to provide any exhibits or additional claims in the three-page lawsuit.

An attorney for Des Jardins told Rolling Stone at the time that the set designer was not responsible. “There certainly was no malevolent scheme going on — as Balenciaga is aware, numerous boxes of documents simply were rented from a prop house,” the attorney said. “Moreover, representatives from Balenciaga were present at the shoot, overseeing it and handling papers and props, and Des Jardins, as a set designer, was not responsible for image selection from the shoot.” And sources close to North Six added that the company wasn’t involved with creative direction or on-site for the final photos.

When reached for comment on Friday by Rolling Stone, North Six declined. Representatives for Des Jardins did not respond.

In addition to the editorial changes, Balenciaga added that it is in the process of creating a grant fund intended for organizations that help protect children.

“We want to learn, help, and contribute to protect children,” Charbit said Friday. “I want to personally reiterate my sincere apologies for the offense caused and take my responsibility. At Balenciaga, we stand together for children safety and do not tolerate any kind of violence and hatred message.”

READ NEXT: Bob Dylan’s ‘Desolation Row’ Handwritten Lyrics Are Being Sold for $425,000