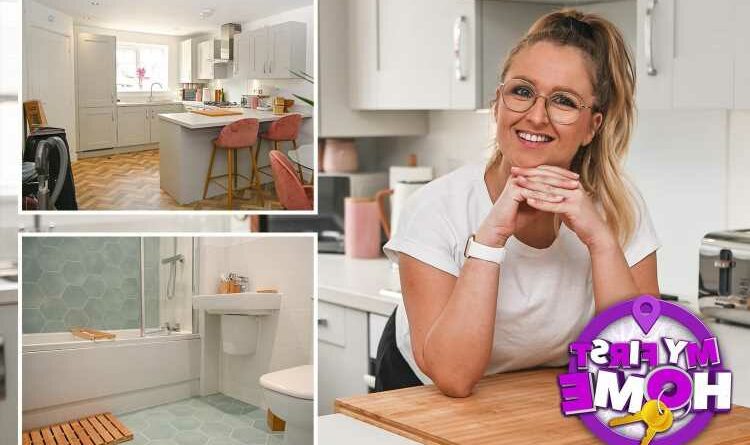 FIRST-TIME buyer Lucie Krajankova struggled to get a mortgage after being furloughed during the coronavirus crisis.

The 36-year-old hospitality manager had enough for a 5% deposit when she wanted to buy her first home last September but almost missed out due to stricter rules from lenders. 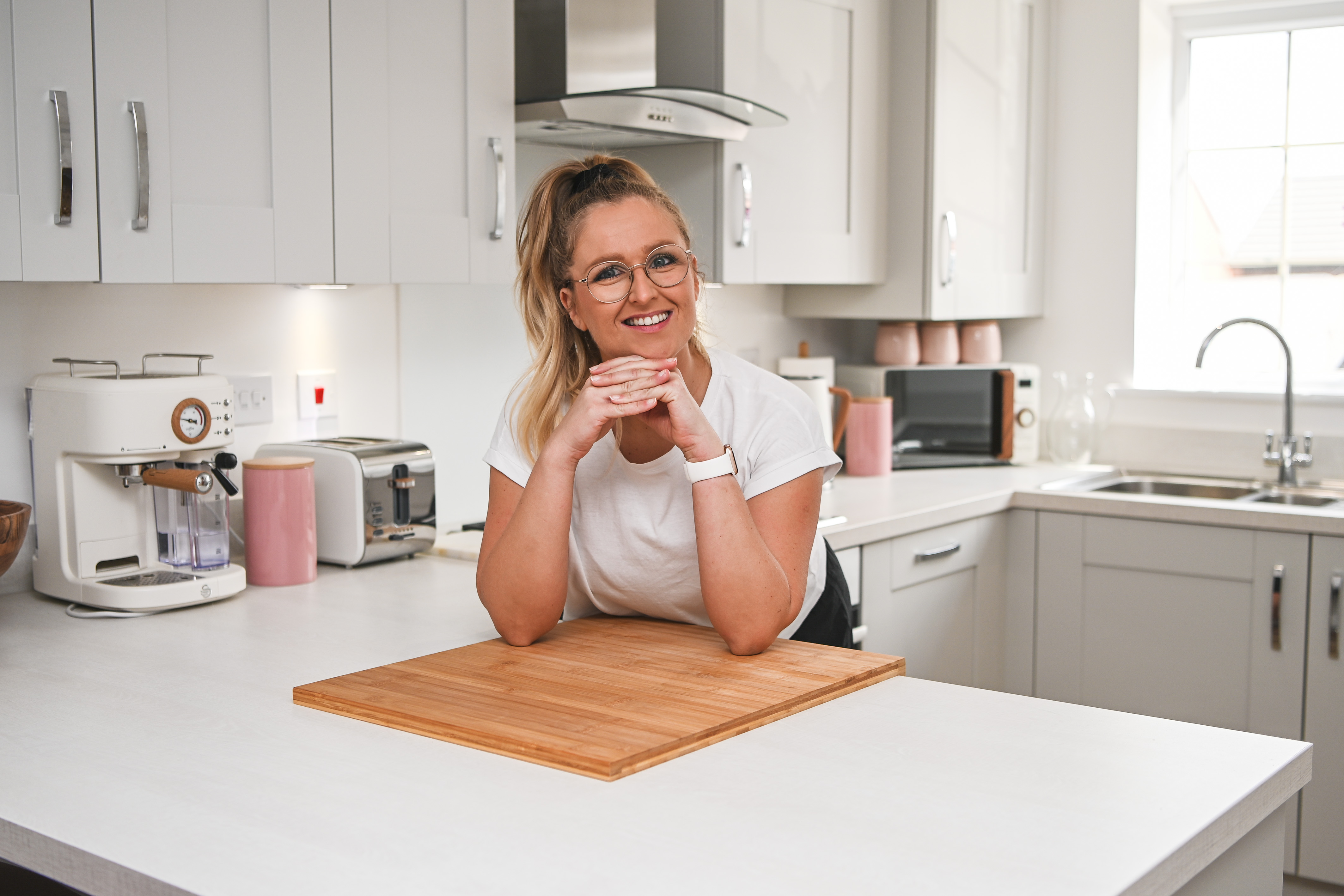 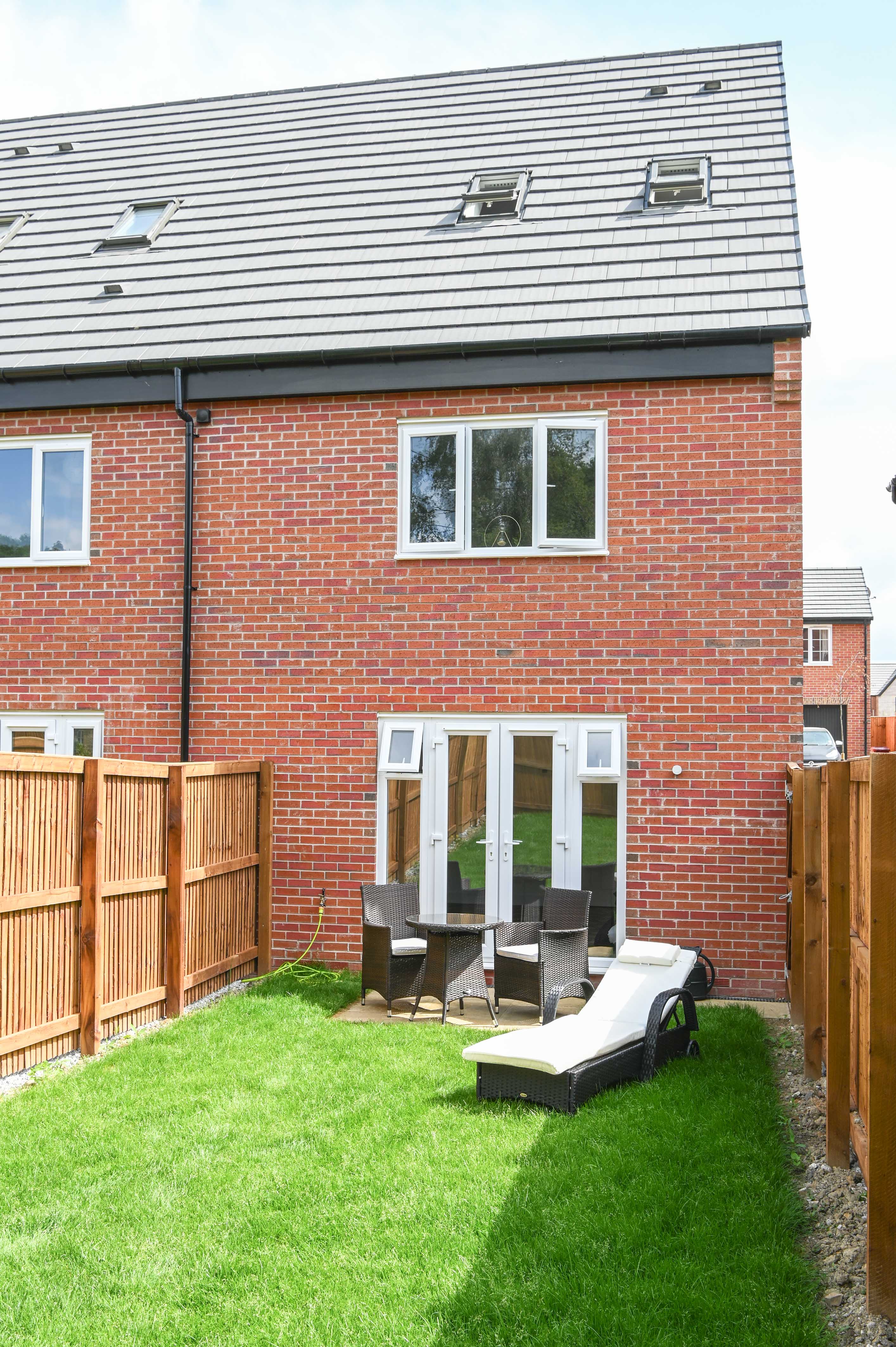 Millions of workers saw their pay drop due to furlough as the government funded up to 80% of salaries – up to a maximum of £2,500 per month.

Some big banks even stopped lending to those who were on furlough as they feared their jobs could be at risk.

Santander initially agreed to lend to Lucie to buy a three-bed, two-bath townhouse just outside Chesterfield, Derbyshire, despite only earning 80% of her usual £44,000 annual paycheck.

The high street bank ordered a valuation but then withdrew its offer when it came in £7,000 under the asking price.

The bank said the house wasn't worth the amount of money they were providing a mortgage for.

Lucie's broker tried to find an alternative lender, but struggled to find anyone willing to loan money to a buyer on furlough – despite taking a second job at a call centre to earn extra cash during lockdown.

Thankfully, Lucie was able to secure a second mortgage valuation that gave her the full amount – allowing her to go-ahead with her original Santander mortgage offer.

The Government’s Help To Buy Loan allows first time buyers with small deposits to borrow money from the Government to put towards their house, making it easier to secure a mortgage.

If you have a 5% deposit saved, the Government will loan you an additional 20% of the value of the property, allowing you to seek a 75% mortgage rather than 95%.

This can only be used on new-build, Government approved Help To buy properties, up to a maximum value of £600,000 in London, or less in other parts of the country.

What are the pros and cons of using the Help to Buy scheme?

THE current Help to Buy equity loan scheme sees the Government lend up to 20% – or 40% in London – of the value of your property.

You only need to put down just a 5% deposit for an eligible home – which are new-build properties.

So far, the scheme has helped 313,043 people get on the property ladder and dished out a whopping £18.9billion in loans.

The scheme was launched in 2013 to help low income Brits buy homes much easier.

Although the old Help to Buy scheme let you buy pricier properties anywhere in the UK worth up to £600,000, the new scheme has a lot of merits too.

Here's the pros and cons you should consider when applying for a Help to Buy Equity loan:

Lucie has now spoken to our My First Home series to share her top tips for anyone else looking to get on the housing ladder.

Tell us about your house

It’s a three-bed, three-storey house on a new build development in Derbyshire.

The ground floor has an open plan kitchen and lounge, with a breakfast bar that I instantly fell in love with.

One of my main criteria when I was looking for a house was that it had a south or south-west facing garden.

The garden is only small but it gets the sun all day from about 11am which is perfect.

How much did your house cost and how did you pay for it?

When I first started looking for houses to buy in November last year my budget was £200,000 – but as anyone who has bought a house will know, you soon get pushed up by the sales people!

I put down an offer for my £229,995 house in September last year when I found the house I was looking for.

As the house is a new build, I had the option of adding extras on.

I decided to upgrade the kitchen, bathrooms and appliances to a slightly higher-end finish, which increased the cost by £7,500 – making the house £237,495 in total.

I could have tried to get a mortgage with a 5% deposit, but as I was on furlough at the time, I decided to take out a £47,000 Help To Buy loan instead to bulk up my deposit.

It can also be difficult to get a mortgage with a 5% deposit, as only some banks offer it – and it would have been particularly hard for me while on furlough.

I applied for the Help To Buy Loan through my solicitor, who did all the paperwork for me and handled all the communication with the scheme.

With that extra money, I just needed to get a 75% mortgage from the bank.

I don’t have to start paying back the loan for five years, so I am planning to put money into a savings account with the highest interest currently available each month until then.

That should hopefully give me a bit extra to cover the 1.75% interest I am then charged on the loan when I start repaying.

I am also hoping the property may have increased in value by that point, so I might be able to buy the Government out when it comes to remortgaging.

How did you save for the deposit?

I opened my Help To Buy ISA seven years ago, but only started seriously thinking about buying a house towards the end of last year.

Before then, I would always save money making sure to put away as much as £1,200 a month.

But until recently, I prioritised it on holidays and enjoying my young, single life over trying to get on the housing ladder.

I’ll never regret that time, as I’ve had some amazing trips, but my attitude changed slightly as I started to get older and I thought it was about time I tried to stop renting.

When I started looking for a house last September I had around £8,000 in savings and was earning more than £40,000 a year.

For me it was relatively easy to save as I had very cheap rent of less than £400 a month.

Can you get a mortgage on furlough?

THE Government’s furlough scheme ends in September, but thousands of Brits are still getting the help.

It is possible to get a mortgage while on furlough – but you’ll probably find it tricky to get one.

You won’t be able to borrow as much as if you were earning your wages in full.

Under the furlough scheme, workers get paid 80% of their wages, though employers can choose to top this up.

When you’re applying for a mortgage, there are a number of things that lenders look at to decide how much they'll give you.

One of the things your loan will be calculated on is how much you’re earning at the time of your application.

With a reduced loan, you might find the pool of available homes within your budget becomes smaller.

I had very few monthly expenses as I often eat for free at the restaurants I work in and have a company car and phone that are both paid for.

As I work in hospitality, I was furloughed in March 2020, and throughout all three lockdowns – but I took a second job working in a call centre towards the end of last year and I wasn’t going anywhere so I was probably better off financially than I had been before.

I was earning minimum wage for 40 hours a week on top of my furlough payments.

I’ve definitely had to make sacrifices since buying the house.

Getting the deposit together is just one part of the cost – I’m now having to pay for extra bits of work to be done and all the furniture, so I’ve probably spent another £10,000 since moving in.

That includes all my furniture, as well as re-tiling two of the bathrooms and laying floors throughout the house, as I’m quite particular and didn’t like any of the options on offer through the developers.

It’s going to be something like beans on toast for dinner most nights now and I won’t be going on holiday or having any luxuries soon, but my home is my luxury now so it’s worth it!

Were there any hiccups along the way?

Yes, I almost lost the house at one point as Santander withdrew their mortgage offer in January. They came to do a mortgage valuation and valued the property at £7,000 under the asking price.

My mortgage broker tried to find a different mortgage supplier, but as I was on furlough at the time it was difficult to find anyone who would lend to me.

Instead, we got a second valuation done and thankfully it was valued at asking price, so we were able to proceed with Santander.

Lots of people have spoken about it being impossible to get a mortgage on furlough, but I managed it – so you just have to be patient and keep trying and it can work out.

Do you have any advice for people trying to buy their first home?

I bought my house on my own, quite spontaneously and without much savings, so if you keep your head straight and look at all the options available to you it can be done.

Don’t expect to be living the high life for the first six months, you will have to cut back on the luxuries, but it’s all worth it when you are in.

I also think when you’re deciding where to buy, location is the most important factor.

I saw lots of lovely houses, and was deciding between my house and another, but being in the right location for your needs is essential. 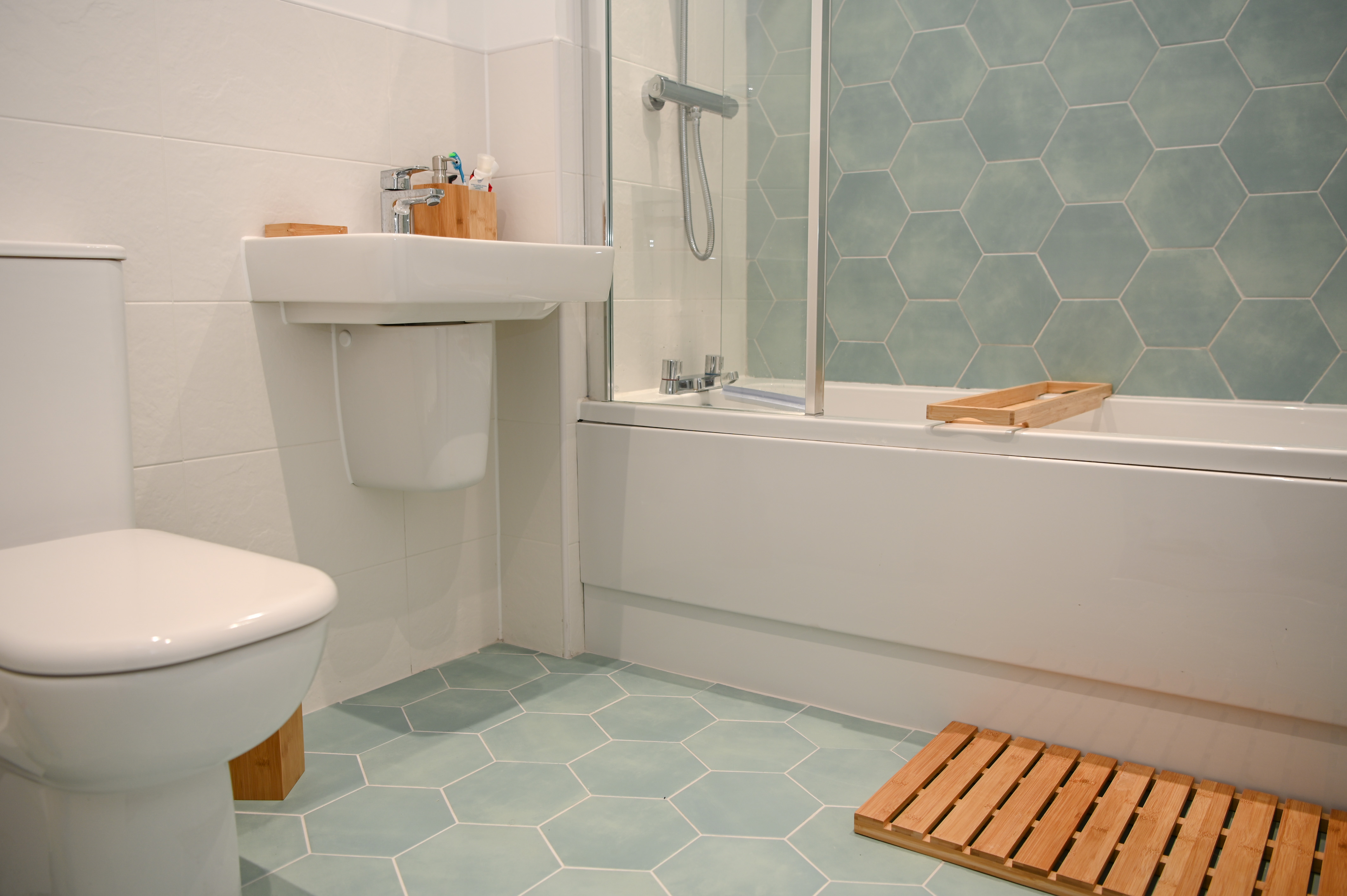 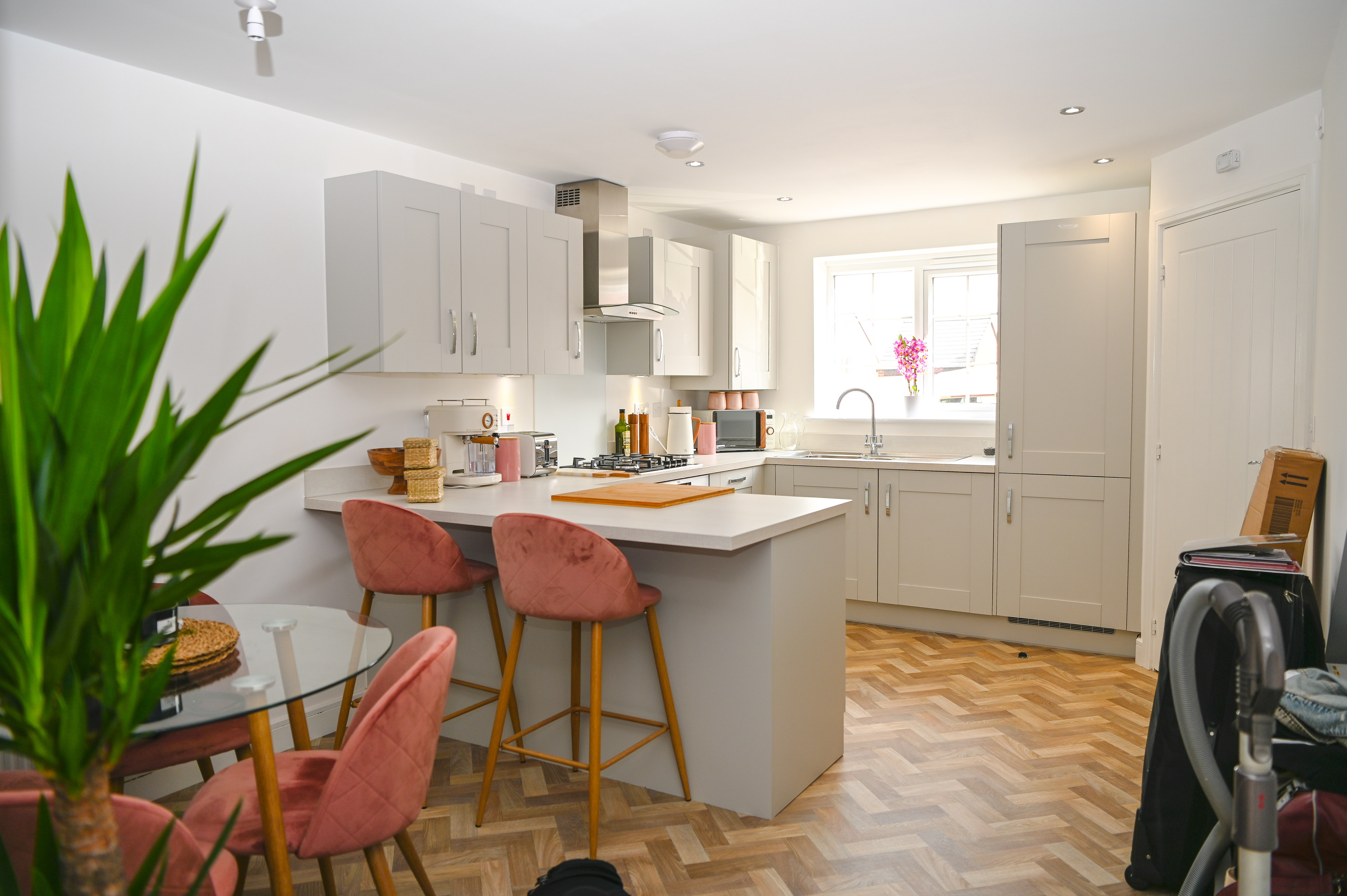 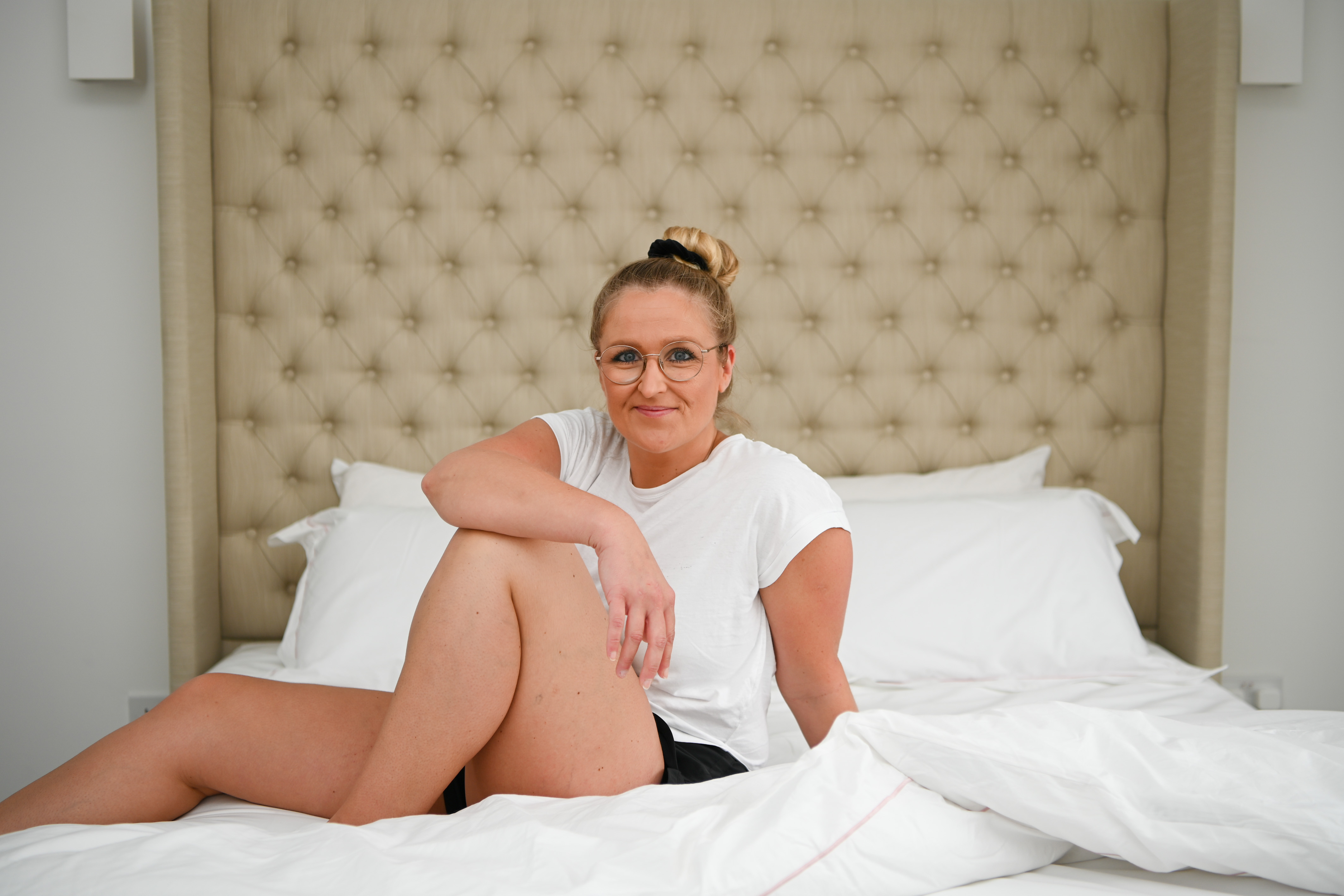 This is how a student nurse went from being "silly with money" to buying her first home in just two years.