Will THIS be the next Downton Abbey? Tamsin Greig leads the cast of ITV’s adaptation of Julian Fellowes’ Belgravia – as producers promise a period drama packed with intrigue

Actress Tamsin Greig will star in the hotly anticipated TV adaptation of Julian Fellowes’ novel Belgravia, it has been announced.

Greig, 52, leads the cast of the six-part ITV period drama, which will be produced by the team behind Downton Abbey. 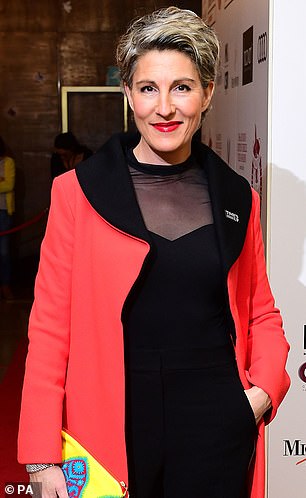 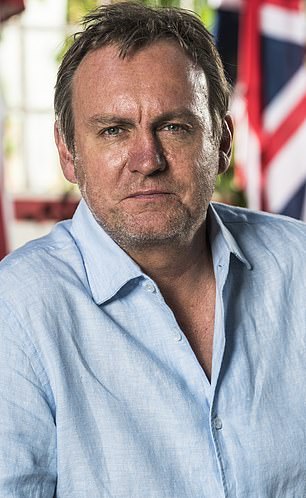 Tamsin Greig, 52, left, leads the cast of six-part ITV period drama Belgravia, which will be produced by the team behind Downton Abbey. She will play Anne Trenchard, the wife of businesswoman James Trenchard (Life On Mars actor Philip Glenister, right)

Other early casting announcements include The Crown actress Harriet Walter as Caroline, the Countess of Brockenhurst and Alice Eve as Susan Trenchard.

Producers will be hoping to replicate the success of Downton Abbey, another Julian Fellowes creation, which pulled in record ratings, catapulted its actors to stardom and continues to enjoy buzz almost a decade after its first episode aired.

Belgravia, published in 2016, tells the story of secrets and dishonour amongst the upper echelon of London society in the 19th Century.

It starts when a businessman named James Trenchard and his wife Anne Trenchard accept an invitation to the now legendary ball hosted by the Duchess of Richmond on the fateful eve of the Battle of Waterloo in 1815. 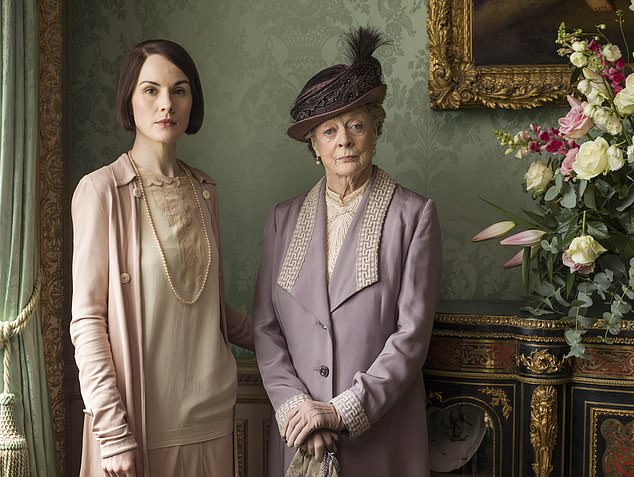 Producers will be hoping to replicate the success of Downton Abbey, stars Michelle Dockery and Maggie Smith pictured, which still has a buzz almost a decade after its first episode aired

They attend with their daughter, who catches the eye of the son of one of the most influential families in England.

That night sets into motion a series of events that will have consequences for decades to come.

It later follows the families as secrets unravel behind the porticoed doors of Belgravia, one of London’s grandest postcode.

Filming on the series will begin in the coming weeks and it is expected to air either later this year or early 2020.

In a release announcing the show executive producer Gareth Neame said: ‘It’s fantastic to be working once again with Julian, a master storyteller.

‘In Belgravia he has painted a wonderful backdrop of 19th century society against which intrigue and dynastic power struggles will play out.’

Belgravia is a Carnival Films co-production with EPIX for ITV,