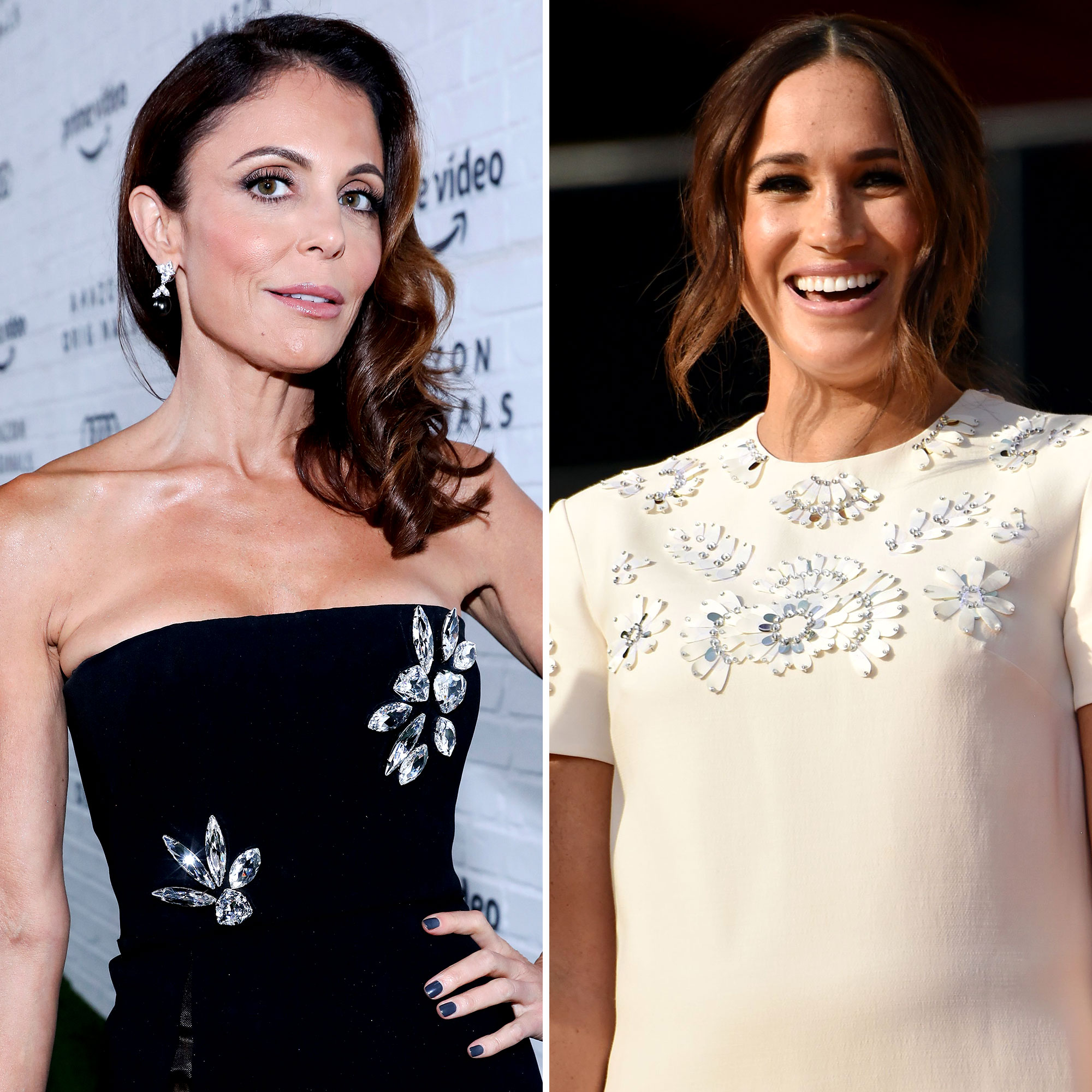 Over it. Bethenny Frankel critiqued Meghan Markle‘s recent comments about the royal family, theorizing that regular people are unsympathetic to her because of the drama surrounding her 2020 move to California.

Where Do Harry and Meghan Stand With the Rest of the Royal Family?

“She’s very much like a Housewife in that she can’t stop talking about the very thing that she wants to be irrelevant,” the Real Housewives of New York star, 51, said during the Thursday, September 1, episode of her “Just B with Bethenny Frankel” podcast. “[It’s like] when you … want to separate from the Housewives. ‘It was toxic, I don’t want to be part of the drama,’ or whatever the housewife says. [But] then … for the next five years, always talking about the very thing you’re trying to extricate yourself from.”

Meghan Markle Denounces Royal Family’s ‘Game’: ‘Didn’t Have to Be This Way’

Frankel’s comments come shortly after The Cut published an interview with Markle in which she slammed royal life and its strict rules and protocols. “There’s literally a structure by which if you want to release photos of your child, as a member of the family, you first have to give them to the Royal Rota,” she told the outlet last month, as an example of one of the restrictions that she struggled with. “Why would I give the very people that are calling my children the N-word a photo of my child before I can share it with the people that love my child? You tell me how that makes sense and then I’ll play that game.”

The Bench author added that she and Prince Harry — who she married in May 2018 — did not initially want to leave the royal family, but hoped to continue their work without using taxpayer funding. They also asked to leave the U.K. and relocate to another country in the commonwealth, “Anything to just … because just by existing, we were upsetting the dynamic of the hierarchy.”

Markle continued: “So we go, ‘OK, fine, let’s get out of here. Happy to. That, for whatever reason, is not something that we were allowed to do, even though several other members of the family do that exact thing.”

The duke, 37, and duchess have been open about their strained relationship with “The Firm” following their January 2022 announcement that they had decided to step down as senior members of the royal family. During a tell-all interview with CBS News in March 2021, Markle claimed that an unnamed relative of Harry’s asked questions about their son’s skin tone before his birth in May 2019. (The couple share Archie, now 4, and Lilibet, 14 months.)

The former military pilot confirmed his wife’s account, saying at the time, “That conversation I’m never going to share. It was awkward. I was a bit shocked.”

Days after the interview, the Prince William responded to the accusations by saying, “We’re very much not a racist family.”

William and Kate’s Strained Relationship With Harry and Meghan: A Timeline