‘It would be a love bite!’ Gigi Hadid jokes that she wanted to BITE Rihanna at this year’s Met Gala – as she makes a crack about THAT infamous Beyoncé-biting incident

While debate raged over who was the best dressed on the red carpet at the Met Gala, Gigi Hadid didn’t seem to hesitate when it came to picking her favorite when she joked that she wanted to give Rihanna ‘a love bite’ during the evening.

The 23-year-old supermodel was stopped on the red carpet at the star-studded event in New York City and asked what she thought should be written about her in papers the next morning.

With hardly any hesitation, Gigi quipped that it should be that she had bitten Rihanna, 30, referencing the infamous story of a party guest who reportedly bit Beyoncé’s face during a party in Los Angeles last year. 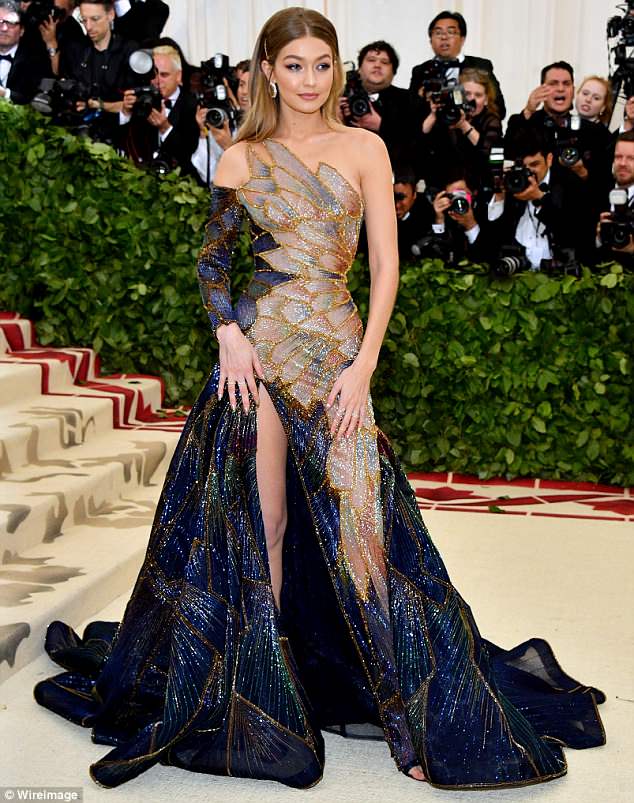 Watch out, RiRi! Model Gigi Hadid joked on the red carpet at the Met Gala on Monday that she was going to bite Rihanna She means trouble! She quipped that ‘Gigi Hadid Bit Rihanna’ was going to be the big headline of the night 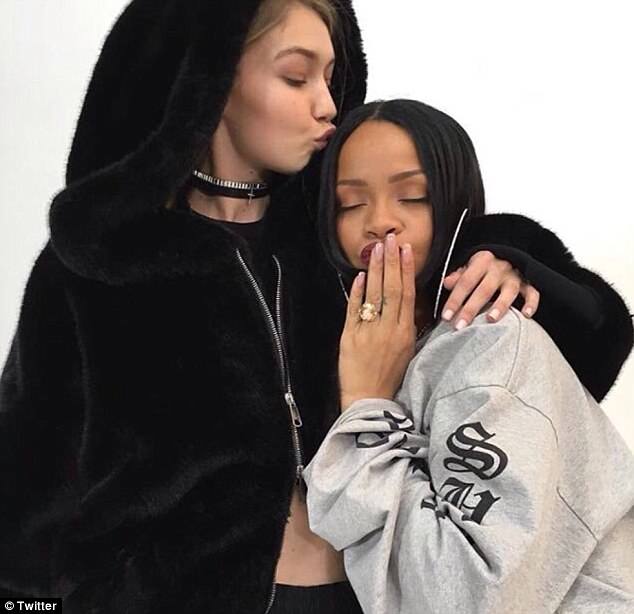 Pucker up! Gigi and Rihanna, pictured in February 2016, have been friends for a while

Gigi was walking down the red carpet when she was pulled over by actress Liza Koshy, who was interviewing stars for Vogue.

The model first tells Liza that she is wearing Versace for the evening, saying that her dress was inspired by the stained glass windows of churches — a subtler nod to the ‘Heavenly Bodies: Fashion and the Catholic Imagination’ theme.

Then Liza switches gears, asking Gigi if a ‘headline’ were to be written about her night at the Gala, what it would be.

‘That was a thing, right? Did they ever figure out who bit Beyoncé?’ she asked — to which Liza replied that they did not. 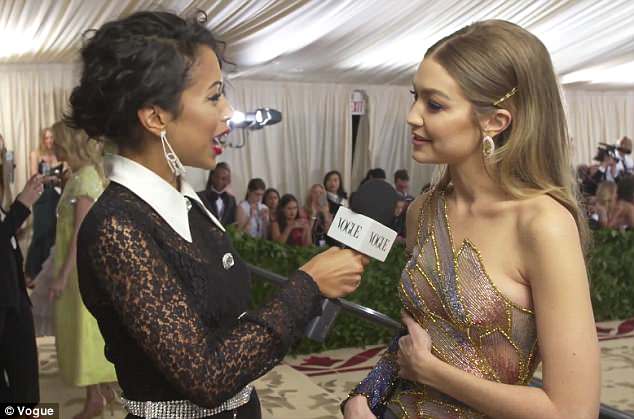 On air: Gigi was stopped and interviewed on camera for Vogue by actress Liza Koshy 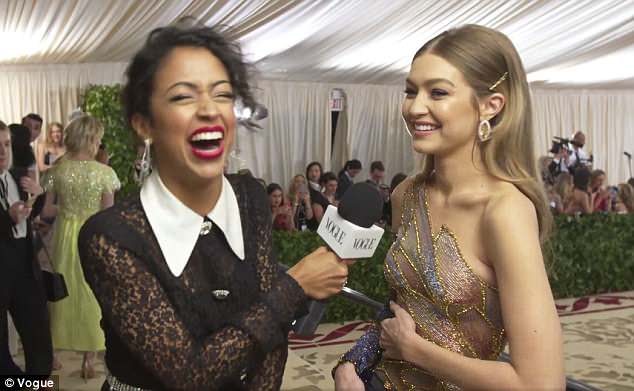 Pure affection: She then promised that it would just be a ‘love bite’ 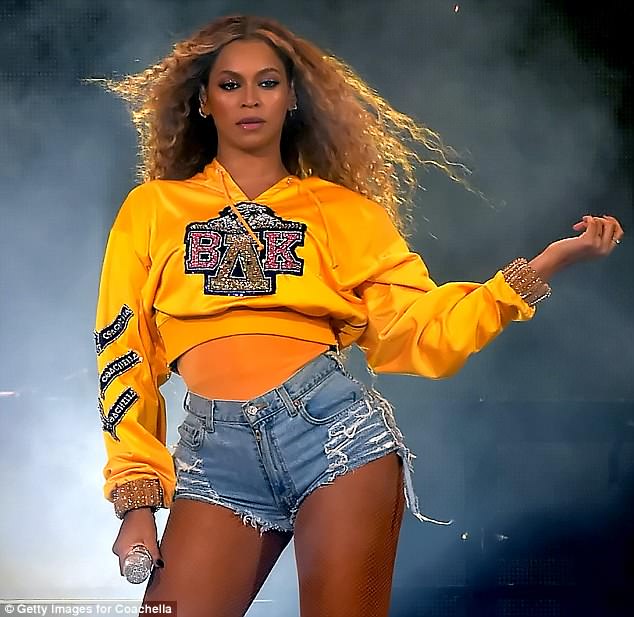 Who dares? She was alluding to the infamous incident in which an actress reportedly bit Beyoncé at a party in December

Moments later, Gigi specified that it would be more affectionate than vicious, quipping: ‘It would be a love bite, though. I’m gonna go find her now.’

Though neither Gigi nor Liza seemed to know who actually bit Beyoncé at a party last year, Page Six ‘confirmed’ in March that it was actress Sanaa Lathan.

The entire mystery began to unfold when Girls Trip star Tiffany Haddish was interviewed by GQ for the magazine’s April 20187 issue.

Tiffany, 38, was attending a party thrown by Beyoncé last December when she reportedly saw an actress walk up and bite Beyoncé’s face.

‘There was this actress there that’s just, like, doing the mostest,’ Tiffany told GQ, breaking her silence about an incident she’d kept to herself for weeks. ‘She bit Beyoncé in the face.’ 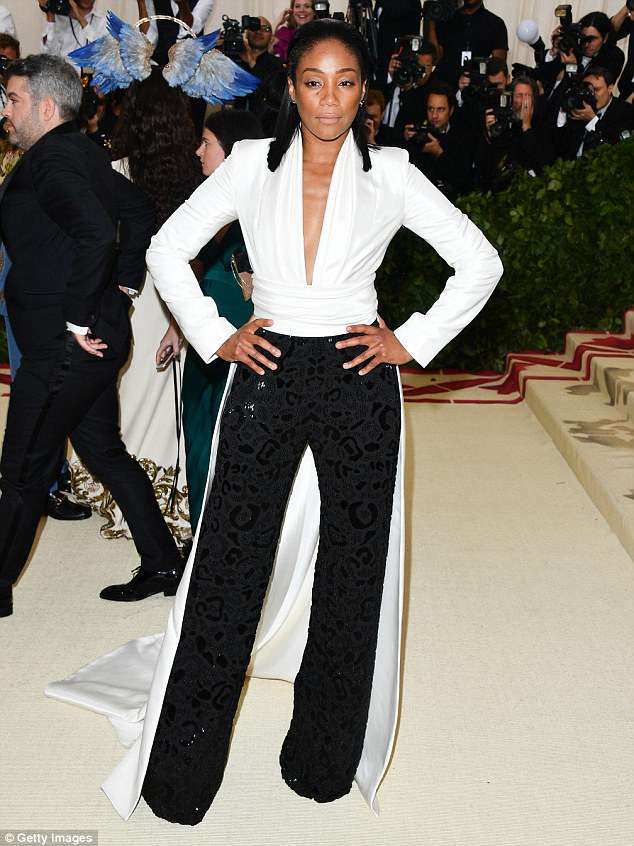 Uh-oh! Actress Tiffany Haddish said she spotted the moment when the actress, whom she did not name, bit Queen Bey’s face 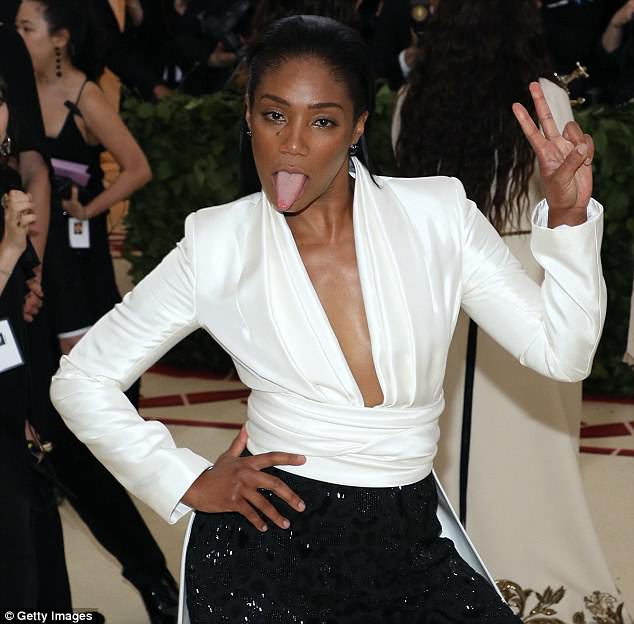 Out of her mind: She said Beyoncé later told her to let it be and that the actress was on drugs 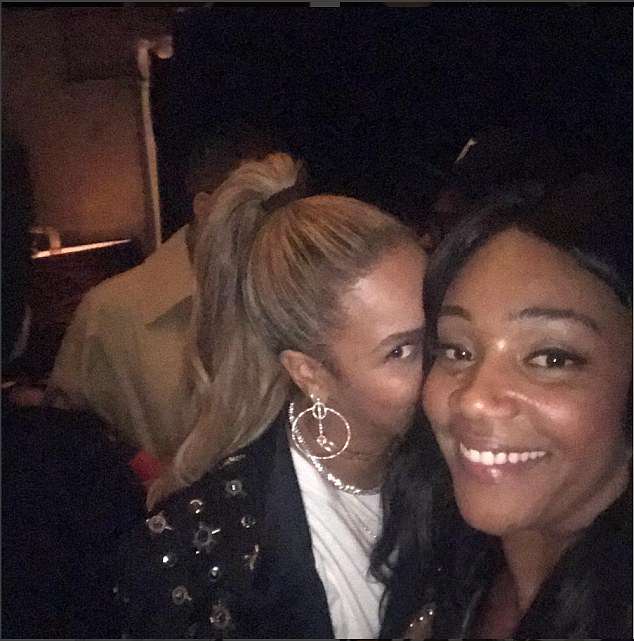 Seen together: Tiffany saw it all go down as a guest at Bey’s party (pictured together)

‘So Beyoncé stormed away, went up to Jay-Z, and was like, “Jay! Come here! This b****—” and snatched him. They went to the back of the room. I was like, “What just happened?” And Beyoncé’s friend walked up and was like, “Can you believe this b**** just bit Beyoncé?”‘

Tiffany said she went on to get increasingly annoyed by said un-named actress, even telling Beyoncé at one point that she was ‘going to beat somebody a** at your party.’

After the story came out, fans went wild speculating about the identity of the mystery actress.

Even celebrities joined in, with Chrissy Teigen tweeting, ‘I cannot leave this planet without knowing who bit Beyonce in the face.’ 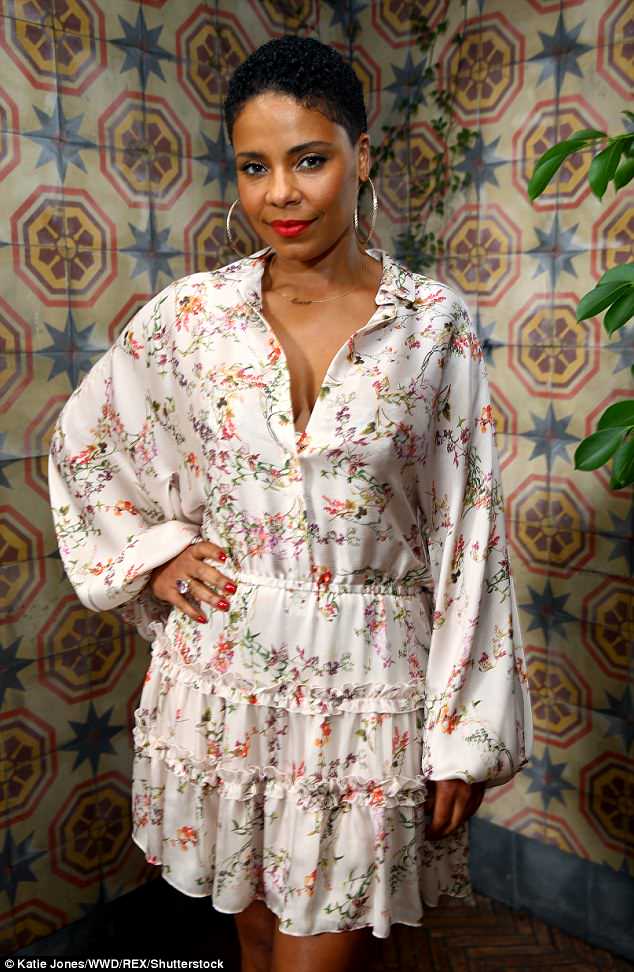 Named: Sanaa Lathan was later ‘confirmed’ as the Beyoncé biter, according to Page Six (pictured January 2018)

Not me! Sanna has denied biting the star, tweeting: ‘Y’all are funny. Under no circumstances did I bite Beyoncé and if I did it would’ve been a love bite’

Within days of the news erupting, Page Six reported that multiple sources said Love & Basketball star Sanaa Lathan was the biter, explaining that Sanaa has been talking to Jay-Z when Bey came over — and that’s when Sanaa ‘playfully’ bit her on the chin.

‘It was a big thing in the moment at the party, everyone was talking about how anyone would dare to do that,’ a source said.

Sanaa, for her part, has denied this happened, tweeting: ‘Y’all are funny. Under no circumstance did I bite Beyoncé and if I did it would be a love bite.’

According to Vulture, Tiffany had also told the story of the Bey-biter during a stand-up routine in January, and revealed at the time that the culprit had dated French Montana. Sanaa has been spotted with French Montana.