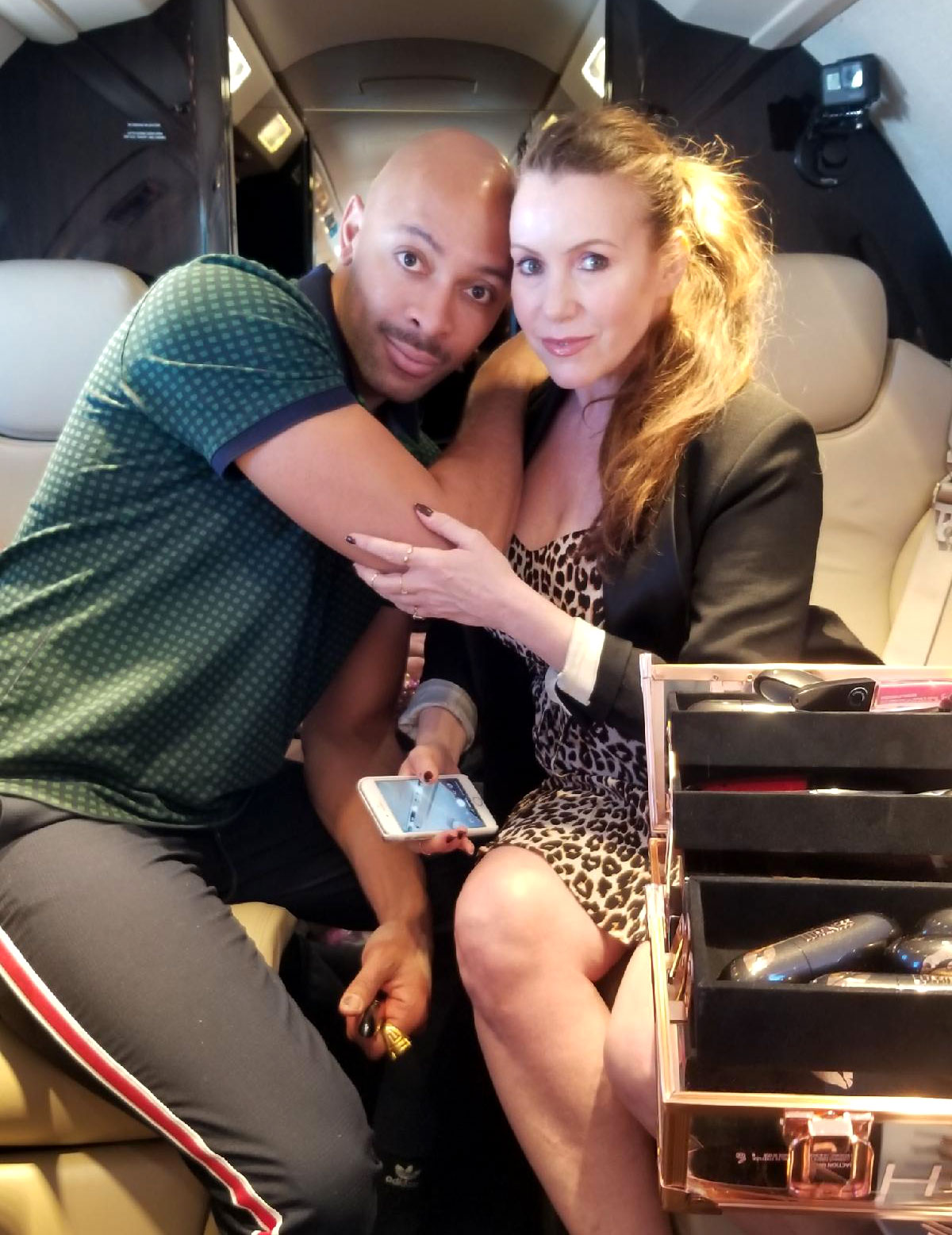 There are “makeovers” and then there are “slayovers”… and that’s exactly what our very own Gwen Flamberg got when she joined makeup artist Sir John on a trip to Luminess Cosmetics’ Houston offices.

You see, Sir John isn’t just any makeup pro; he’s the man behind the brushes that paint Beyoncé and he and Gwen (along with a few other lucky beauty editors) flew down to Texas on a private jet the day after the Formation singer’s second Coachella performance. What did they do to pass the time? Makeup at 48,000 feet, of course!

Sir John is known for his “teflon” technique, which keeps a look fresh for hours on end (he even joined Us on our podcast Get Tressed with Us to explain, in detail, how he got Beyoncé’s glow to last through dancing in the desert heat — hint: it involves layering) and his killer contouring skills. 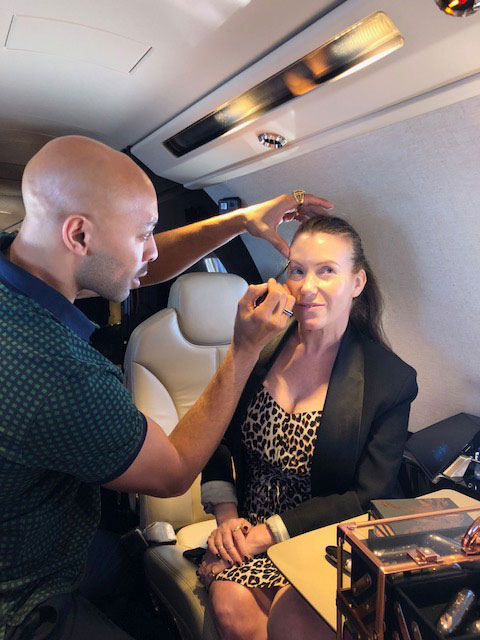 After Gwen explained that she was completely intimidated by contouring and hated the extreme looks she’d seen in youtube tutorials, the makeup pro (who also counts Priyanka Chopra, Serena Williams and Mary J. Blige as clients, NBD) explained that the key to “contouring for real life” is to “simply sculpt” the face with color by softly stroking matte bronzer or a powder foundation a shade darker than your skin tone. Also, he recommended an overall neutral makeup palette with accent shades of terracotta to make the sculpting look super authentic.

After perfecting foundation, Sir John used the Luminess taupe brow pencil to maximize Gwen’s arches, concentrating strokes at the highest points. Next up, eyes: Shades from the Nude Eye Shadow Palette were used to create definition. Sir John relied on the burgundy and rose shades, then dusted a bit of beige in the inner corners. He stroked the red shade in Luminess’ cool Tarot Series Strength Eye Shadow Palette in the center. Coco Eye Liner was smudged along lashlines and two coats of mascara finished the look.

The final touch? A rosy nude liquid lipcolor was slicked on to the pout (Gwen is still obsessed with Luminess’ Forever Reign Lip Stain in Tame.) Lesson learned: stick with a universally flattering pumped-up neutral palette and use a light hand and you’ll look uber-polished every time. Blending well with brushes (especially those that had last touched Beyoncé’s face) doesn’t hurt either!

Watch the video below to see the duo in action!

‘Get Tressed With Us’ Podcast: Beyonce’s Makeup Artist Sir John on Her Epic Coachella Beauty Looks