IF you're a lover of McDonald's chicken nuggets, you'll be pleased to know that B&M is selling battered ones – just like the fast food chain.

The bargain store has answered the prayers of everyone who isn't quite satisfied by a simple breadcrumb coating. 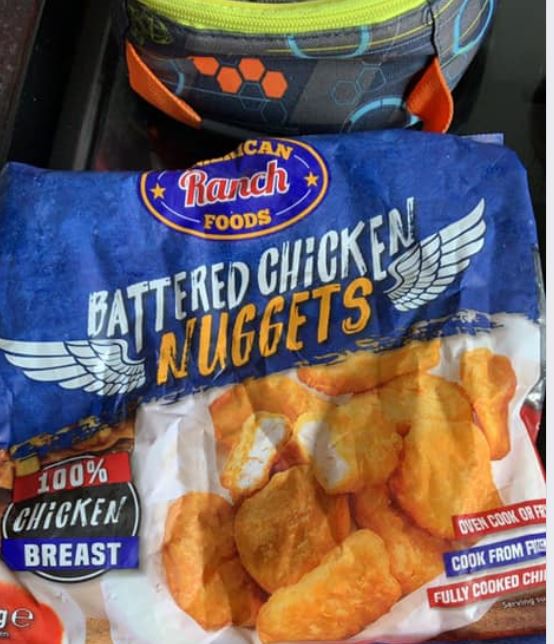 The battered nuggets were spotted in a B&M store in Bristol by a member of the Extreme Couponing and Bargains UK Facebook group.

According to the savvy shopper, the nuggets cost £2 and "taste just like McDonald's".

You're making quite the save here as a pack of six chicken nuggets at McDonald's will set you back a bit more.

100 per cent chicken breast and coated in a light, crispy batter, the bag weighs 500g but we don't know the exact number of nuggets are inside.

Other members of the Facebook group took to the comments section to give their nod of approval with another member stating that Heron Foods apparently also sell the brand of nuggets.

The nuggets are by a brand called American Ranch Foods and you can check online where else you can pick up a bag – including Iceland and Spar.

We couldn't find the same brand of chicken nuggets on Iceland's website but we did find their own brand – selling at £2 for a pack of 30.

Obviously B&M doesn't sell its items online so you'll have to use the store finder to source your nearest branch.

But if you're a die hard McDonald's fan, you might want to try the spicy ones before their limited time range ends.

Earlier this year, the fast food chain was giving away free chicken nuggets at festivals across the country.

In other news regarding nuggets, KFC has launched its vegan version – but they're only available in the US.

Were you one of the hundreds of Brits who stood in a queue outside McDonald's for the spicy chicken nuggets?

If KFC is more your thing, you might want to try the fast food chain's daredevil bites – the hottest bites they've ever had.

Chips are a thing of the past, according to Burger King – who launched their chicken fries earlier this year.