It has been five years since Rachel Kushner’s last novel, The Flamethrowers, took the literary world by storm, but now finally, the two-time National Book Award nominee is back with a brand new work of fiction. A dark and demanding look at life inside a women’s correctional facility, The Mars Room explores how life circumstances, not choices, can define the future.

Out now from Scribner, The Mars Room takes readers inside the fictional Stanville Women’s Correctional Facility in California’s Central Valley, where thousands of female inmates are locked in a battle with each other and the prison guards for power and the means for survival behind bars. At the center of the novel is Romy, a young woman serving out two consecutive life sentences for a shocking crime the narrative slowly reveals through flashbacks. As she moves through the violent monotony of the day-to-day in prison, Romy thinks about the life that lead her here: a troubled childhood in San Francisco that included a traumatic rape at age 11; an unstable young adulthood spend doing drugs, drinking, and working a dead-end job at a local strip club, The Mars Room, that had greater repercussions on her future than she could have ever imagined; her young son and the center of her life, Jackson, who she was forced to leave motherless when she was sentenced to prison; the sweet photographer boyfriend, Jimmy, who abandoned her with the clink of the jail cell door.

Like her peers in prison, a vibrant cast of diverse women with gut-wrenching personal histories all their own, Romy has committed a terrible and violent crime. Yet, The Mars Room manages to create an overwhelming sense of empathy in readers, for Romy and the other characters. It is not that Kushner makes excuses for the prisoners or their shocking acts of violence, but she does pull back the curtain of an unjust society that gave these women little life choices, and even fewer chances for justice. 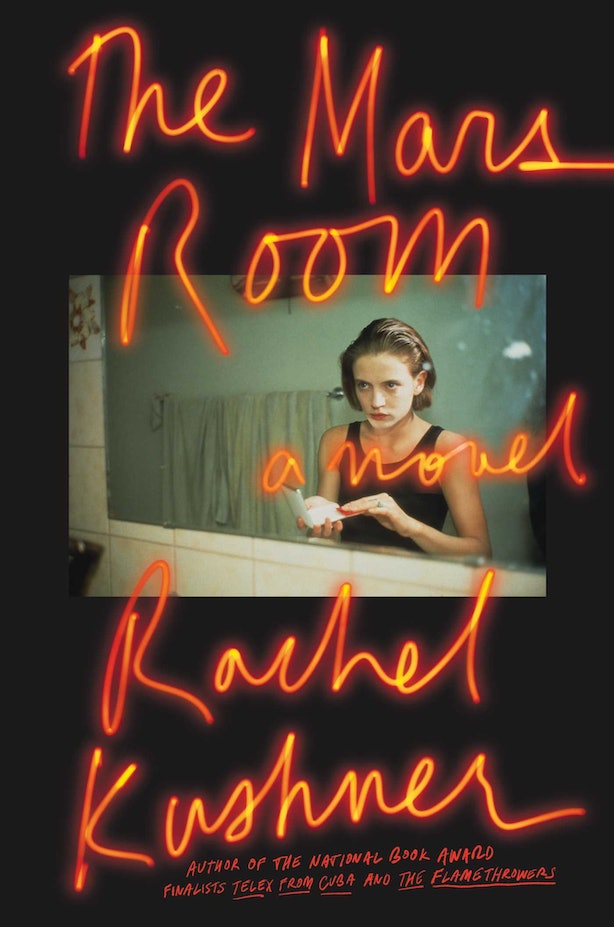 A powerful and exacting examination of class, wealth, race, and the other social constructs and power structures that can define an individual’s future from the moment of their birth, The Mars Room is a profound novel that says as much about life inside prison as it does about life outside of it. Not only does Kushner’s novel paint an authentic picture of life behind bars, from the minute details of lice treatments and vaginal exams to the cruelty of the guards and brutality of the inmates, but it uses the microcosm of the correctional facility to reveal what the prisoners themselves were born victim to outside of it: a system built with someone else’s interests in mind, one they are largely powerless to change.

In her examination of the inmates’ lives behind bars, the question Kushner asks is not whether or not these women ever had a choice, but rather whether or not that their choices ultimately mattered in the end. When someone is born into poverty within a system of power and privilege that denies them of safe communities, accessible education, adequate housing, and quality job opportunities, The Mars Room seems to argue, their choices are pre-determined, their futures predestined.

As Romy explains in a passage where she speaks directly to the reader, who she addresses as someone born to an entirely different world, not everyone would have made the same decisions she did. However, thousands born into her circumstances would have, and do, every day:

Although circumstance cannot be entirely blamed for the actions that landed someone like Romy or her fellow inmates Conan, a black trans woman with a lot of personality, and Button Sanchez, a pregnant teen who never got to say goodbye to her baby, in jail, the defining role poverty, prejudice, racism, drug addiction, mental illness, and physical and sexual abuse played cannot be ignored either. Kushner uses her gritty and unrelenting narrative and its complex characters to show that.

The novel, which alternates between first person and third person and follows the stories of several different characters, puts readers into the shoes of people, mostly women, on the margins of society. Many of them are domestic and sexual abuse survivors, and an overwhelming number of them are in prison for acts of self-defense. What The Mars Room does particularly well with these vivid characters and their crimes is use them as vehicles to explore the flaws not just within the penal system, or even the greater criminal justice system, but the flaws within our society. The truth is, The Mars Rooms reveals, life behind bars at the Stanville Women’s Correctional Facility is brutal, unjust, and plagued with violence and prejudice, but so too is the world right outside of its gate.