As the #MeToo movement rolls along in fits and starts, (the most striking so far: the arrest on Friday of Harvey Weinstein), the public is now starting to become more aware of all the hideous sexual harassment backstories kept under wraps for so many years.

One of those stories involves Gwyneth Paltrow.

In 1994, she had just scored the lead in Emma, a movie that was produced by Weinstein, who at the time was the super producer; king of Hollywood hit factory and co-founder of Miramax Films.

How the mighty have fallen! Weinatein's arrest on Friday included charges of rape, and multiple counts of sexual assault. He has been released on US $1 million bail until the case is adjourned on July 30. He's pleading not guilty. 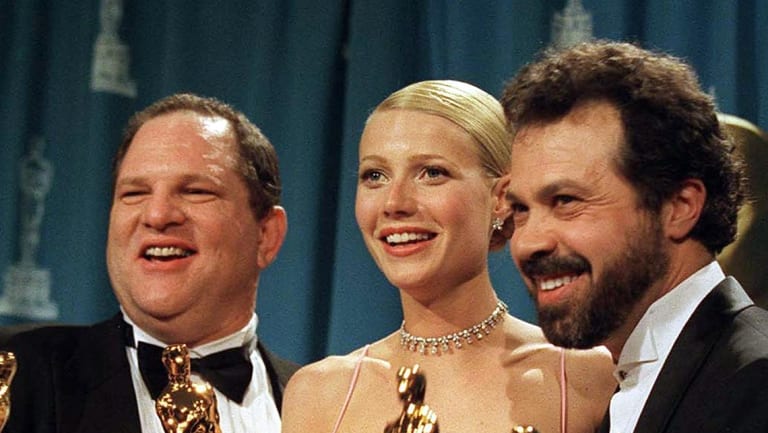 But back in 1994, when Weinstein invited Paltrow up to his hotel room in Beverly Hills, she had no reason to think anything was amiss.

Until, as Paltrow explained in an interview with The New York Times in October last year, the suggestion was made by Weinstein that they retire to the bedroom together to "massage" each other.

Paltrow, who at 22 believed that by refusing his advances he would fire her, says the incident "blindsided" her, and she grew petrified, before leaving.

Speaking frankly to former shock jock turned armchair therapist, Howard Stern, on Wednesday, Paltrow enlarged on the comments she made in October last year, adding that, when she mentioned the incident to her then-boyfriend, Brad Pitt, he quickly took matters into his own hands.

In 1995, at the opening of Hamlet on Broadway, Pitt approached the powerful producer, and  threatened to kill him.

"It was like the equivalent of throwing him against the wall," Paltrow told Stern. "It was so fantastic because, what he did was, he leveraged his fame and power to protect me at a time when I didn't have fame or power yet."

Weinstein never touched Paltrow again, and she went on to win the best actress Oscar for her role in Shakespeare in Love – a movie produced by Weinstein's company, Miramax. 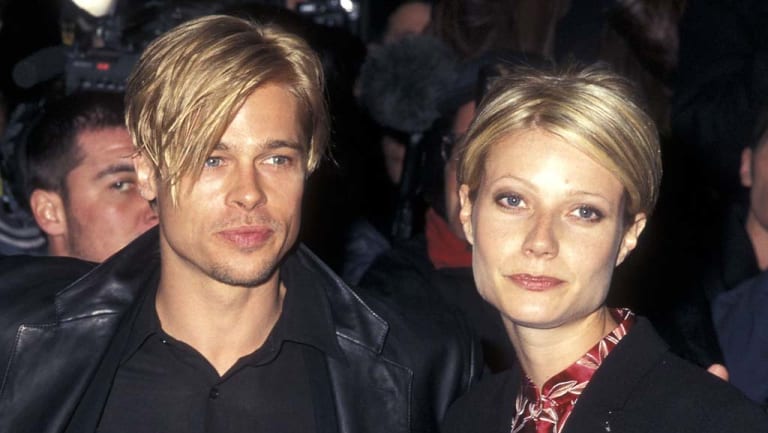 But back to Pitt. Paltrow became engaged to him before breaking up for good in 1997. Paltrow has blamed herself for the split, saying she "f–ed up".

Pitt, meanwhile, as any loyal student of celebrity trivia can tell you, went on to marry Jennifer Aniston in 2000, before divorcing her in 2005 to join his beautiful face to Angelina Jolie, before parenting six children with her, then separating in 2016.

The rumours are that Pitt is now holding hands with an architect and academic named Neri Oxman. Meanwhile, Paltrow is engaged to another Brad, producer Brad Falchuck.

Paltrow has weathered many unfavourable opinions, from the media and public alike, about her health-conscious lifestyle, her website, Goop, her marriage and divorce to musician Chris Martin, and even the Oscar speech she gave for Shakespeare in Love.

But Pitt, who told GQ last year, that from university onward, he never spent a day completely sober, but that he cut out all drugs after his children came on the scene, has never had to weather more than an eye-roll.

Don't forget, Pitt, who has also been accused of missing a "sensitivity chip" by ex-wife Aniston, has limited access to the six children he once co-parented with Jolie, after an incident on a plane in 2016 in which Pitt had reportedly been drinking.

I mention this because whatever golden boy attributes we like to project onto a man once known as the most handsome who had ever lived, he is still a human, and, contrary to blog posts written by teen women after watching him in Troy, not a demi-god.

That said, it's hard to put a dent in the ultimate post-feminist fantasy of when your guy stands up for you to your boss. How thrilling, we imagine to ourselves, that the sleazy old boss was put in his place by the golden boy! "My hero!" we might exclaim, and then sigh quietly before re-reading our ear-worn pages of Fifty Shades of Grey.

But, alas, the reality is this: it took a man enacting, and then threatening further violence, for another man to stop dehumanising a woman.

This is the plain old horror of patriarchy: powerful, disgusting men who break society's laws, respond not to women's refusal or pleading, or awkward exits, but rather a man's aggressive rebuke.

I know our hearts are soaring at the neat fable Paltrow's retelling of the incident affords us. But if we pause to examine it beyond the great mythologies we hold so dear, we may find that all we have left to pick over are the brittle bones of toxic masculinity, and the animalistic idea that the only other male a dominant male respects is the Alpha.

I know too, that this is little more than feminist wish-fulfilment, but wouldn't it have really been something, if instead of Pitt violently threatening him, Weinstein had already been brought before a court? Sadly, it would take nearly two decades for the truth – and any semblance of justice – to come out.