Movie magic! Bradley Cooper and Lady Gaga spoke about their bond during the A Star Is Born press conference at the Venice Film Festival on Friday, August 31 — and the actor even admitted he “fell in love with her face and eyes.”

“I didn’t know you were Italian,” Cooper, 43, said at the festival, according to Variety. “I remember when we first met, after 10 minutes we were eating homemade food that she cooked – I love to eat – and that was actually a huge bond that we both came from East Coast Italian-American families. So we had a real synchronicity on that level from our upbringing.” 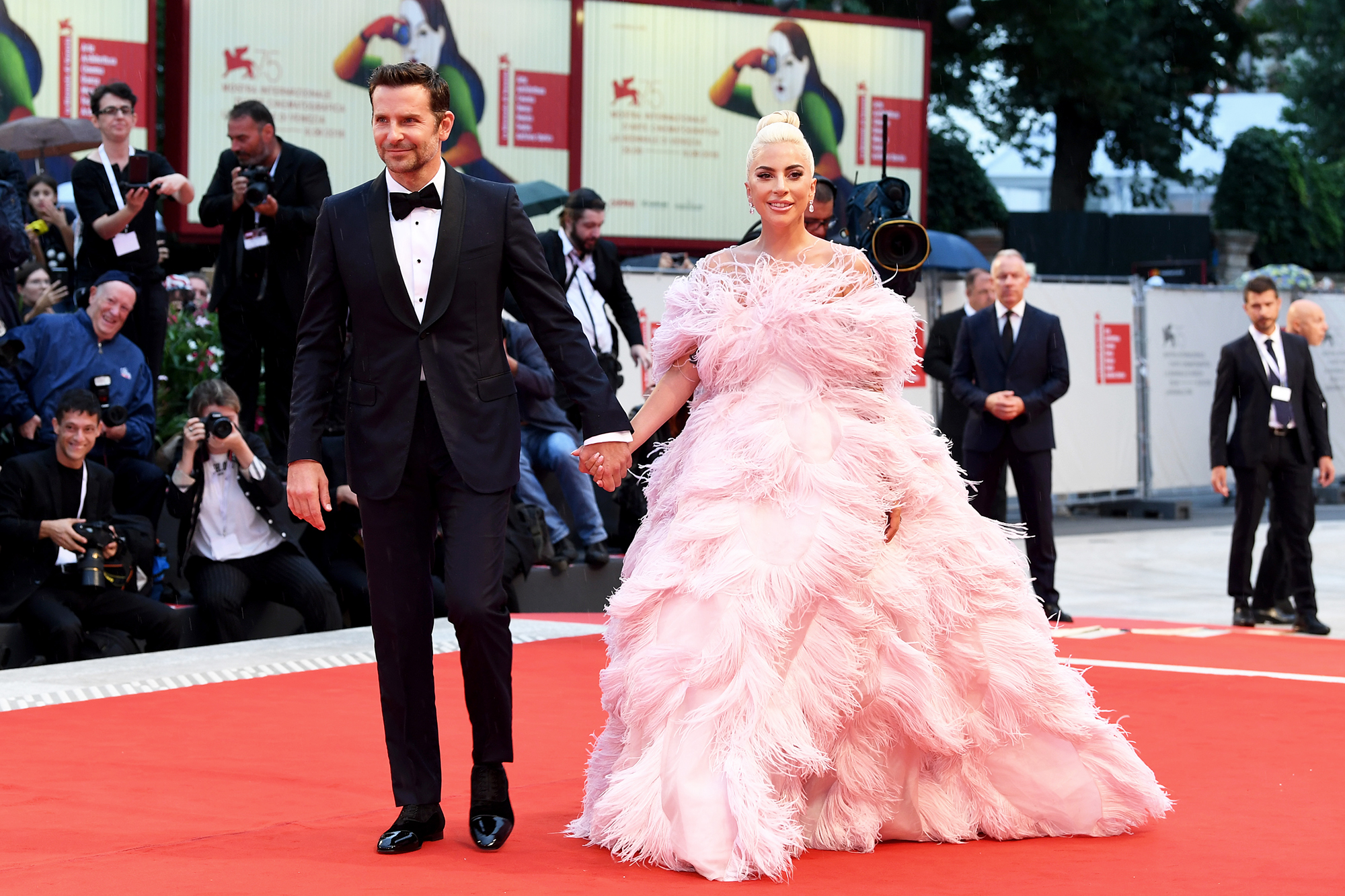 According to the outlet, Gaga, 32, revealed her main challenge while filming the remake of the 1937 film was being as vulnerable as her character, Ally. She said Cooper, who directed the movie, helped her by wiping off her makeup after their first day on set.

“When I started out, I was not the most beautiful girl in the room,” the singer explained. “[Producers] wanted to take my songs and give [them] to other singers but … I held on to them. They made suggestions about how I should look. I didn’t want to be viewed like other women, be sexy like other women. I wanted to have my own vision.”

She added: “It’s a story about love and about what Bradley refers to as the human plight of addiction. It was a remarkable experience for me.”

While Gaga and Cooper had a connection onscreen, they are both taken in real life. Us Weekly broke the news in November that the American Horror Story actress was engaged to talent agent Christian Carino after several months of dating.

“They are very much in love,” a source told Us exclusively in June. “They haven’t set a wedding date yet. Christian isn’t in a rush, and Gaga is finishing her next album. Christian has children from his previous marriage and he wants to make sure they’re comfortable with anything that happens.”

Cooper, meanwhile, welcomed daughter Lea with girlfriend Irina Shayk in
April 2017. The couple fueled engagement rumors after the model rocked a diamond ring at the Met Gala in May.

For the latest celebrity news and interviews, subscribe to our new podcast “In Case You Missed Us” below!