The Justice Department on Thursday executed Brandon Bernard for his involvement in the 1999 murder of couple Todd and Stacie Bagley despite pleas for a commutation from former jurors, criminal justice advocates, and celebrities. Bernard, 40, is the ninth federal inmate to be put to death this year.

Bernard’s last words, which were more than three minutes long, were directed to the Bagley family, according to the pool reporter present at the execution. “I’m sorry,” he said. “That’s the only words that I can say that completely capture how I feel now and how I felt that day.”

Todd Bagley’s mother tearfully addressed reporters after Bernard’s death. She thanked Donald Trump, Attorney General William Barr and others at the Justice Department for bringing the family closure, and spoke about the impact of the apology from Bernard and from his accomplice, who was executed in September. “The apology and remorse … helped very much heal my heart,” she said, according to the reporter. “I can very much say: I forgive them.”

Bernard’s defense team had made a last-minute attempt to halt the execution by requesting an emergency stay of execution from the Supreme Court and adding Harvard Law school professor, Alan Dershowitz, and former independent counsel Ken Starr to the defense team. The court denied that stay on Thursday night.

The Bureau of Prisons said Bernard was pronounced dead at 9:27 p.m. In a statement issued before Bernard’s death, his attorney called his execution “a stain on America’s criminal justice system.”

“I pray that even in his death, Brandon will advance his commitment to helping others by moving us closer to a time when this country does not pointlessly and maliciously kill young Black men who pose no threat to anyone, when we hold prosecutors to the highest standards of integrity in every case, and when our leaders exercise their moral authority where it is needed,” Robert Owen wrote. “We were proud to call Brandon our client and our friend, and we will miss him greatly.”

A member of Bernard’s family shared one of their last moments together. “If he must pay with his life, he hopes it relieves some of Bagley’s pain. He is at peace. He does not want the executioners to carry any guilt,” the family member told CBS News. 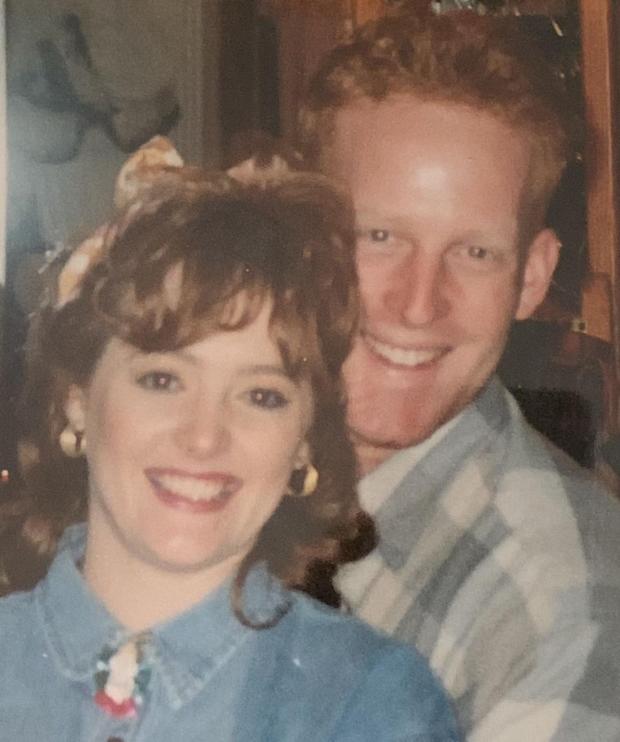 Bernard was convicted on murder charges and sentenced to death in 2000 but new developments in his case have raised questions about the conviction.

In 1999, when Bernard was 18, he and his co-conspirators robbed and abducted Todd and Stacie Bagley, two youth ministers, on a Texas military reservation. The couple was then locked in the trunk of their car, when Bernard’s accomplice, Christopher Vialva, shot both victims in the head, killing Todd instantly. Bernard then set fire to the trunk.

Vialva was executed for his role in the murders in September.

Prosecutors told the jury that Stacie died because of the fire that Bernard started, and for that reason, they asked jurors to give the death penalty. But after the trial, an independent medical examiner hired by the defense determined that Stacie was “medically dead” before the fire.

When his legal team filed a stay of execution in November, they alleged the government withheld evidence that could have influenced the jury into sentencing Bernard to life in prison instead. “Expert evidence that Bernard occupied the gang’s lowest rung would almost certainly have persuaded at least one juror to vote for life,” the court filing argues.

With this new information, five out of the nine surviving jurors have said they would change the sentence to life in prison rather than capital punishment. Former jury foreperson Calvin Kruger said he now supports a life sentence because Bernard was “not the ringleader behind these offenses, but a follower.”

Angela Moore, the prosecutor who fought off an appeal to overturn the sentence, is now objecting to his execution. Moore told CBS News she changed her stance because of “the legal reasons, aside from my own personal beliefs, it’s the evidence and what we have found out since. Mr. Bernard did not shoot and kill the victims in this case.”

“We could be safe from these people without killing them. That’s what we’ve been doing for decades, and that’s what we do the vast majority of the time,” said Abraham Bonowitz, director at the non-profit Death Penalty Action.

Kim Kardashian West on Thursday detailed a phone call she had with Bernard just hours before he died. “Just spoke to Brandon for what will likely be the last time. Hardest call I’ve ever had. Brandon, selfless as always, was focused on his family and making sure they are ok. He told me not to cry because our fight isn’t over,” she tweeted.

“When he told me he’s claustrophobic and they offered to give him a shot of Sedative to calm him down before they put him in the chair and he just didn’t want to panic, I literally lost it. I had to mute my phone so he wouldn’t hear me cry like that,” West said on Twitter. “We didn’t say goodbye (because) we wanted to be hopeful that we would talk again, we said talk to you soon!”

Bernard is the ninth death row inmate to be executed since July. That resumption of capital punishment on the federal level came after a 17-year hiatus at the direction of Attorney General William Barr in July 2019.

Todd Bagley’s family expressed their relief at the execution in a statement given to reporters by the Bureau of Prisons. “Without this process, my family and I would not have the closure needed to move on in life,” the family said. “It has been very difficult to wait 21 years for the sentence that was imposed by the Judge and Jury on those who cruelly participated in the destruction of our children, to be finally completed.”

Four more inmates are scheduled to be put to death before President-elect Joe Biden is sworn into office on January 20. The next, Alfred Bourgeois, will be executed on Friday.