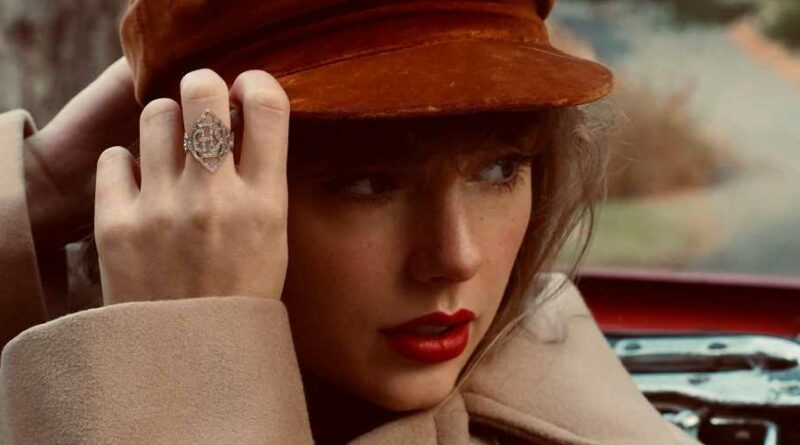 We might be OK, but we're not fine at all because the 10-minute version of Taylor Swift's "All Too Well" is finally here.

Written by Swift and Liz Rose, the song is the long-rumored uncut version of the 2012 heartbreak track, which is considered by many to be the singer's magnum opus. It comes to us by way of Red (Taylor's Version) — currently in stores and streaming — the second of Swift's re-recorded albums to be released as part of her ongoing process to own the rights to all of her old masters.

The original "All Too Well" clocked in at 5 minutes and 28 seconds, and with the additional five minutes, the extended version becomes almost like an epic poem, The Odyssey to Swift's Homer — if The Odyssey were about a heartwrenching breakup, that is. It's different, and angrier, than its more melancholy predecessor, and drags the song's antagonist (widely speculated to be Swift's ex, Jake Gyllenhaal) a bit more.

The opening of the song is the same: it's all autumn leaves and a little kid in glasses in a twin-sized bed. It starts to diverge after "thinkin' your future was me." Instead of going into the pre-chorus ("And I know it's long gone and…"), the first new verse of the song comes in, and with it comes what would have been a major first at the time for a Swift song had it not been cut — the f-bomb. Apparently this ex has a "'fuck the patriarchy' keychain."

This verse is particularly sad because it provides more context about the relationship. It seems to suggest that the man never told Swift that he loved her until after they broke up ("Anytime now, he's gonna say it's love / You never called it what it was / Til we were dead and gone and buried"). "Check the pulse and come back swearing it's the same, after three months in the grave," Swift sings. This ties in nicely with the lore of another song on Red, "We Are Never Ever Getting Back Together," in which an ex calls up the singer after they've broken up, swearing he still loves her and things have changed.

Next up is the chorus, which is mercifully the same, but longer. Here, we get some lyrics that were so casually cruel(ly) cut. "And there we are again / When nobody had to know / You kept me like a secret / But I kept you like an oath / Sacred prayer and we'd swear to remember it all too well." Chills.

What's interesting to note there is the use of "sacred prayer," which she will circle back to at the end of the song, and the fact that this is the first time in either song that the couple both remember something "all too well." In the original, she accuses him of remembering, and at other times she admits she does as well, but here she's bringing both of them into the reminiscing. Another new verse seems to suggest that perhaps he was ashamed of or not as forthcoming about the relationship ("And there we are again when nobody had to know / You kept me like a secret but I kept you like an oath"), and that their age difference played a role in the breakup.

"You said if we had been closer in age / Maybe it would have been fine / And that made me want to die," she writes, before really letting loose in the next verse. There, she mentions a party where an unnamed actress catches Swift weeping in a bathroom and asks her what's wrong. She also tells a story about the ex charming her father until he had to watch his daughter forlornly stare out the front door, hoping her ex would return. He tells her, "It's supposed to be fun… turning 21." (For the record, Swift was about to turn 21 and Gyllenhaal was about to turn 30 when they broke up at the end of 2010).

Swift and Rose saved the best dragging for last though, with the final verse. "And I was never good at telling jokes / But the punchline goes / I'll get older, but your lovers stay my age," she croons. From there, she really starts to bring him back into the conversation, pleading with him to share in her misery. She also makes more potential references to the identity of her nameless beau, with mentions of Brooklyn and twin flames (something also alluded to in "State of Grace" with those "twin fire signs").

But, for all the raw rage the song clearly conjures, it is at its heart still deeply, deeply sad. The new outro ends the song on that note, with Swift asking, "Just between us did the love affair maim you all too well?" before recalling once more that sacred prayer the two of them made: "Sacred prayer / I was there, I was there / It was rare, you remember it… All too well."

Having more of the song naturally paints a more vivid picture, and only adds to the lore of a song that is already full of it. But, for all its differences and new production, somethin' 'bout the 10-minute version of "All Too Well" felt like home somehow.

This story originally appeared on ew.com