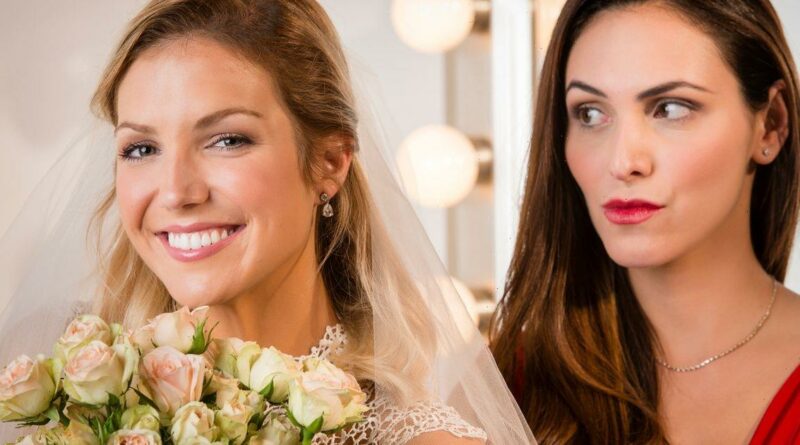 No one wants to be upstaged on their wedding day.

But one bride took her competitive nature to the next level by banning her partner’s friend from the wedding for being “too pretty”.

The groom took to Reddit’s “Am I The A**hole” forum to admit concerns about his wife-to-be.

He wrote: "[She] is one of my closest friends so this surprised me that [fiancée] didn't want to invite her.

“She has met [her] multiple times and there didn't seem to be any issues."

The bride-to-be moaned that the attractive lass would “sway taken men and be the centre of attention”. So to prevent her from attending, she told the woman: “You aren’t invited, women like you aren’t welcome.”

Angry that his partner went behind his back, the groom intervened.

He told her: "If we are really going to get married, get your insecurities in check and grow up."

After putting his foot down, the bloke doubted whether he did the right thing.

He said: “I stayed at a friends since but have had texts from Amy, her friends and her mother saying I was an a***hole for this and that Amy doesn't deserve this treatment.

The post has garnered 20,100 upvotes and thousands of comments.

On the whole, the responders seem to be on the groom’s side.

And many have even urged him to dump his partner because of her actions.

One said: “Not the a***hole. Red flags everywhere.

“I’d put your wedding on hold. This behaviour won’t improve.”

Another commented: “(Your wife) is a bully, capricious, and jealous woman. I can't imagine doing this at a professional setting. Or ever. Run.”

And a third added:”Your ‘amazing’ fiancé just showed you who she really is.

“Believe her and walk away because what she did was cruel.”

Others didn’t see the big deal though.

One thought the bride was “justified in not wanting to invite the woman”.

So what do you think? Let us know in the comments section below.

And for more lifestyle stories, sign up to our free Hot Topics newsletter here.