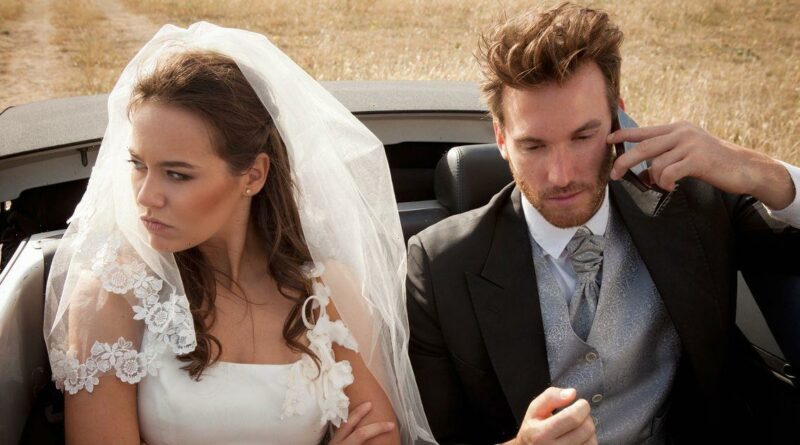 Weddings are supposed to be happy occasions.

But one man saw his life crumble after his dad announced he wanted to divorce his mum at his celebration.

He told how the situation kicked off at his nuptials and his new wife wasn't happy with it.

Posting on Reddit, he said: "My dad asked my mum for a divorce at the wedding, which I get is pretty messed up.

"But my mum's reserved in public. I heard them fighting while we were taking pictures, he asked if she loved him more than her job.

"She answered that honestly she doesn't and doesn't think she could ever love any person more than her job.

"He took his wedding band off and handed it to her."

But the man wasn't upset with his dad as he believes his mum's side of the family ruined the wedding after causing a scene.

He added: "I guess my mum told her parents and they were the ones who caused the scene.

"They approached my dad and yelled at him that he was a piece of s**t.

"Everyone did turn and stare but the groomsmen broke it up pretty quickly.

"My wife was furious and wanted everyone involved kicked out. My grandparents were asked to leave but I wanted my dad to stay."

The man's wife now wants his dad to apologise for being "selfish" by asking for a divorce at their wedding.

He feels "sympathetic" that his dad was in a loveless marriage for years as he believes he doesn't owe them an apology.

Speaking about the situation, the man said: "[My new wife] accused me of not caring enough about our wedding."

"Yes, your father (and mother and grandparents) owes you and your wife a huge apology for being so self-absorbed."

Another added: "It's laughable that you think he didn't cause the drama. Your wife is right, he should apologise."