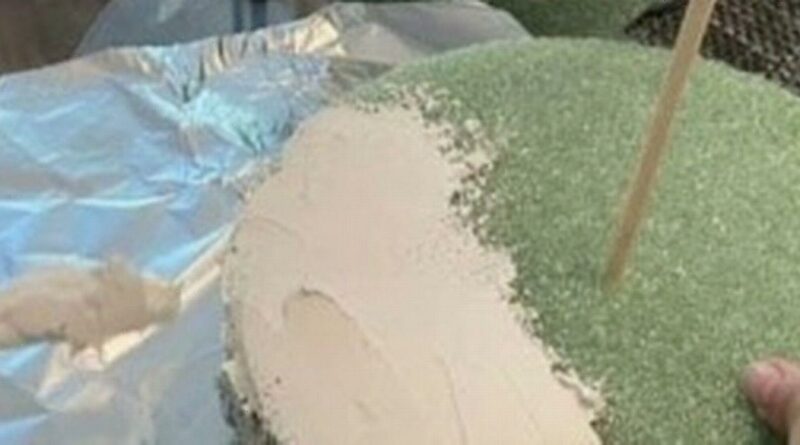 Weddings are expensive occasions from paying for the venue to the flowers to the clothes – there's a lot to cough up the cash for all in all.

Everything adds up so it's no surprise that some people find ways to try and cut back on splashing the cash where they can.

But one bride has left people in total disbelief as she tried to cut the cost by having a fake wedding cake that was made from nothing other than foam and wall plaster.

Showing off the cake by posting photos of the surprising creation online, the anonymous bride-to-be wrote: "Anyone else try a fake cake with foam and wall spackle?

"I seen it on YouTube and they make it look so easy!! We aren't having a cake so trying to figure out something for looks."

It was only a matter of time before her post was shared on Reddit's Wedding Shaming forum – where one person dubbed the idea as "tacky".

The social media user had some preservations about the idea, adding: "Or just don't have a cake at all???"

"An artificial cake makes perfect sense for a window display or a photo shoot," one wrote. "For a wedding? Not so much."

Other people said they thought it was "cheap", with another person commenting: "I’d be disappointed if I were a guest seeing the fake cake and looking forward to some of it and then not getting any!"

A third wrote: "Wow this is the most wasteful thing I’ve ever seen."

But not everyone was so critical, as others claimed it was something they could see giving a whirl.

One person said: "[She] stole my idea. Gorg fake cake. Take pictures. Take it to the kitchen to 'cut it'.

"Toss it in a dumpster and slice up a Costco cake."

Also defending the budget-cutting bride, another added: "People like the look of a big cake but not the price tag.

"There’s nothing wrong with having a fake cake and serving sheet cakes, that’s actually really common.

"This is a bad look but they’re trying to save money."