A plus-size model has accused Instagram of ‘shadow banning’ her posts claiming photos of slimmer women appear higher in searches.

Georgina Horne, 30, from Surrey, a lingerie and fashion model with 194,000 followers on the social media site, said bikini shots she had posted during a holiday to Turkey didn’t get as many likes as her posts usually would.

She accused Instagram of giving preference to ‘size 10’ women, saying ‘fat bodies are being muted’ because her photos and hashtags were no longer appearing as high up as her previous posts.

Questioning why her photos never made ‘top posts’ on Instagram, she accused the site of ‘shadow banning’  – where a user or their content is blocked so that they no longer appear in searches and the visibility of their content is greatly reduced. 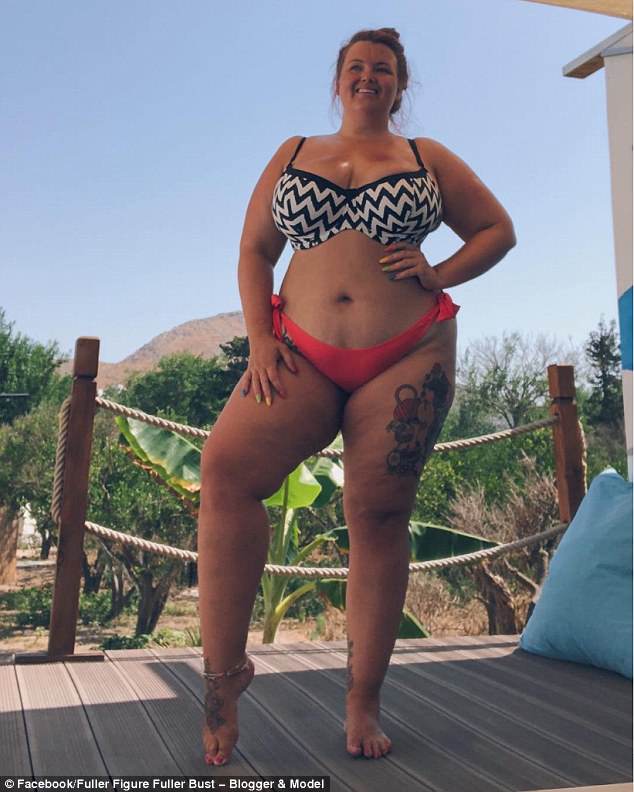 Georgina Horne, 30, from Surrey, has accused Instagram of shadow banning her posts after noticing that slim women appeared to come up higher in hashtag searches

Posting a bikini snap to Facebook as she enjoyed her sun-soaked holiday, she shared her frustration with her folllowers.

Georgina wrote: ‘‪I’ve defo been shadow banned on Instagram – I can tell because my posts never make “top posts” on hashtags with few posts, and my likes have vastly depleted.’

Accusing the site of giving women with more slender body shapes an unfair advantage, she added: ‘If I were a slim woman posting similar content then this wouldn’t happen.‬

‘Fat bodies are being muted, and I’m not ok with that. I post content that I know for a FACT empowers and emboldens others, and yet because my body isn’t “perfect”, I’m given a disadvantage.’ 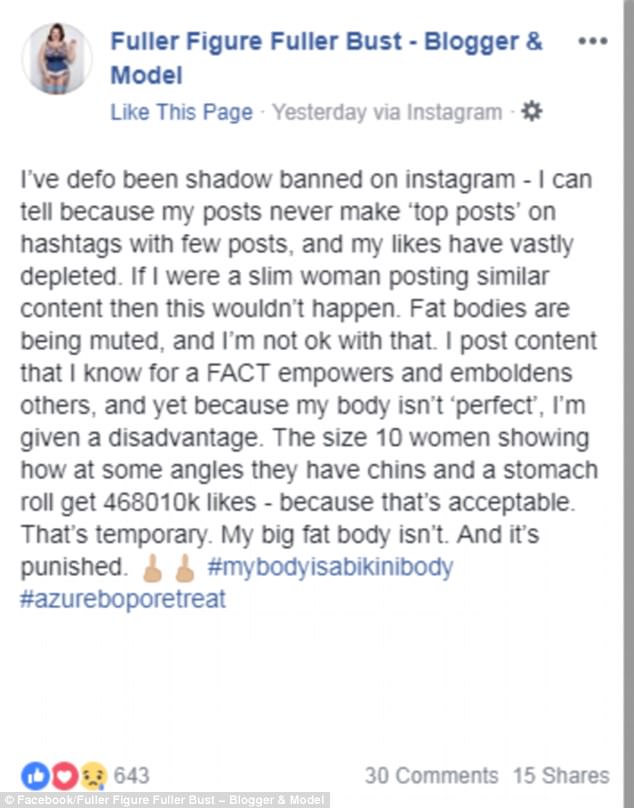 During a recent holiday in Turkey, the blogger noticed her bikini pictures were no longer getting as many likes and her hashtags weren’t appearing as high up as similar posts 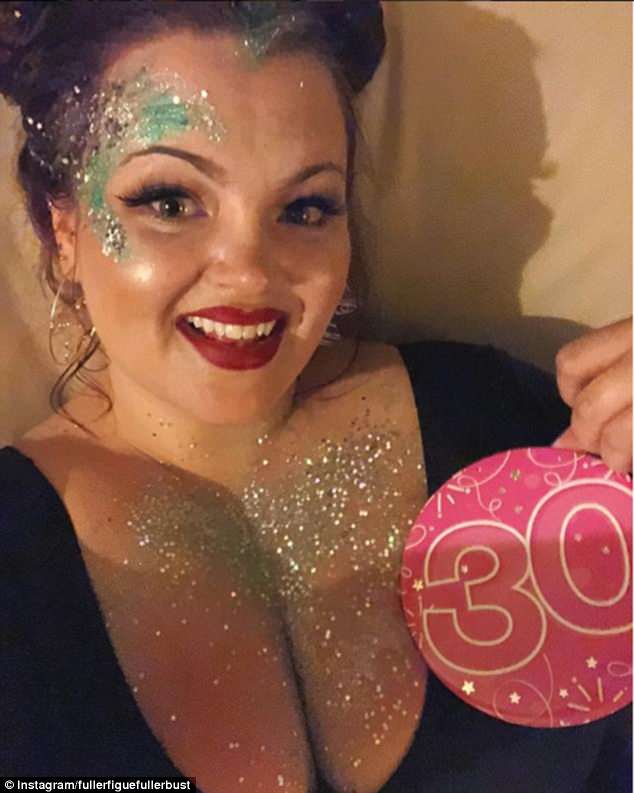 She expressed her disappointment at the apparent discovery, arguing that her content was designed to uplift but she was being given an unfair disadvantage

Admitting to feeling as though she was being punished, she added: ‘The size 10 women showing how at some angles they have chins and a stomach roll get 468,010k likes – because that’s acceptable. That’s temporary. My big fat body isn’t. And it’s punished.’

And her post was quickly flooded with comments from angry followers showering her with support.

One fan admitted to being in a similar situation, writing: ‘I think I have been too. Once upon a time I was getting new likes and follows every day – but I’ve been stuck at the same number of followers for roughly a year now. 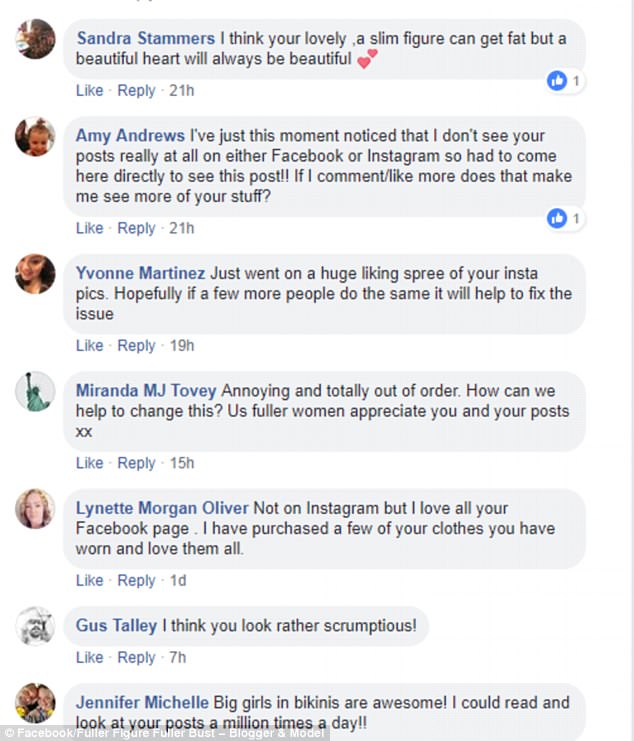 ‘It makes me sad and I agree with you – fat bodies are being muted. It’s discouraging. I don’t post nearly as much as I used to.’

Some revealed they had noticed the model’s posts coming up less frequently, writing: ‘George you are so right I follow a lot of you on Insta but rarely see posts only stories seems if you want to be seen you have to for stories which is so bloody wrong’.

‘Ughhhh same and I purposefully try to like every post I see so that it will put your account back on my newsfeed but this is the first post I’ve seen since right after you got home from your birthday trip!’ another observed. 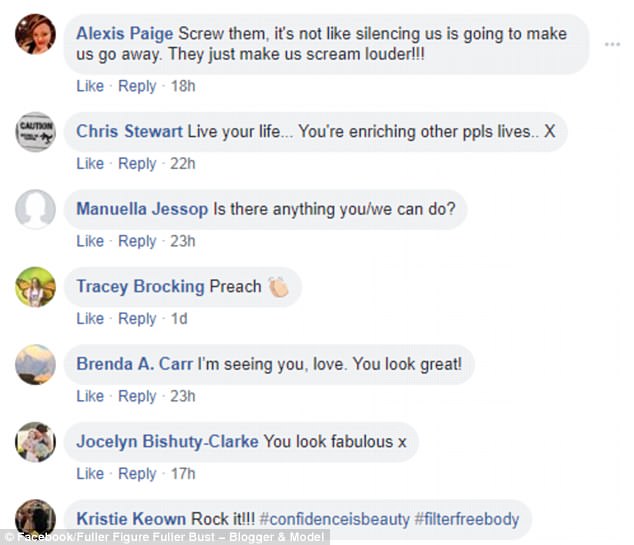 And some pondered whether the social network has an algorithm on body pictures.

A user by the name of ‘tasukibeth’ questioned: ‘The last time I posted a fatkini photo, *none* of the hashtags worked. Then I posted a picture of my face with the exact same hasthags, and *that* one worked. I wonder if IG has some sort of bullshit algorithm that breaks the hashtags on body pictures.’

And many praised her body positive image, with one writing: ‘I think you’re lovely, a slim figure can get fat but a beautiful heart will always be beautiful.’

One added: ‘It’s infuriating, it’s bad enough I’m forced to look at those skinny bodies when I don’t want to, but when I actively follow someone like you I don’t feel like Insta or Twitter should be allowed to keep you off my feed.’ 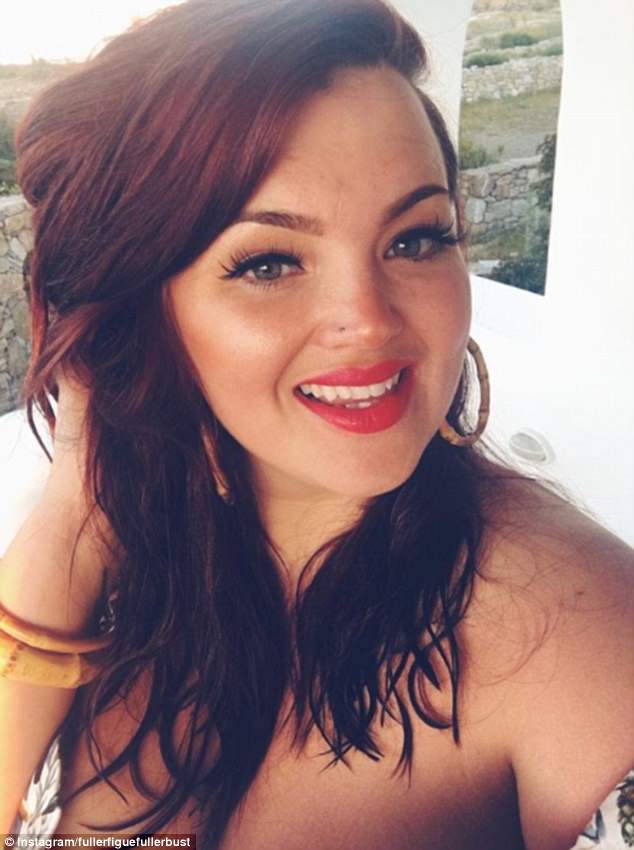 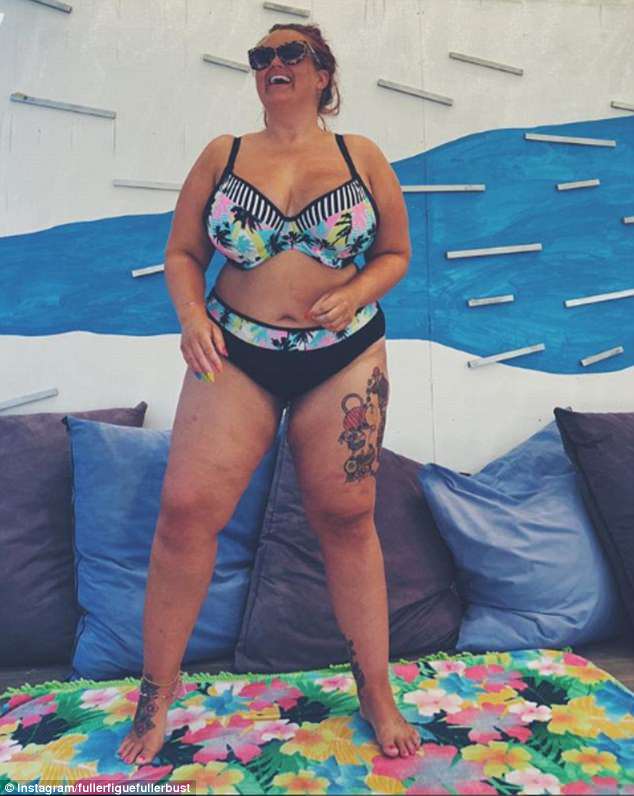 Georgina is a lingerie and fashion model who boasts 194,000 followers on Instagram , keeping them regularly updated with her body confidence snaps

However, others argued that it could have something to do with social media sites favouring sponsored posts and businesses.

One follower wrote: ‘Instagrams algorithm has changed and I no longer get hardly any likes on my business page either.

‘It’s a lot to do with Facebook as they want you to advertise posts etc like they do on there.’

Shadow banning refers to the act of blocking a user or their content from an online community so that they no longer appear in hashtag searches and the visibility of their content is greatly reduced.

In March Instagram addressed the issue of certain posts not appearing visible in hashtag searches, explaining that they were working on improvements to the system. 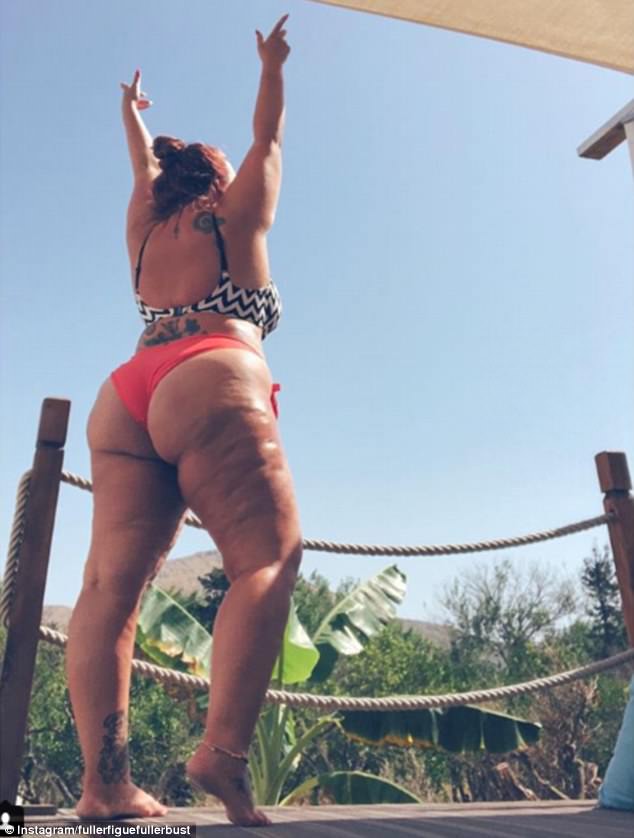 Many praised her body positive image, with one writing: ‘I think you’re lovely ,a slim figure can get fat but a beautiful heart will always be beautiful’. 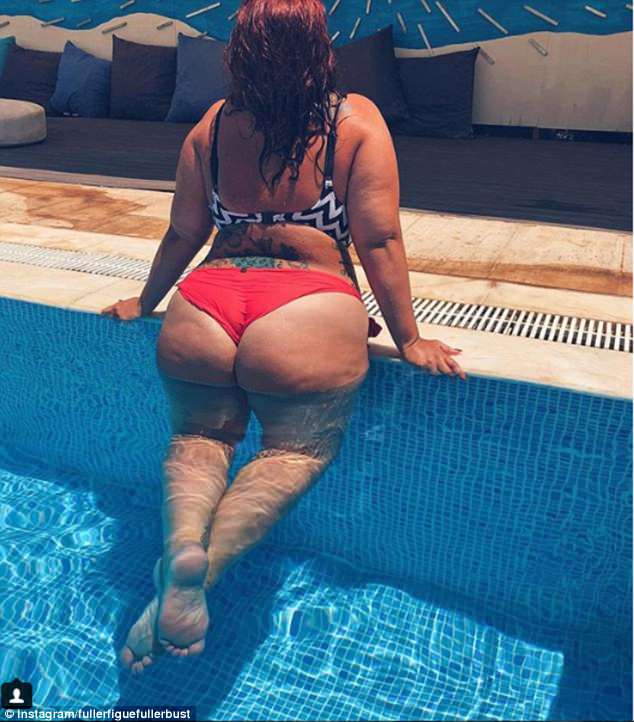 Some argued that it could have something to do with social media sites favouring sponsored posts and businesses, making her posts show up less