Home » Lifestyle » Broadcaster Kate Rodger opens up about menopause: ‘I feared I was losing my mind’ 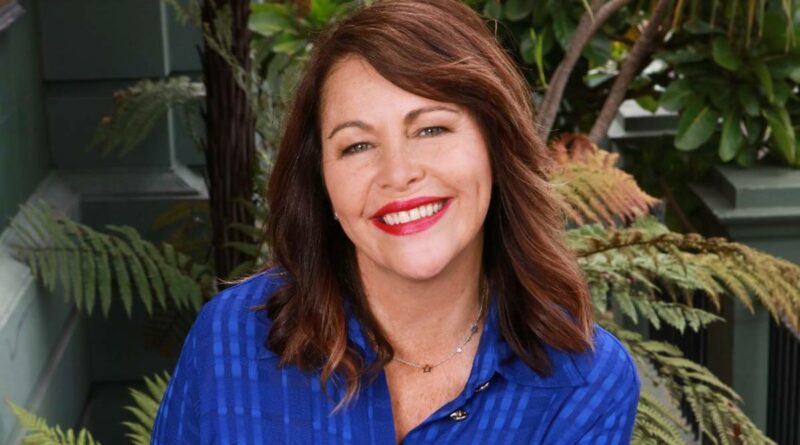 As Newshub’s entertainment editor, Kate Rodger is used to seeing her email inbox rapidly fill with messages after she’s given some action movie a two-star review, when clearly to others it was worthy of five. But lately, her inbox has been overflowing with messages of a different kind.

Since recently appearing on The AM Show to share her honest experience of menopause, the bubbly 54-year-old has been contacted every day by women suffering the same symptoms – and often in secrecy.

“They’ve all disclosed with me a different version of the same story, which is that they didn’t know what was happening to them or they now feel validated,” tells Kate, determined to break the taboo.

“I’m saddened to hear from women in abject misery due to menopausal symptoms, which are having such a negative effect on their life. This is not right. I’m sick of it not being talked about.

“I don’t want these women to be shunned or silenced! I want the conversation to be normalised just as much as women talk about periods or sex.

“I’m of a generation where my mother and aunts never spoke about it. So I woke up one day and felt angry at everyone in my house except the cat. I started getting up five times a night because I was lava, and had to put my head in the fridge and scull cold milk.”

Unashamedly evangelical about the need to rebrand what a menopausal woman looks like, Kate admits she experienced multiple hot flushes while covering last year’s Academy Awards in Los Angeles. Wearing a fitted floor-length gold sequined gown, viewers at home would have never known the consummate professional was in “full flight” menopause, while calmly doing live crosses back to the TV studio.

“It was before I went on hormone replacement therapy [HRT]. I’ve been to the Oscars a few times, but I had so much more anxiety going into the 2020 awards than I had previous years,” she explains. “I hadn’t been sleeping well and I didn’t know if the dress, which
I’d been given the year before, was even going to still fit me.

“I then had so many hot flushes in the dress, so by the end, I was a hot, sweaty mess, but I just used a lot more powder and rolled with it. Thankfully, I didn’t have brain fog when interviewing Kiwi film-maker Taika Waititi.”

According to the Australasian Menopause Society, around 70 per cent of women have significant symptoms and only 40 per cent will see a doctor because of them.

That statistic doesn’t surprise Kate in the slightest.

“From the response I’ve had, I’ve learned there’s like 34 symptoms of menopause and every woman gets different ones, with many suffering in silence. Hormone levels don’t tend to drop in a steady and consistent way. Instead, they can suddenly spike or dip, triggering flushes, night sweats, depression, vaginal dryness, dead libido and memory problems.

“It’s not a very sexy conversation, is it?” she says, before bursting out laughing.

“A lot of women told me they thought they were getting early-onset dementia before they realised it was menopause. Because whether you’re giving a presentation in a boardroom or chatting on a Zoom call, or live on television like I’ve experienced, and you get brain fog, man, does it hit your confidence and give you a real fear that you’re losing your mind.”

Funny, candid and self-deprecating, Kate’s own turning point in seeing a GP came after she realised she didn’t want her son Max, 9, to remember his first 10 years as “Mum being loopy”.

Remarkably, she had naturally fallen pregnant with Max at the age of 45, after thinking the door to her fertility had well and truly closed.

“My obstetrician said at that age it was a 0.01 per cent chance of getting pregnant. So I was quite shocked to have a child accidentally at 45, but it also felt miraculous,” says Kate.

“Because I was immersed in parenting a young child, menopause wasn’t part of any conversation with my friends until the last couple of years.”

Her first symptom wasn’t a hot flush, but rather being filled with rage for no reason. She recalls driving into the garage at home, closing the car door and instantly beginning to seethe.

“That just isn’t how I usually operate and I wasn’t prepared to scar my child’s life by living that way. So my doctor started by putting me on Citalopram, a type of antidepressant usually prescribed to help women with hot flushes. It worked a treat and calmed my edges and helped me sleep.”

Because Kate’s mother died of breast cancer at the age of 49, she was initially hesitant to try HRT.

“The bad press around HRT is still out there, unfortunately. Many would have heard about a study that has since been debunked, claiming HRT increased the risk of breast cancer. But I did my own research and decided to try it and it’s certainly worked for me. I whack an oestrogen patch over my Caesarean scar, which I change twice a week, as well as taking
a progesterone pill.”

Kate believes the sooner women can get their head around what menopause is, the sooner
they can start making some simple lifestyle choices to offset some of the debilitating symptoms.

For her, that meant giving up alcohol and cutting back on sugar.

“I’ve been a big wine-drinking party girl for many, many years. Yet for the last three years, I cannot handle it. I’ll be lucky if I can get through a quarter of a thimble of rosé now,” she laughs.

“Sugar is also the enemy of menopausal women. I’ve been conducting all sorts of fascinating experiments over lockdown with it. I know that if I eat a piece of banana cake with cream cheese icing, that between 13 to 17 minutes later, boom! I get a massive hot flush.”

She’s also implemented having a “no noise” rule driving to and from work (“I need 15 minutes of silence for my brain to regenerate a little bit”) and suggests talking to those you live with about what you’re experiencing.

“After losing my rag at home one day, I sat down with my son and 13-year-old stepdaughter Jaeda, and explained what was happening to me and why I was behaving the way I was. It was an inclusive, open conversation so they had some knowledge, too.”

And contrary to what some believe, Kate is quick to point out that menopause is not just a women’s conversation.

“Your male boss should know about it, your brothers, sons and partners need to know about it, and that ‘this too shall pass’. The more they join her on the journey, the better it is for her wellbeing.”

Since The AM Show put Kate’s impassioned interview up on Facebook, it’s had more than 21,000 views, with the odd male viewer commenting too.

“My lovely father, who’s in his eighties, sent me a beautiful message from a friend of his who watched it. He relayed how hard it was for him and his wife when she was going through the change, and that he just wanted to be there for her. He said he soon realised that when she told him to get out of the room, he would just need to quickly get out of the room,” she smiles.

“Although being vulnerable on national TV was intense – I burst into tears afterwards – and I never intended to become the Kiwi poster girl for menopause, I am completely comfortable with embracing it.

“Knowing that someone else is going through the same thing gives us strength. And
I don’t believe that because I’m going through menopause that my life is over and I’m not fabulous.”