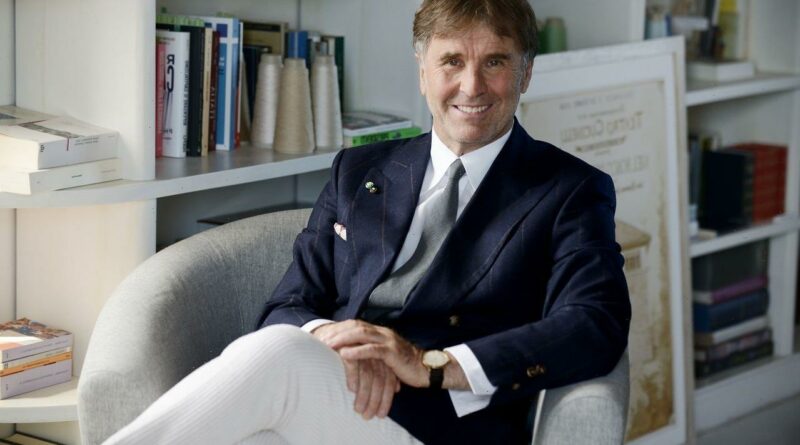 Italian luxury creative director and the chief executive of his eponymous made in Italy brand, Brunello Cucinelli. A vintage residence tucked away in a notoriously celeb-packed enclave near the base of L.A.’s Runyon Canyon, in the foothills just above Hollywood, has changed hands for the first time in nearly 40 years in a secret, $5 million-dollar off-market deal. Nipped down a storied cul-de-sac and all but invisible behind secured gates and a clipped hedge, tax records show the 1920s Spanish Colonial Revival residence was owned for decades by veteran showbiz executive Robert A. Geary. The new owner is erudite Italian luxury fashion designer Brunello Cucinelli.

Cucinelli, whose eponymous label sells tasteful, ultra-luxe products that include $700 braided leather belts, $1,200 cotton hoodies and $3,700 cashmere sweaters, started his company in the mid 1970s, selling brightly colored cashmere sweaters, and took it public in 2013. The success of the IPO made him a billionaire, a famously philanthropic one who donates 20% of his profits to the Brunello and Frederica Cucinelli Foundation, per Dirt. Since the property was not listed on the open market, details are scant. Tax records indicate there are five bedrooms and three bathrooms in just over 3,800 square feet spread over two floors that sit atop an arched loggia that overlooks the manicured backyard and swimming pool. Inside, the living room boasts a 20-foot vaulted and stenciled ceiling, and there are unobstructed views from the downtown skyline to the Pacific Ocean.

Susan Andrews and Justin Roberts of Compass handled the seller’s side of the transaction, while Brent Watson and Marco Salari, both with Coldwell Banker Realty, represented Cucinelli in the deal.

Given it’s proximity to the Hollywood and Burbank studios, Beverly Hills and the Sunset Strip, the neighborhood has long been appealing to Tinseltown movers and shakers. The former estate of Hollywood icon Raymond Burr is just down the street — it’s now owned by composer Harald Kloser, and some of the other neighbors to whom Cucinelli can send his housekeeper for a cup of sugar or an egg include film and television producer Alan Ball, who bought his huge spread about eight years ago from Sheryl Crow, Katey Sagal, who acquired her home earlier this year for $5.825 million, and “Pretty Little Liars” alum Julian Morris, who picked up his home from Sam and Aaron Taylor-Johnson earlier this year for almost $7.2 million.

The Los Angeles house is considerably smaller than Cucinelli’s primary home in the medieval hamlet of Solomeo, about halfway between Rome and Florence, in Italy’s Umbria province. Earlier this year, the charming 68-year-old billionaire gave The New York Times a tour of the sprawling 33,000-square-foot villa, where he keeps a collection of rare books, a piano he cannot play, and dozens of busts of the world’s great philosophers, scientists and artists.

READ NEXT: The Rock Reveals $15 Million XFL New Team Names And Logos For 2023