The Bangtan Boys are back in New York City and took the first opportunity on stage with “Good Morning America” to thank their passionate, committed fans known as the “army.” 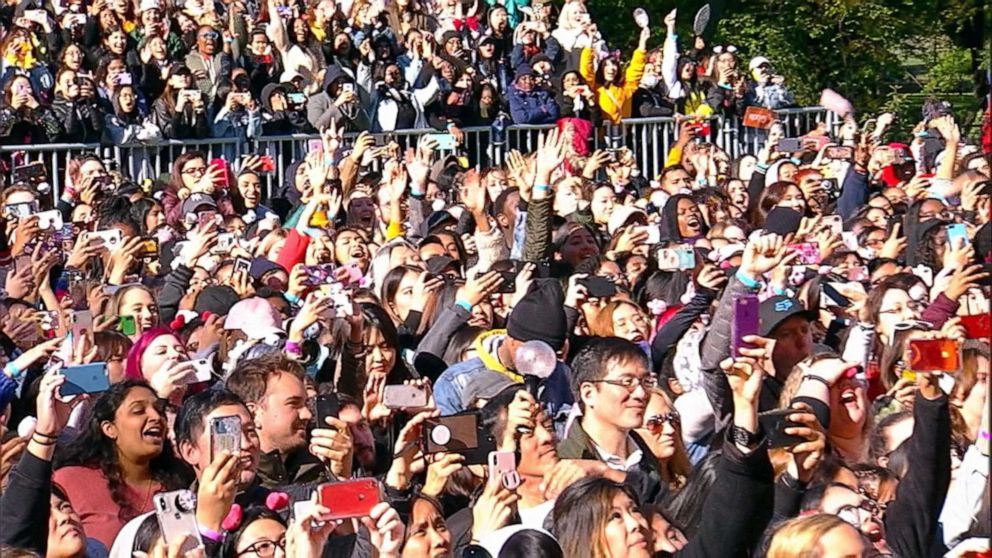 “Our fans are the best. They are motivation. We love you army,” one of the artists “V” said.

“Thank you for waiting for days [in the rain, cold, everything],” RM added.

Between the mass international appeal and record-breaking hits, Jin, Suga, J-Hope, RM, Jimin, V and Jungkook, are being compared to The Beatles.

The K-pop superstars recently became the first band since The Beatles to earn three Billboard number one albums in single year with their latest “Map of the Soul: Persona.”

“I mean, we’re all fanboys of [The] Beatles, of course, who is not,” RM said. “We feel so honored to be with the greatest names in the music industry — we love [The] Beatles of course.”

The group’s newest single, “Boy with Luv,” featuring Halsey broke the record for most watched video in 24 hours.

RM said the hit is “about finding joy and love and being curious about the little things.”

“Most importantly ‘Boy with Luv’ is like a fan letter from BTS to Army,” he added.

BTS is currently on a worldwide stadium tour, Love Yourself: Speak Yourself, and kicked off “GMA’s” 2019 Summer Concert Series in Central Park. 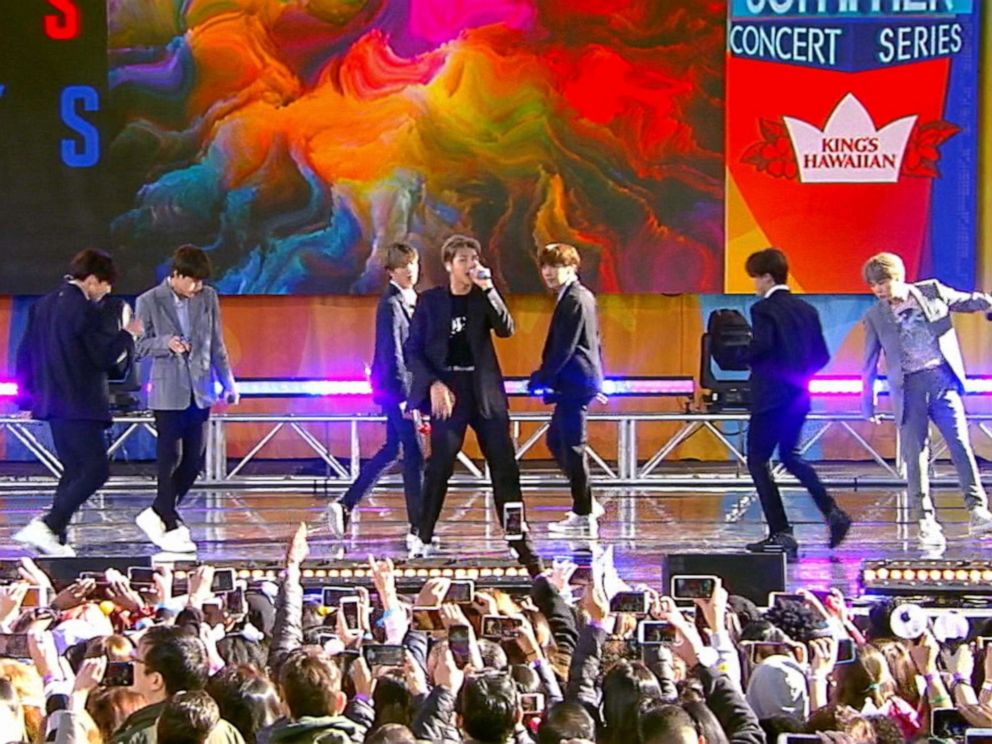