Home » Lifestyle » 'But You Can't Cook': Why Cam Newton Perpetuating Gender Stereotypes Is So Problematic 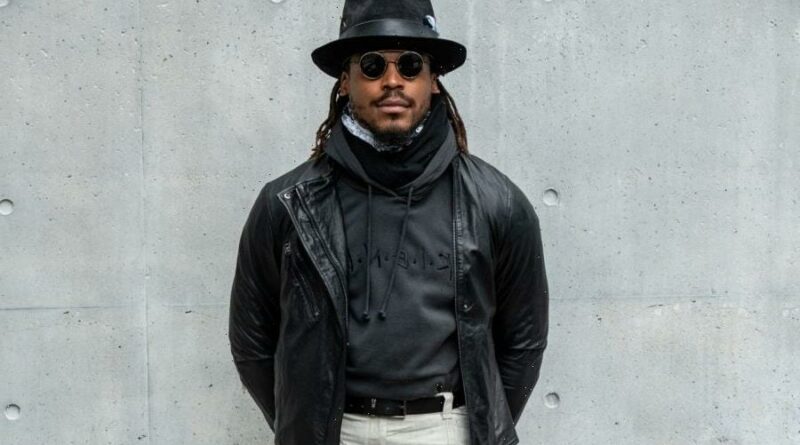 The conversation was going so well. Newton gushed over his parents, who have been married for 36 years, and touched on the great examples both of them have been. The quarterback said he had the perfect example of what a man is thanks to his father, and that his mother taught him what a woman is.

From there, the conversation went left, when unprovoked, Newton thought it would be a good idea to define what a “bad b—h” is for all women.

He continued (and I wish he didn’t), “Now, a woman for me is, handling your own but knowing how to cater to a man’s needs, right? And I think a lot of times when you get that aesthetic of, ‘I’m a boss b—h, I’m a this, I’m a that…’ No baby. But you can’t cook. You don’t know when to be quiet. You don’t know how to allow a man to lead.”

He also told “men to start being men,” for the record.

Newton’s comments were triggering for me because they reinforce the idea that who a woman is and what she does is irrelevant if it doesn’t serve men.

I personally have spent thousands of dollars on therapy and self-help books to unlearn this toxic messaging and redefine my value outside of what men and society say I should be. I can now confidently say that women have permission to exist, be valuable, and be visible outside of men. It’s flabbergasting to me that in the year 2022, when Ketanji Brown Jackson is the first Black woman to be confirmed to the Supreme Court, there are men who affirm the opinion that a woman isn’t a woman if she can’t “cater to a man’s needs” and shut up when they’re talking.

I lived through a marriage where I was expected to cook three meals a day, take care of a baby, keep the house tidy, look like a beauty queen, drop it like it’s hot in the bedroom and work full-time. I was also expected to be quiet and not challenge authority, aka, the leader and head of the household. The mental load was driving me over the edge most days and I wondered how I would live like that for the rest of my life. That is until I decided I didn’t have to.

Men who hold dusty patriarchal views like Newton’s say they want women to “hold their own” and “be successful,” yet leave them to drown in the deep end with endless domestics and responsibilities. What I think these men mean is it’s ok to be a successful woman (whatever that means) as long as you continue to uphold the patriarchy in the process.

While we have made progress in the past almost two decades (distribution of labor has become more equitable since 1996), there is still room for growth. A 2021 Pew Research Center report found 59 percent of women said they do more household chores than men and no, not all of them are ok with it. According to the report’s findings, 39 percent of married and cohabiting women vs. 49 percent of men said they’re happy with the way household chores are divided.

I am in no way saying there is a single way to define gender roles and that household labor always has to be equal. I am not saying men who desire a woman like the one they grew up seeing are wrong, neither am I saying being a “traditional” woman is wrong. I am saying we all have the right to choose how we want to show up in relationships and the world without being criticized by others for that choice. We as women deserve to be loved and valued for who we are and not because we can cook a fire salmon or don’t voice our opinions. (And for the record, you could do all of those things and more to make a man happy and it doesn’t mean your needs will be catered or that you’ll even be respected in a relationship.)