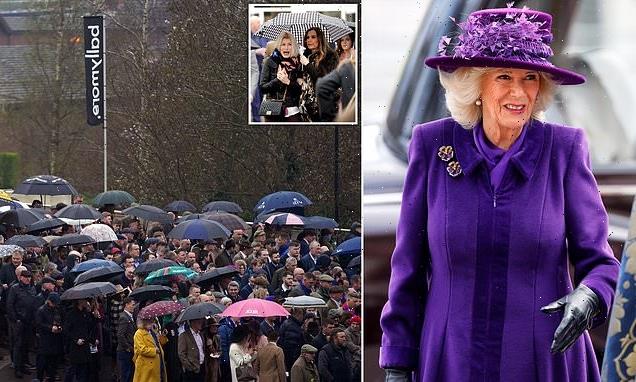 Duchess of Cornwall, 74, cancels visit to rain-soaked Cheltenham Festival as palace reveals she’s ‘pacing herself’ due to a lingering Covid cough she ‘can’t get shot of’

The Duchess of Cornwall has cancelled a visit to the Cheltenham Festival today, just a week after revealing that her health is still being hampered by her second bout of Covid.

Camilla, 74, was due to attend the second day of the four-day race meet but is thought to be still suffering from a ‘slight cough’ after testing positive for the virus last month.

The Gloucestershire race course – hit by heavy rain this morning – was set to welcome the royal to present the trophy to the winning owner, jockey and trainer of the Queen Mother Champion Steeple Chase.

Clarence House confirmed the duchess would not be attending the Cheltenham Festival but declined to comment further. 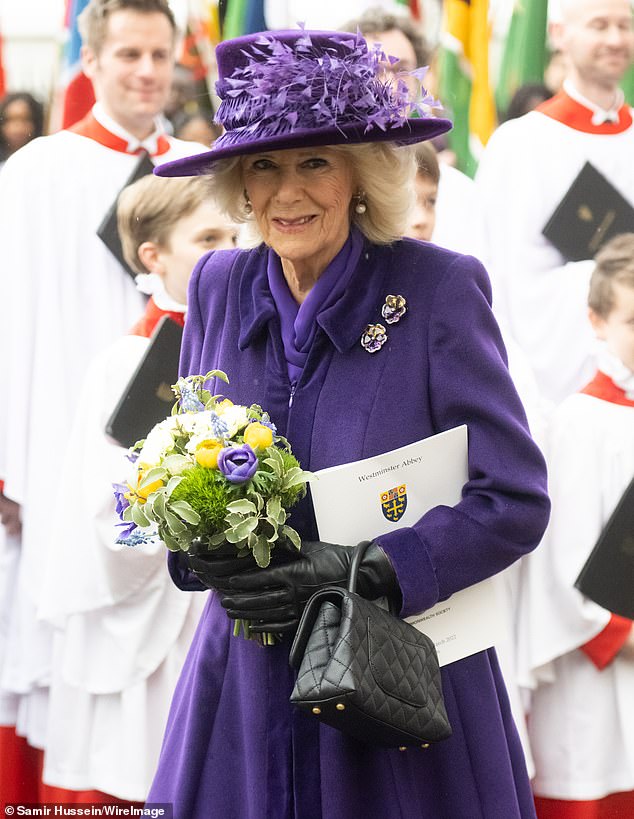 The Duchess of Cornwall, 74, had been due to attend the second day of the four-day Cheltenham Festival – but pulled out earlier today (Pictured at the Commonwealth Day Service at Westminster Abbey on March 14th) 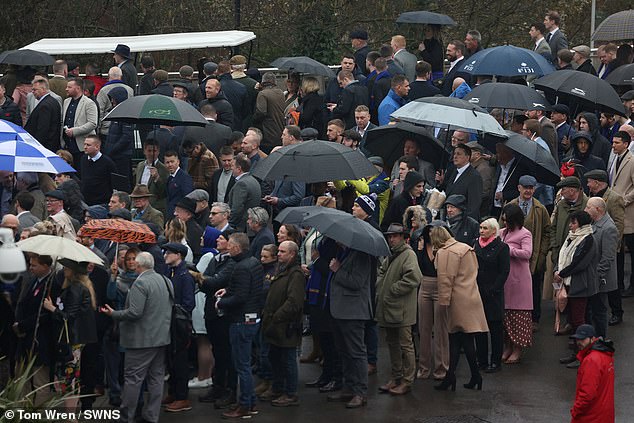 Poor weather made day two of the Cheltenham festival a soggy proposition; last week the Duchess of Cornwall revealed she still had a ‘spluttering’ cough following her battle with Covid last month

At a reception to mark International Women’s Day at Clarence House last week, the wife to the Prince of Wales revealed she was struggling to ‘shake off’ the effects of her bout of the virus from three weeks ago.

During a meeting with a group of record-breaking charity rowers, she told them: ‘Well, it’s taken me three weeks and I still can’t get shot of it.

She added: ‘Probably my voice might suddenly go coughing and spluttering.’

On Tuesday this week, the Duchess visited the Irish Cultural Centre in west London with the Prince of Wales and the couple celebrated Irish culture ahead of St Patrick’s Day.

But she cancelled an appearance at an evening event on Monday, when she was due to meet High Commissioners and Commonwealth Secretariat staff with Charles. They both attended the Commonwealth Day service earlier in the day.

Over the next four days, as many as 250,000 horse racing enthusiasts are set to descend on the Cheltenham course in Gloucestershire. 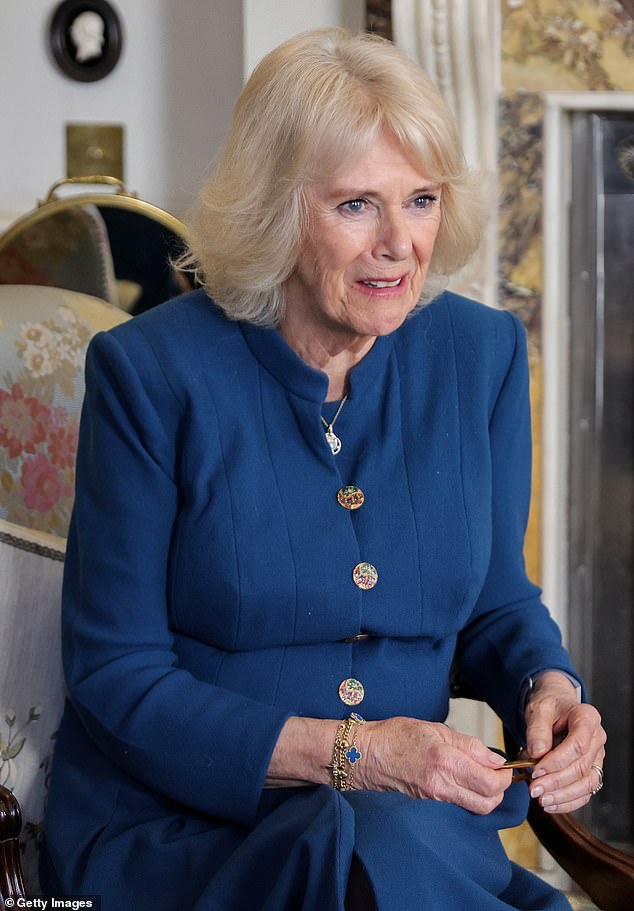 The Duchess of Cornwall (pictured) has described the lingering side effects of Covid-19 she is still battling after testing positive last month. Camilla, 74, made the comments about having a lingering cough when hosting a reception to mark International Women’s Day at Clarence House last week 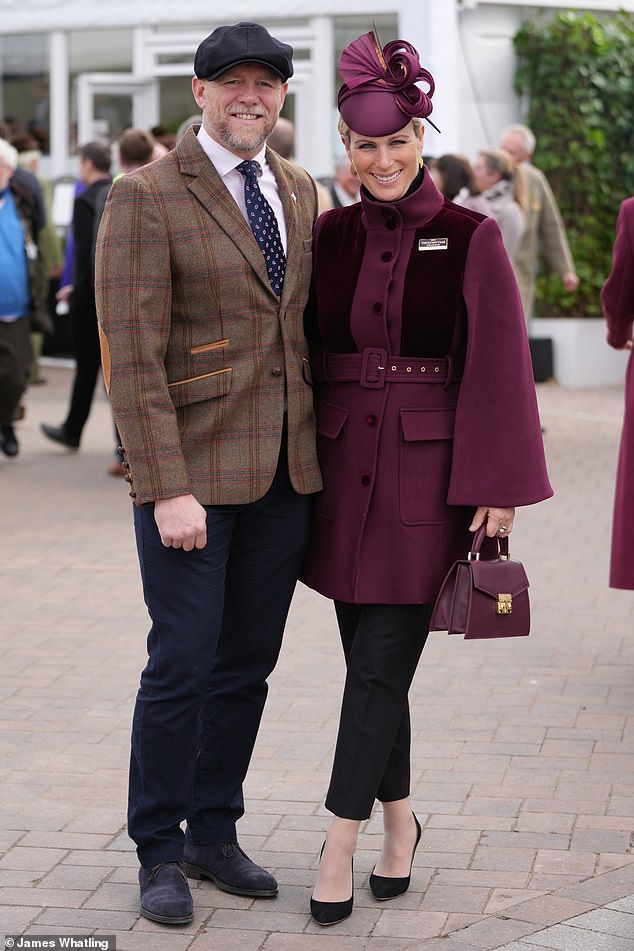 Yesterday saw the Queen’s granddaughter Zara Tindall attending Cheltenham, looking elegant in a berry-coloured coat as she led the royal racegoers on the first day of the Cheltenham Festival 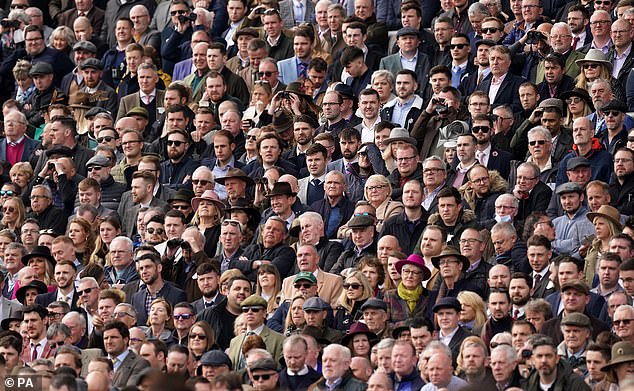 Over the next four days, as many as 250,000 horse racing enthusiasts are set to descend on the Cheltenham course in Gloucestershire 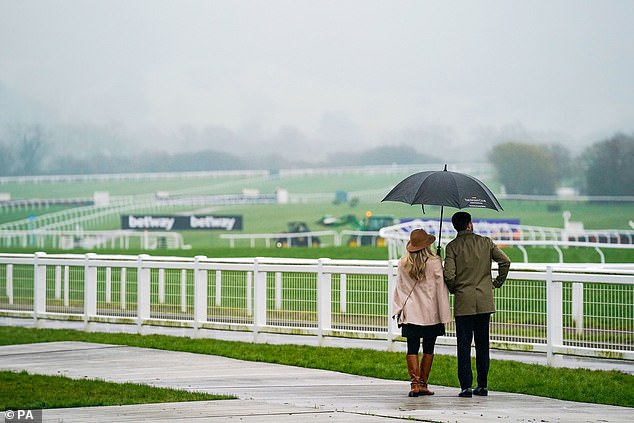 The heavens opened above the famous Gloucestershire race course today, after warm, dry weather on the first day of the event

Cheltenham, considered a highlight of the British racing calendar, is welcoming people for the first time since 2020 after the pandemic forced organisers to hold last year’s event behind closed doors.

The famous festival was one of the last major sporting events to be held with spectators before lockdown in March 2020.

The event was accused of being a Covid super-spreader event, with a number of famous faces including the Duchess’ ex husband Andrew Parker Bowles, comedian Lee Mack and footballer Charlie Austin all contracting the virus.