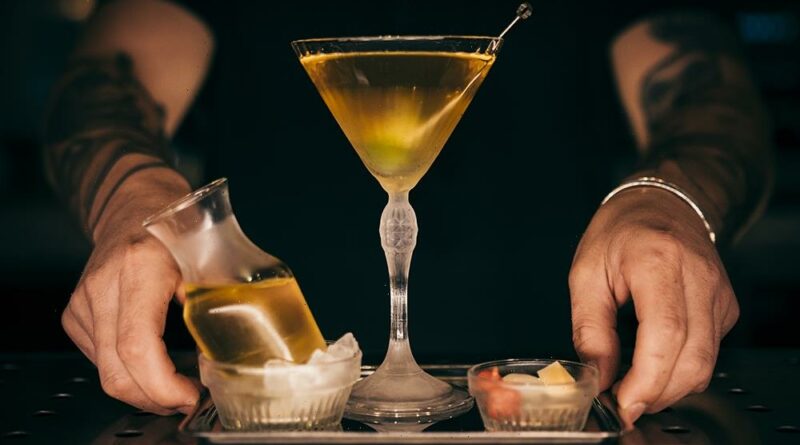 Downtown L.A.’s Arts District is roaring back to life post-pandemic, and Camphor is the latest addition to the lively scene. Located in the former Nightshade space, Camphor marries French technique with South Asian influences. Chefs Max Boonthanakit and Lijo George worked together at Alain Ducasse’s Blue in Bangkok, and they’re relishing the access to fresh local produce that had to be imported at their previous restaurant. Boonthanakit says they’re cooking “the food that we love to eat, but we try to pack in as much flavor as possible.”

The mostly white space, broken up with pops of indigo, provides a minimal canvas for delicately constructed dishes like Dungeness crab barbajuan (a sort of French empanada) or dry-aged, slow-roasted chicken seasoned with truffle and thyme and stuffed with chicken thigh mousse. Boonthanakit says the chefs have a direct contact in India that sends spices direct from the farm. “Our cardamom smells like almond. We have our own flavor identity,” he explains.

Recognized for his creative desserts when he was pastry chef at Nightshade, Boonthanakit gives close attention to Camphor’s sweets, like a riff on kiwi fruit that incorporates kiwi gélee and kiwi ice topped with charcoal powder. Bar director Andrew Paniagua’s cocktails include the showstopping “interactive” Provence martini washed with French olive oil and infused with herbes de Provence, served with a sidecar and accouterments like Midnight Moon cheese and pearl onions brined with tarragon.

The traditional St. Patrick’s Day blowout is just the start of a year of celebrations planned for the centennial of the Tam O’Shanter, one of L.A.’s oldest restaurants. Hollywood set designer Harry Oliver created the storybook look of the steakhouse, which went on to become a favorite of Walt Disney as well as Rudolph Valentino, Mary Pickford and Douglas Fairbanks. Anniversary events will include a whisky-tasting series, a special-edition barrel whisky and cocktail, a coffee-table book and summer barbecues.