Home » Lifestyle » Can China build coal plants and climate treaties at once? 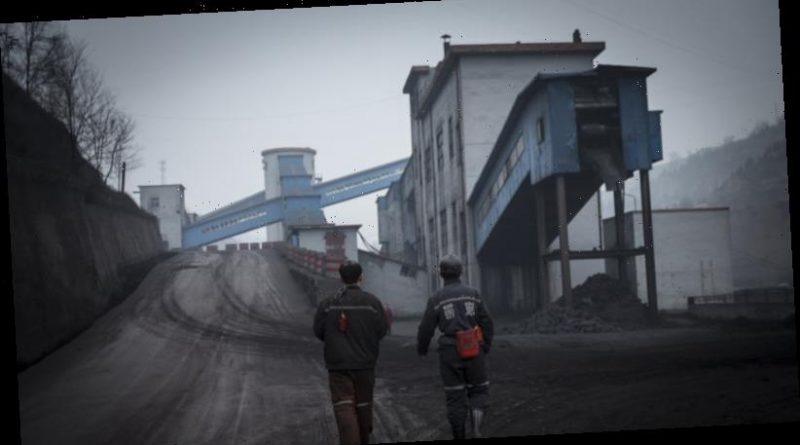 “Trust, but verify,” said Ronald Reagan to sceptics when he negotiated with Russia to help abate an existential threat to the world in the form of nuclear weapons.

Today the existential threat is climate change, and Western sceptics are wondering if China can be trusted to work with America to avert it.

In climate circles, there is universal agreement that unless the two superpowers co-operate not only to drastically reduce their own emissions but to drive the rest of the world towards an effective global agreement, we have no chance of avoiding catastrophic climate change. 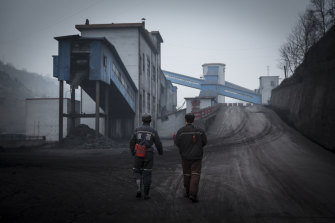 The central Chinese town of Liulin went from rags to richeson the back of its rich coal reserves.Credit:

China produces a staggering 28 per cent of global greenhouse gas emissions and the US 15 per cent. But there the agreement wavers.

In September last year, Chinese President Xi Jinping shocked the world by announcing at the United Nations that his country would pursue a net zero by 2060 target, putting China almost in line with the most climate-ambitious nations in the world, which have set 2050 net zero targets.

“I think it is potentially enormous — stressing both words,” Lauri Myllyvirta, lead analyst at the Centre for Research on Energy and Clean Air (CREA), told The New York Times after the announcement.

But even as China was setting ambitious goals, it was also throwing up new coal-fired power plants as fast as it could, prompting sceptics to doubt China’s climate commitment and coal champions to celebrate the old fuel’s future.

Between 2015 and 2019, 360 coal plant units were added to China’s fleet, CREA reported. So far this year, the Chinese power industry has proposed 40.8 gigawatts of new coal plants – an amount comparable to the entire coal fleet of South Africa. By comparison, Australia’s largest coal-fired power station, Eraring, has a capacity of 2.8 gigawatts. 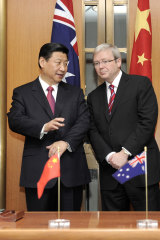 China’s then vice-president Xi Jinping with then Australian Prime Minister Kevin Rudd at Parliament House in Canberra in 2010. Credit:AP

Despite the spate of coal construction, says Myllyvirta, China has yet to violate any of its climate commitments.

“There is nothing in its international agreements that say you cannot make stupid investments,” he told the Herald and The Age, noting that under current commitments, China’s emissions are not expected to peak until the late 2020s.

Myllyvirta is one of many international observers who note that coal plant construction is used in China as much for the generation of economic stimulus as it is for generating power, with, as his recent report on the China coal boom noted, “state-owned banks that lend to state-owned utilities with little due diligence” in order to prop up GDP.

His report suggests China now has 400 GW of excess coal-fired capacity, and it charts a decline in the utilisation rates of the country’s coal fleet. “In 2019, the average thermal power plant was generating electricity at 49 per cent of capacity, down from 50 per cent in 2015 and 60 per cent in 2011,” it says.

Nonetheless, Myllyvirta is concerned that China’s coal-building binge is neither rational nor consistent with plans to rapidly decarbonise its economy.

Former prime minister and China scholar Kevin Rudd agrees that stimulus has played some role in China’s return to coal, identifying the downturn it was seeking to buffer as preceding the COVID-19 pandemic and being related to its trade war with the US.

Nonetheless, he still sees China as a serious actor on climate change. Rudd says there has been a revolution in the way China views climate change since the failed Copenhagen climate summit 2009.

“The reason is, frankly, that they get science. I’ve been talking to Chinese political leaders and climate change officials about this for more than a decade,” Rudd says.

“To begin with, you’d get blank stares. Now, all the assumptions about both science and policy are taken as granted. And the debate [today] is about the policy practices of [decarbonising].”

According to Rudd, in recent months directives have been made from the central government to provincial leadership to halt building new coal and to plan for the decommissioning and mothballing of older power stations.

Today in China, says Rudd, the debate has moved on to whether it should end the construction of offshore coal plants via the Belt and Road Initiative.

When you challenge Chinese officials on the rash of coal construction, they respond that it was necessary during the downturn but will now end, he says.

In Rudd’s estimation, China’s decision to act on climate is informed by a “brutally realist” world view.

“It’s because they’ve worked out that unless they act on climate change themselves as the world’s largest emitter by a country mile, and get the Americans to act in concert, then China’s aspirations to become a pre-eminent global great power by mid-century is undermined environmentally.”

China understands, says Rudd, that unless climate change is arrested, its river systems will be completely undermined by a melted Himalayas, the north China plain will be rendered barren by water scarcity and storm intensity across south-east China will begin to wreak unprecedented havoc. 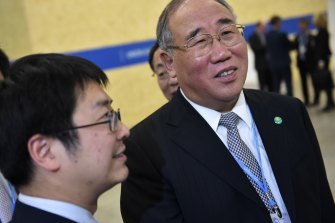 On Friday, China released an overview of its 14th five-year plan, or economic blueprint. The document disappointed those who hoped China would commit to raising its ambitions. China recommitted to having its emissions peak by 2030 and said it would reduce its “emissions intensity”, the measure of carbon dioxide produced per unit of GDP, by 18 per cent over the period 2021 to 2025.

“In terms of the climate, initial indications from China’s 14th Five Year Plan are underwhelming and shows little sign of a concerted switch away from a future coal lock-in,” said Swithin Lui, the Climate Action Tracker’s China lead, of NewClimate Institute.

But this is not the only signal that China has made on climate recently. Last month China appointed Xie Zhenhua to be its new special climate envoy, opposite John Kerry in the US.

Scarred by the collapse of the Copenhagen climate talks early in his presidency, Barack Obama was determined that the Paris talks in 2015 would not share the same fate.

With John Kerry as secretary of state, the Obama administration began secret talks with China a year before the summit and after painstaking negotiations announced a joint climate agreement in late 2014.

The impact of the deal announced by surprise in the lead-up to the Paris talks is hard to exaggerate. “In one move, Obama and Xi broke the logjam of climate politics,” Jairam Ramesh, an Indian economist and politician told Rolling Stone magazine at the time. “Until now, China has insisted that the US and the EU are largely responsible for climate change. But this raises the bar for other nations.”

The deal deprived climate obstructionists of the argument that there is no point in Western nations acting without China and all but assured the success of the Paris talks.

While the great power competition between China and the US will continue, Xie’s appointment suggests that co-operation on climate change may be quarantined and preserved, says Rudd, who has known Xie for more than a decade.

“I know for a fact that Xie has a deep personal and professional relationship with practically all of the senior climate change personnel of the Biden administration.”

Sitting at the intersection of China’s foreign policy and domestic political establishment, known and trusted in the West, Xie is in a perfect position to negotiate a climate deal with the US that could become the foundation of a global agreement, says Rudd.

Such a deal is in China’s interests, too.

“This is not animated by some Kumbaya moment, some desire to appeal to the collective West and the wider world. It’s driven by hard science and mathematics.”