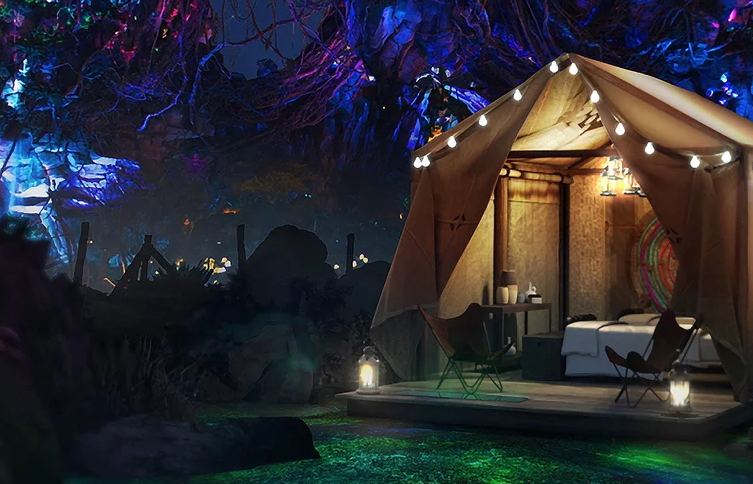 Glamping, otherwise known as luxury camping, is having a major moment right now. Who wouldn’t want to experience the great outdoors while also having access to running water, air conditioning, and king size beds? Now, you have the chance to go glamping with your girlfriends at the happiest place on Earth.

Walt Disney World has announced that they will allow two guests to spend one night glamping inside Pandora — The World of Avatar, a big-budget section of the Animal Kingdom park in Orlando, Florida. According to Travel + Leisure, this offering is part of a new Walt Disney World D-Camp contest.

In July, the contest winner and their guest will spend the night in Pandora, which is themed after the James Cameron movie Avatar. The park opened in 2017, and offers attractions like the Na’vi River Journey, a river cruise through Pandora, and Flight of Passage, a flying simulator attraction where you get to “fly” on a banshee.

The lucky duo will get to sleep in a tent on the glowing, bioluminescent park grounds and wake up to the sunrise over Pandora’s gorgeous floating mountains. Also, being that they’ll be in the park overnight, the contest winners will probably be first in line for World of Avatar’s attractions—which means no hour-long waits!

To enter the contest, all you need to do is visit the D-Camp contest website and share a video explaining why you should be picked for the glamping adventure. Entries must be received before June 22, and finalists will be asked to participate in an interview in early July.

From: Country Living US