Home » Lifestyle » Cancer Destroyed Tristan's Butt, But Will the Botched Doctors Be Able to Give Him the Backside of His Dreams? on Botched 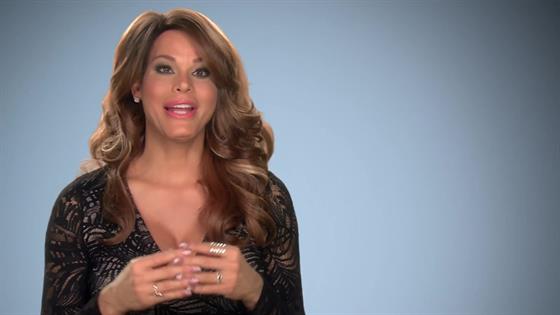 On Wednesday’s all-new Botched, Tristan seeks the help of the show’s doctors to restore the backside he lost to a cancerous tumor.

“I was diagnosed with Ewing’s sarcoma at the age of eight,” Tristan revealed.

For Tristan’s mom Angelica, it was particularly tough dealing with the disease.

“He tells me, ‘Mom, guess what? I have cancer, but it’s OK because the doctors are going to give me medicine to fix it,'” Angelica said with tears in her eyes. “It’s hard. It’s difficult to hear that from an eight-year-old child telling you that.”

Dr. Paul Nassif sympathized with Tristan, who unlike many of his patients, was botched at no fault of his own.

“This innocent child had a horrible disease, caused a severe horrible problem. That is exponentially more heartbreaking,” Dr. Nassif said. 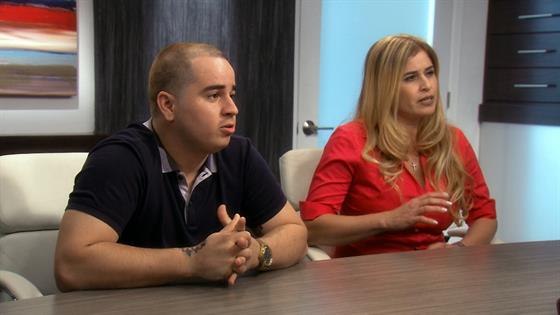 Luckily, Tristan’s lack of a backside hasn’t interfered with his love life, but it has made sitting down for long periods of time uncomfortable and that’s what he wanted to remedy.

But once in the exam room, Dr. Terry Dubrow noticed a big problem standing in the way of Tristan and his new butt.

“Your right side has absolutely no gluteus maximus muscle. Your left side has some, but it’s smaller,” Dr. Dubrow explained. “The reason that’s significant is when we transfer fat in order to get that fat to live, it’s injected in and around the gluteus muscle.”

Dr. Dubrow also gave Tristan the option to use tissue expanders or opt for a butt implant, but in the end, Tristan decided against the complicated procedure.

Botched Patients Before and After—Shocking Transformations! 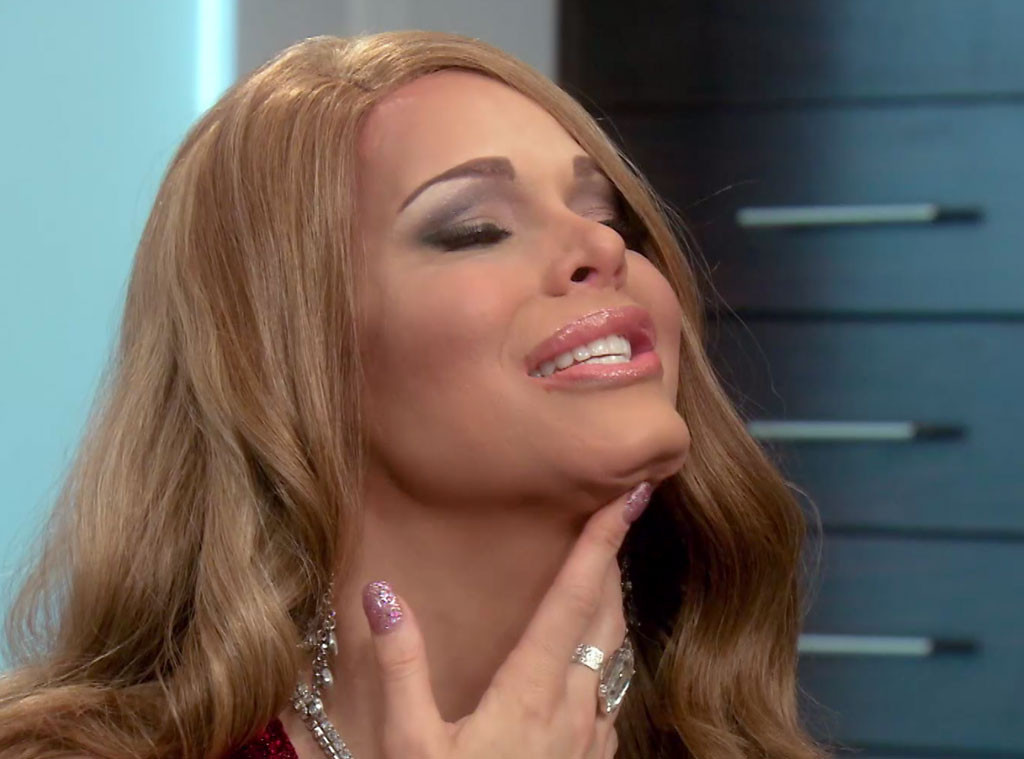 Transgender showgirl and Mariah Carey impersonator Avery‘s desire for a feminine look left her with a huge dent in her chin.

“So, I had the injections done in my cheeks and lips and chin,” Avery told the doctors. “By who?” Dr. Dubrow asked. “Well, by a friend,” the showgirl confessed.

It wasn’t long after Avery’s risky procedure that she began seeing the devastating dent.

“Within probably two weeks, I noticed lumpiness here and then a horrible, horrible indention,” Avery said.

While Dr. Nassif was only able to promise a 20 percent improvement, it was more than enough for Avery who had become morbidly depressed by her appearance.

To her surprise, Avery came away with some epic results.

“So what we did, is we ended up taking that area and it’s gone,” Dr. Nassif told Avery. “It’s probably about 90 percent better, that depression, that flat pancake look.” 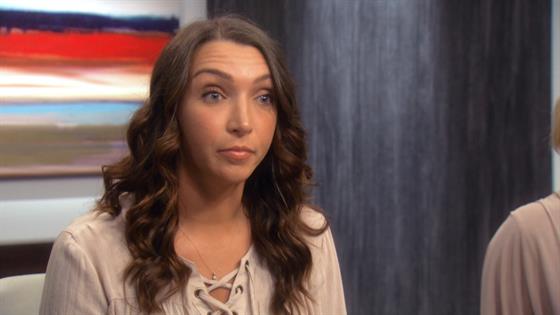 At her big reveal, Avery got in her best Mimi outfit and showed off a chin that even Mariah would be jealous of.

“Now, thanks to Dr. Nassif, the dent in my chin is completely gone and I have a more round, feminine appearance and I’m ready to take center stage and be back in the spotlight,” a grateful Avery said.

Kelsey‘s bad breast implants left her with a double bubble. Not only had the deformity kept Kelsey from dating, her double bubble secret caused a rift between her and her mom.

“Right after having the surgery, I noticed the bubble immediately,” Kelsey revealed to the doctors. “I had other medical issues, so I didn’t want to put the stress that this went wrong on my mom.”

Luckily, Dr. Dubrow had just the thing to fix Kelsey’s double bubble and her relationship with her mom: New boobs!

“In order to fix this, we have to create a new room for the implant to sit in and hopefully the whole situation will remain stable,” Dr. Dubrow explained.

And that’s exactly what she got, new and as Dr. Dubrow called them, “perfect” boobs.

“That’s what breasts are supposed to look like,” Dr. Dubrow affirmed. “I think they’re sorta perfect. Definitely won’t have a double bubble with this.”

With her new boobs and newfound confidence, Kelsey was back on the market.

“Tonight is my first date in four years and I’m feeling super excited. Now that I’ve corrected my breasts, I feel like a completely different person,” Kelsey gushed.

Watch the recap video above for everything that went down in this week’s episode!

Watch a brand new episode of Botched Wednesday at 9 p.m., only on E!