Mother, 35, who was set to go travelling with her family after beating stage 3 tonsil cancer is left in ‘despair’ after £10K caravan bought to ‘make new memories’ was stolen

A mother-of-three desperate to make special memories with her children after battling stage 3 cancer has told of her despair after their family caravan was stolen from outside their home.

Blogger Kimberley Boreham, 35, and her husband Adam, 43, from Turvey, near Bedford, invested more than £10,000 into buying a motorhome which they saw as a ‘new chapter’ in their lives.

The family had not yet insured the caravan, having been in the midst of researching the best deal.

The Borehams have reported the theft at the weekend to the police, but hope the thieves might leave the vehicle in a lay-by or car park if they realise how much it means to them. 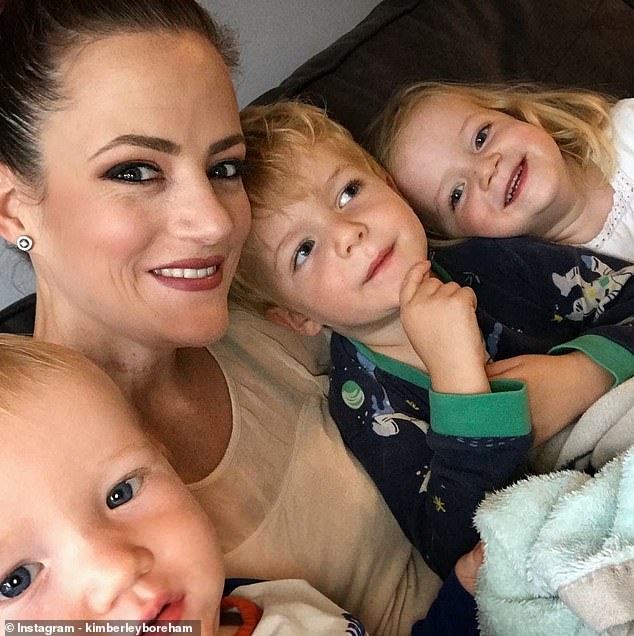 Blogger Kimberley Boreham, 35, and her husband Adam, 43, from Turvey, near Bedford, bought the caravn to make memories with her children Parker, five, Darcey, three, and Noah, two

In 2015, Kimberley was treated for stage 3 aggressive basaloid tonsil cancer and nearly died after contracting severe neutropenic sepsis – a life-threatening complication of anti-cancer treatment with a 70 per cent mortality rate in 48 hours.

It became her dream to travel with her children Parker, five, Darcey, three, and Noah, two, and write about it on her blog ‘Life won’t wait – finding family adventures post-cancer’.

She told FEMAIL: ‘We had worked so hard to get that van, and my husband even changed his job to facilitate the shared dream.

‘Our family were all so excited that, after everything we had been through, this was a massive positive step for us and the fresh start we’d wanted for so long.’

When they discovered it had been stolen, Kimberley said the family were in ‘absolute shock and gut wrenching despair’. 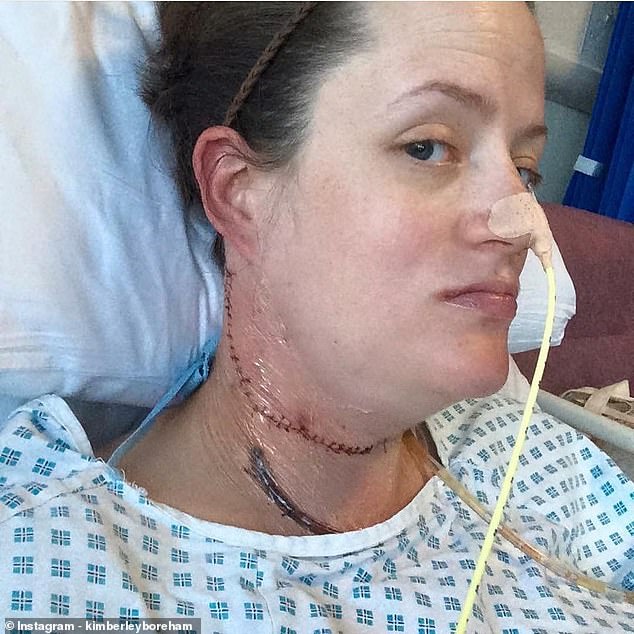 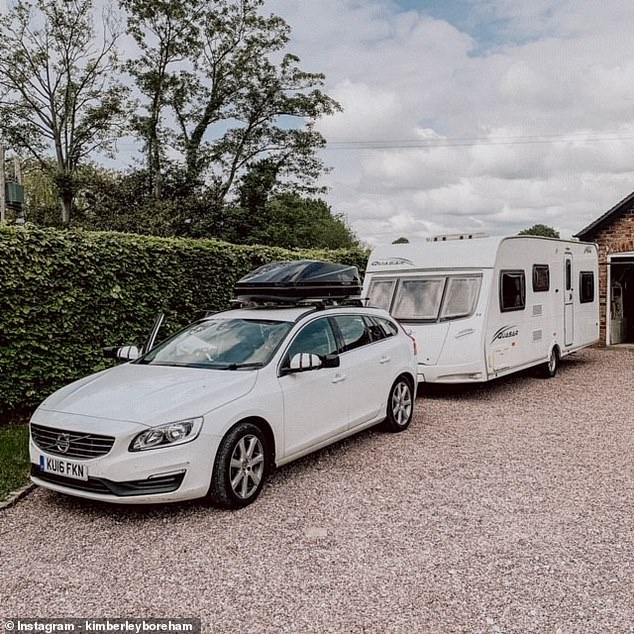 ‘We live in a quiet and friendly village with lovely neighbours,’ she explained.

She told how they had bought the caravan just 13 days before it was nicked, and had intended to travel extensively with their children, exploring Europe and ‘making memories’.

Spending quality time with her family is now top of Kimberley’s priorities, having been diagnosed with stage 3 tonsil cancer in May 2015 at the age of 31.

She was 22 weeks pregnant with her second child when she underwent extensive life-saving surgery after discovering a lump on her neck on Mother’s Day. 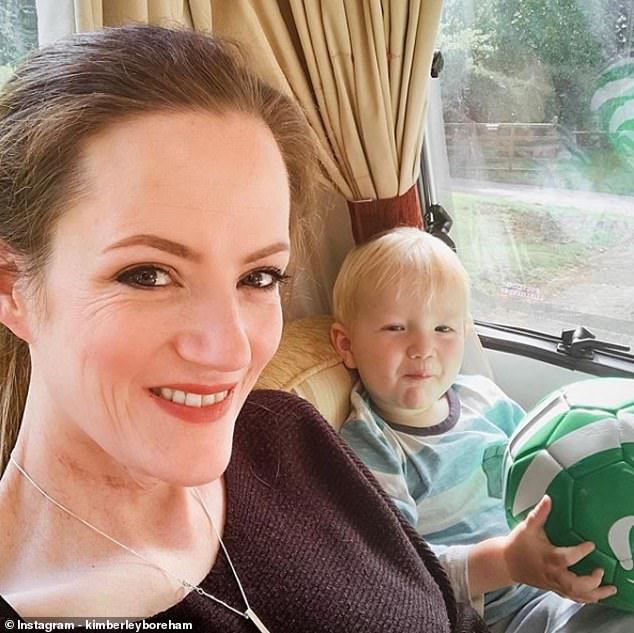 Before the caravan was stolen, they managed a four-day trial run at Henlow Bridge Lakes, which Kimberley said was ‘amazing’

Her daughter Darcey was induced at 34 weeks so that she could start a combined course of chemotherapy and radiotherapy, which she had daily for six weeks until October 2015.

Kimberley recalled: ‘It left me unable to eat and had a huge impact on the family.

‘I then developed cellulitis and severe neutropenic sepsis in November 2015 which nearly killed me. I battled for my life in hospital for three weeks.

‘It was a terrible year, but it brought us closer together and gave us so much clarity as to what’s truly important in life and the direction we wanted for our future as a family – quality family time and making memories.’ 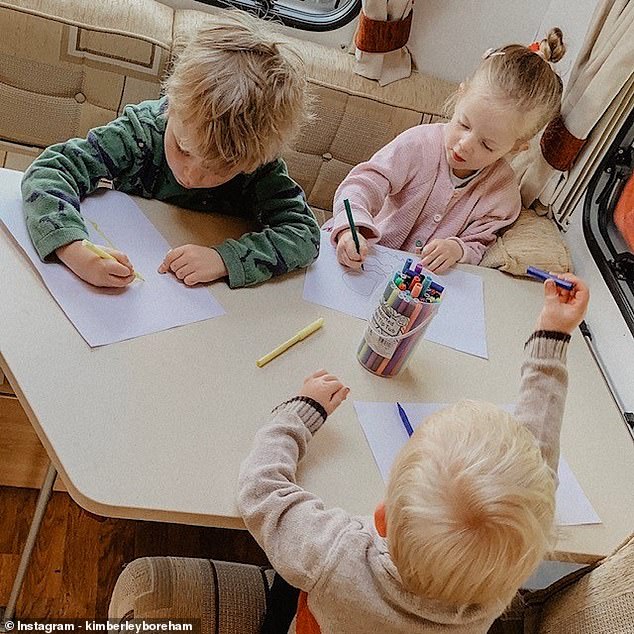 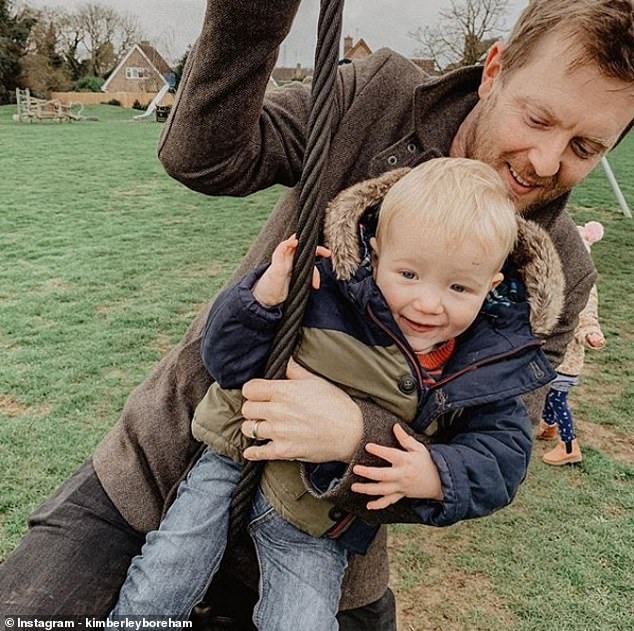 When Kimberley and Adam, pictured, discovered it had been stolen, they were in ‘absolute shock and gut wrenching despair’

The family ploughed their savings into the Lunar Quasar 546 motorhome, keen to spend as much happy time together as they can. Kimberley won’t officially be in remission until October 2020.

Before the caravan was stolen, they managed a four-day trial run at Henlow Bridge Lakes, which Kimberley said was ‘amazing’.

‘The kids loved it and we were completely in love with our van and tiny living,’ she explained. 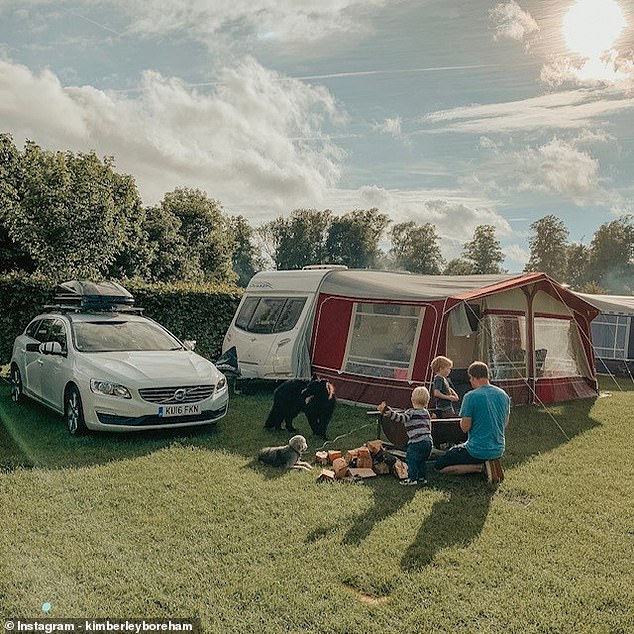 The family had ploughed their savings into the Lunar Quasar 546 motorhome, keen to spend as much happy time together as they can 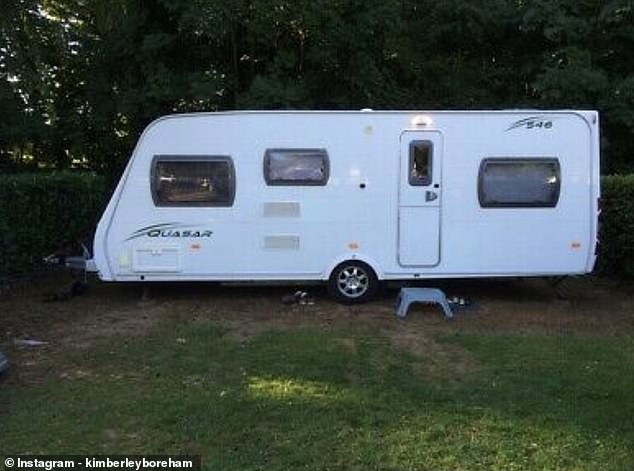 ‘We still hope to pursue our travelling dream, even if it means downsizing our new home to buy another caravan.

‘But it would mean the absolute world to us to have the caravan returned to us, along with the personal possessions inside.’

If you’re able to help track down the family’s caravan, contact reactionvm@gmail.com or call 07979 816657, or donate to their JustGiving page.