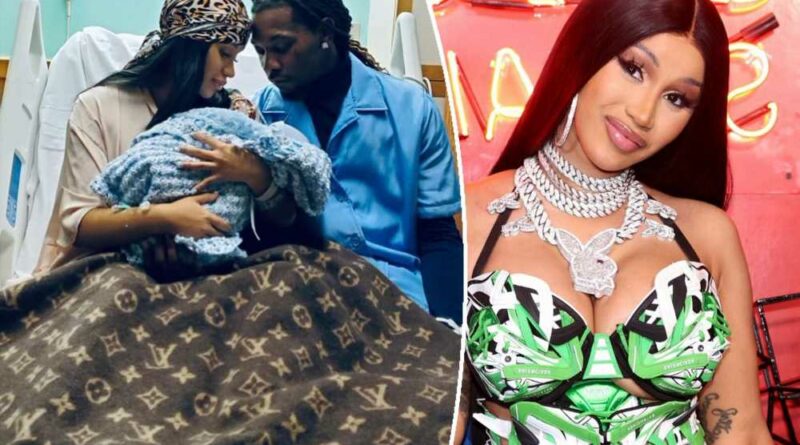 Cardi B testifies that YouTuber’s claims made her ‘extremely suicidal’

Cardi B proudly shows off her ‘mustache’ in NSFW Instagram Story

Cardi B and newborn son drip in $39K worth of Dior

Cardi B may have the most epic — and permanent — name reveal ever.

The rapper, 29, welcomed her second child with husband Offset in September 2021 but has yet to disclose what they named their son.

However, Cardi tweeted early Monday that she may announce it with a face tattoo.

“Random but ….I’m 1% close too tatting my sons name on my face….I really really wanna do it!” she wrote, adding that her preferred location would be on her jaw.

Fans were quick to shut down the idea, pointing out a previous tweet from 2021 in which the “WAP” performer wrote, “Everyday I’m thankful at the fact that ain’t get this face tatt I wanted when I was 16.”

“Cardi dont play with us,” one person wrote, while another suggested, “Let offset do it on ya behalf.” 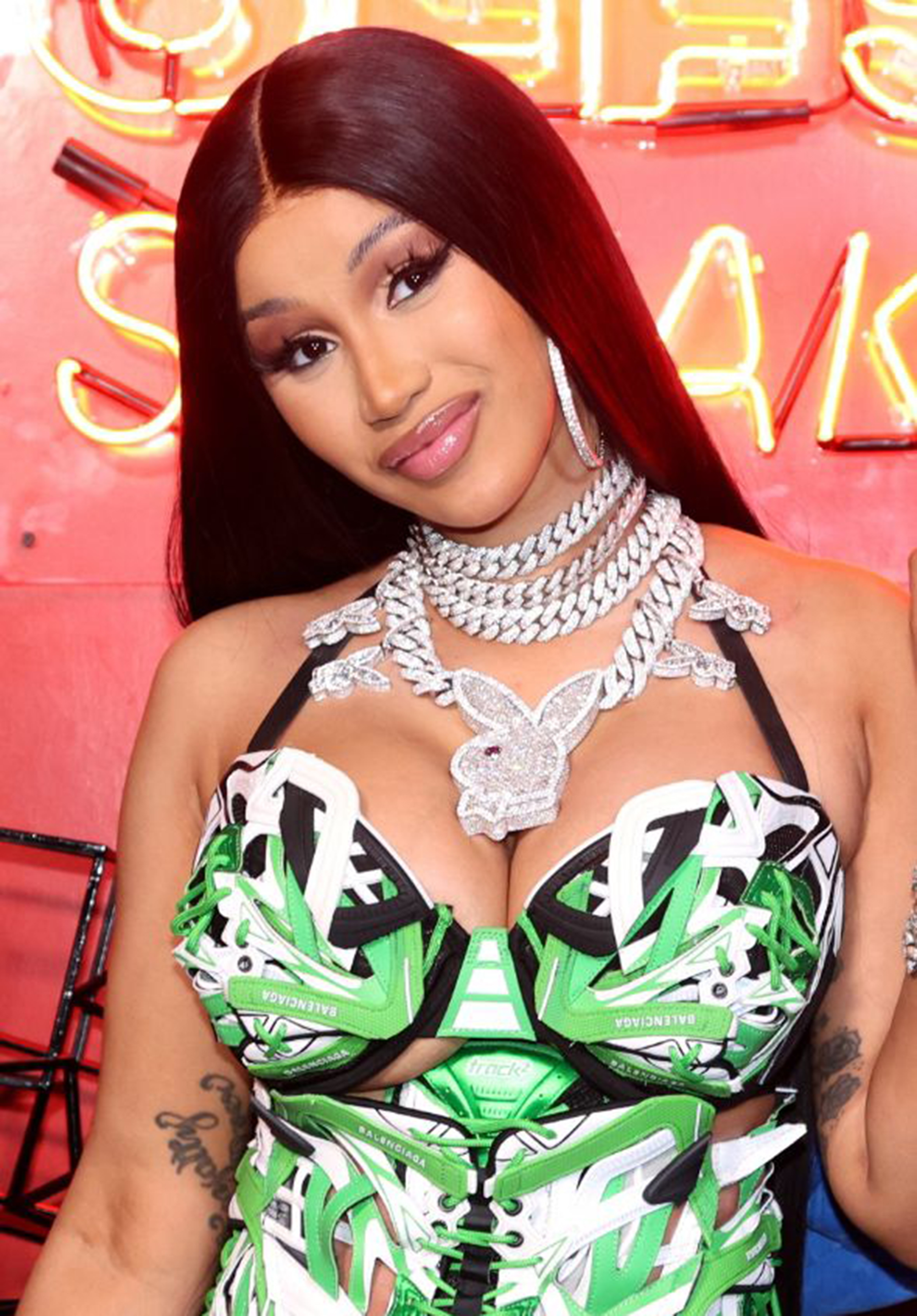 It wouldn’t be a stretch to say the Migos rapper, 30, might do just that, as he already has the couple’s 4-year-old daughter Kulture’s name tattooed on his jawline —  as well as the names of two other children from previous relationships inked on his face and shoulder.

As for Cardi, she has yet to add Kulture to her collection of tattoos, but she did ink Offset’s name on the back of her thigh in 2019. She has plenty of other names tattooed — including two ex-boyfriends, Tommy G. and Samuel, the latter of which has since been covered as part of an enormous floral design from her neck down her back and legs.