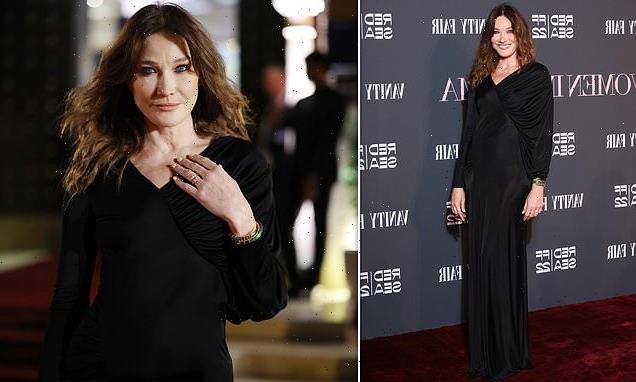 Former French First Lady Carla Bruni stepped out in a chic black gown as she attended the Women in Cinema event in Saudi Arabia.

The 54-year-old cut a stylish figure as she matched the elegant frock with loose locks and classic make-up look at the Red Sea International Film Festival on December 2.

She kept the look simple and striking by wearing minimal jewellery with the long-sleeved, v-neck gown.

Carla wore no necklace, but decorated her wrists with gold and green bangles, and sported a gold band on her third finger.

Carla was just one of the prolific figures at the event. Also snapped attending was fashion icon Elle Macpherson, 54, model Sara Sampaio, 31, and and actor Freida Pinto, 38, among others.

Earlier this year, the former French First Lady opened up about the effort she puts in to, in her words, ‘stay thin.’

She revealed that her regime included working out for two hours a day, practising a strict regimen of elliptical bike, Pilates and barre exercises.

Speaking to French magazine Madame Figaro, the singer and model talked about returning to the catwalk for Balmain and posing for one of YSL’s recent campaigns. 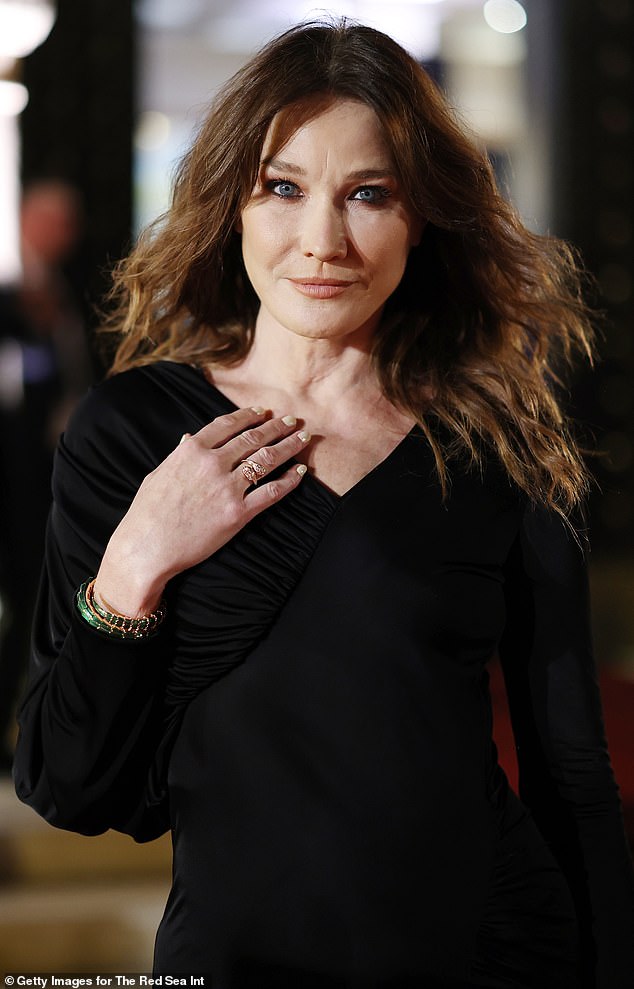 The 54-year-old French beauty kept her jewellery minimalist, forgoing a necklace, adorning her wrist with a green bangle, and her third finger with a gold ring (pictured at the Red Sea International Film Festival today)

Beaming: the French fashionista appeared to be enjoying the event, and was snapped smiling on the red carpet

She said: ‘I have a silhouette and a style, perhaps, but I make unspeakable efforts to stay thin: two hours of sports per day, some barre, some elliptical bike, a little bit of Pilates.’

But she said she didn’t have a particular relationship with beauty, and that she prefers grace and charm.

She also confessed she feels ‘too old’ to model and felt strange’ about the fact she is old enough to be the younger models’ mother.

Reflecting on her early years, the model also said she felt she was tall and lanky and felt invisible. 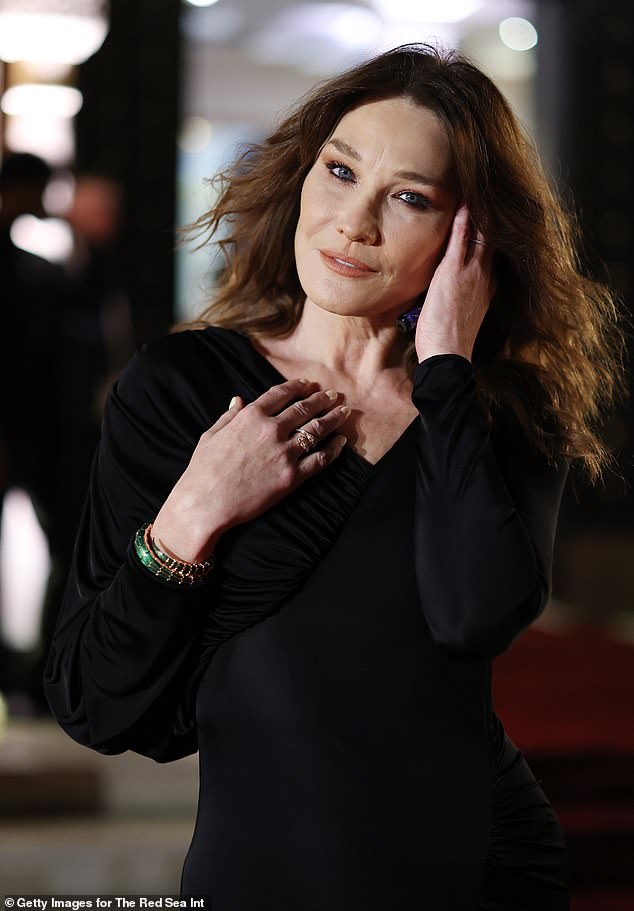 Striking: Carla looked chick in the elegant black gown, which she paired with her loose hair, and classic make-up look 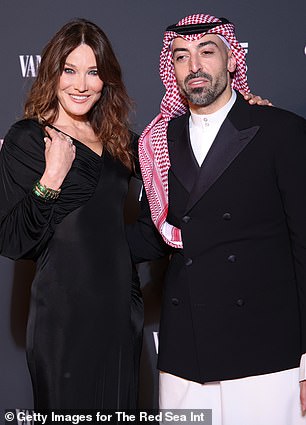 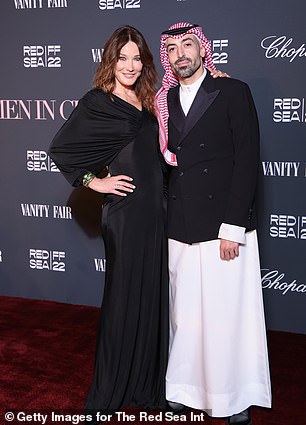 She talked about going through a late puberty, which made her appreciate the looks she got at the beach as a 17-year-old.

She admitted she likes to seduce and please people, but without a sexual aim, and said pleasing others was more interesting than beauty, which fades with age.

The singer, who focused on her music and philanthropic activities when she lived at the Elysee Palace from 2008 to 2012 as France’s First Lady, caused a sensation when she walked the runway for Balmain in 2021.

She said that she still loves fashion and considers it a second family.