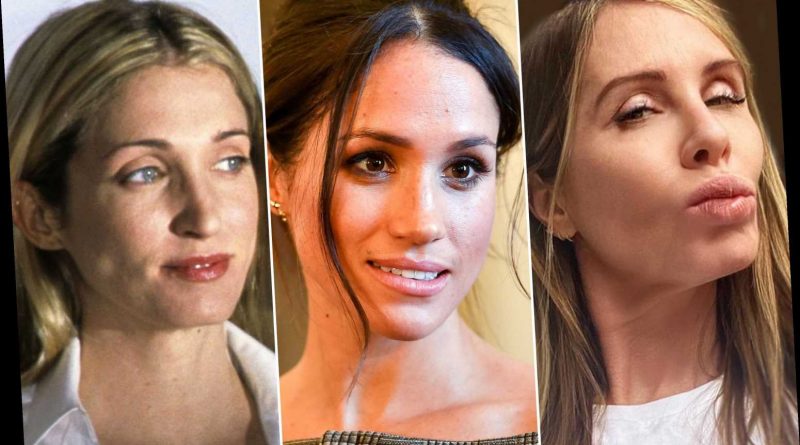 How much were Harry and Meghan paid for the bombshell Oprah interview?

The former “RHONY” star tweeted that Markle marrying into the royal family in 2018 sadly reminded her of Bessette becoming a Kennedy by marrying John F. Kennedy Jr. in 1996.

“I just watched the M&H sit down,” Radziwill tweeted early Monday morning. “Wow. I love how people say Meghan knew what she was getting into…people said the same thing about Carolyn Bessette when she married into the Kennedy family. You could never know. Meghan said it right the perception is nothing like the reality.”

In the bombshell interview with Winfrey that aired Sunday night, Markle and husband Prince Harry came out swinging against the Palace after leaving their official duties and the UK behind for California last year.

The couple described facing racist press attacks and Markle, whose mother is African-American, receiving death threats. Markle further said the royal institution didn’t do enough to protect her — and even ignored her pleas for help after she became suicidal while pregnant with the couple’s son Archie.

In 2019, Radziwill detailed the media frenzy that often surrounded her close friends Bessette and Kennedy before their tragic deaths in a 1999 plane crash.

“There were times when I went to their apartment on Moore Street, and you would see the paparazzi just waiting outside, behind cars, in cars, just on the sidewalk for her to leave her apartment,” Radziwill told Vanity Fair. “A lot of times we wouldn’t leave. We would order foods from Bubby’s on the corner. Who wanted to leave and have to go walk through that? That was, like, every day of her life for the first year or more.”