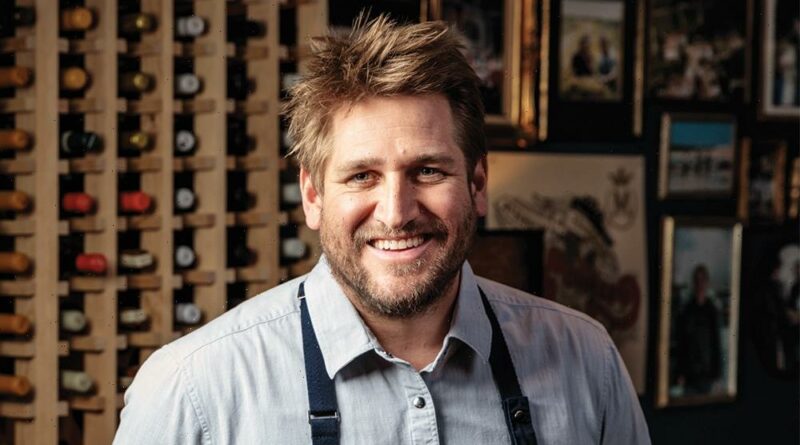 Curtis Stone is making his debut at the SAG Awards. No, the Aussie chef, whose Los Angeles eateries include Gwen and the newly reopened Maude, hasn’t jumped into acting — he’s designing the night’s dinner menu.

The first course of the evening — the awards take place Feb. 27 at the Barker Hangar in Santa Monica — will feature a turmeric-roasted cauliflower, mint and quinoa salad, followed by an entrée of salmon rillettes with lemon, capers and dill accompanied by a sweet potato side with curry, coconut, cilantro and cucumber as well as artichokes and mushrooms in a truffle dressing.

I caught up with Stone to talk about Logan Roy, cooking for 640 people and sourcing from local farmers.

How did working with the SAG Awards come about?

We’ve got an events business that we launched about a year before the pandemic hit. It’s been a bit of a start-stop business, to be honest, but we’re back up and running and doing lots of things. They came to us, and we got them in and did some tastings for them.

How do you even start designing a menu like this? Not only is it for 640 people, but they’re also some of the world’s most famous people.

We’re lucky we have a lot of them come through our restaurants, so hopefully we know what they like to eat. You have to think about the many different dietary restrictions. If you do a really complex dish that has nuts, lactose, meat and seafood — a little bit of everything — then half the room will need something different than that. You’ve got to try and focus the menu to suit most people.

Locally sourced organic ingredients are very important to you.

We work really closely with all of our farmers, and that’s the wonderful thing about being in Southern California. We just have so many beautiful options and incredible farms, and we talk to them all daily. I get my sweet potatoes from Weiser Family Farms. They’re in the high desert here, maybe an hour to 45 minutes away. And then an hour and 45 minutes in the other direction, you’re near San Diego buying the most incredible tomatoes that are grown year-round. We just have such exposure to beautiful product. You’d be crazy not to use it.

When can you start cooking but still keeps things fresh?

We’ll do absolutely everything day of. We have a huge team that we’ll bring in for it, and we’ll cook a lot of things off-site, obviously, and then transport them in. But we do it all that day. The fresher it is, the better it is.

Who at the SAG Awards are you excited to see eating your dishes?

I’m a huge “Succession” fan. The thought of those guys sitting down and eating my food! The character Logan Roy (played by nominee Brian Cox), I want him just to upturn the table and be upset about something. Or maybe he’ll hire me and I’ll go live on his yacht. The characters are very real in my mind.

Should I assume you’re partial to fellow Australians like Nicole Kidman?

She’s amazing. I love her. Aussies, we have a pretty tight-knit network over here, that’s for sure. There’s not that many of us, so we all see each other at the same sort of events.

The SAG Awards will be nationally simulcast live on TNT and TBS on Sunday, Feb. 27, 2022 at 8 p.m. ET / 5 p.m. PT from The Barker Hangar in Santa Monica. For the first time, the ceremony will be available the following day on HBO Max.