Home » Lifestyle » Celebrities, what are they good for? Reality shows, for starters 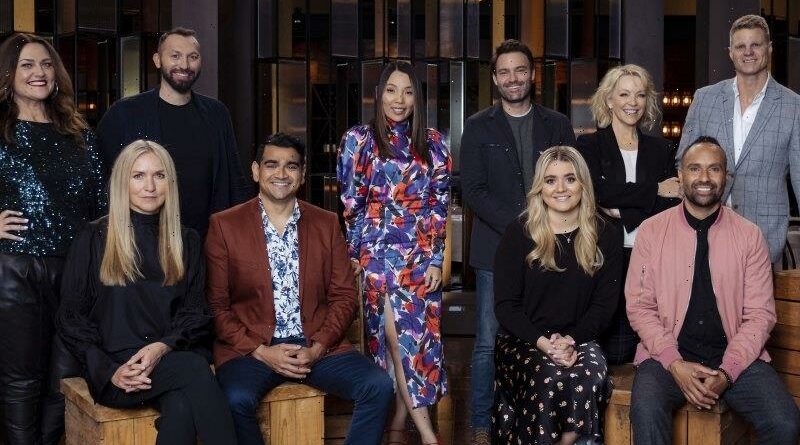 Hands up if you’d watch ScoMo and Albo in a MasterChef cook-off? What do you reckon they’d present as their signature creations in one of those early challenges where contestants are asked to serve up “the dish that you’re famous for”? To quote judge Andy Allen from the current season of Celebrity MasterChef, the creation that “should scream you on a plate and transport us into your home”. Would our political leaders go for something authentically Aussie and not too fancy? Maybe a lamb roast, or steak and three veg?

And while they might be accustomed to the penetrating glare of cameras, how would they cope with a culinary pressure test? How might they react to regretful judgments that the meat was over-cooked, the potatoes dry and the peas and carrots bland? It’s a fun fantasy and part of the pleasure is imagining someone with whom we’re familiar lifted from the environment in which we usually see them and contending with a different set of challenges. 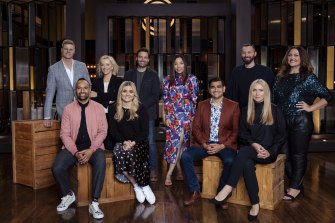 The free-TV networks are trotting out celebrity versions of established formats that rely precisely on that pull. Big Brother VIP is due on Channel Seven on November 1. A celebrity Lego Masters is coming to Nine. SBS recently revived its prematurely retired game show, Letters and Numbers, as a Celebrity version featuring comedians as contestants. And Ten’s Celebrity MasterChef is serving up a lively line-up of actors and athletes, along with a comedian (of course), a broadcaster, a fashion designer, a singer and a child of “culinary royalty”.

For politicians, venturing outside their familiar realm of news and current affairs might be motivated by the hope of positive publicity, an opportunity to put a fresh glow on their image, a chance for voters to appreciate them in a more flattering light. They don’t necessarily have to risk life and limb on SAS, or swallow revolting things on I’m a Celebrity . . . , as Sam Dastyari and Jacqui Lambie did, to achieve that effect.

Kitchen Cabinet (2012-16) got pollies cooking, usually in their own homes, while they were being interviewed by Annabel Crabb. The series sometimes drew flak for being too soft, for not asking questions as tough as the press gallery deemed necessary when access to a particular politician was granted. But what it offered viewers was a glimpse of how our elected representatives lived, what they liked to eat and how proficient they were at making it, even if the presentations had probably been thoroughly workshopped with their advisers. 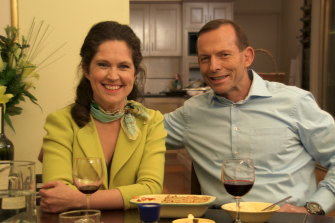 Tony Abbott enlisted the help of his daughters when he cooked a meal for Annabel Crabb in Kitchen Cabinet.Credit:ABC

That series freed subjects from the tyranny of the soundbite and what lingers couldn’t be manufactured. Jenny Macklin’s meticulously organised spice drawer. Mathias Cormann whipping up the Belgian speciality of mussels and fries as he reflected on his youth and the formative influence of financial insecurity after his father lost his job. Tony Abbott enlisting his daughters’ support as he oversaw a barbecue. Their political philosophies and policy positions might be on the record, but what emerged here was a different kind of insight.

While the current Celebrity versions aren’t serving up politicians, they are fun. MasterChef and Letters and Numbers are notable for their welcoming environments. They aren’t about humiliation and they’re not cast for hate-watching. Letters and Numbers’ admirable experts, David Astle and Lily Serna, don’t poke fun at players who can’t find four-letter words or fail to get anywhere near the target numbers: they warmly applaud effort. On MasterChef, the judges accentuate the positive, praising the flavour of a sauce while sliding past the fact that the pasta was over-cooked, or that there was too much of it. 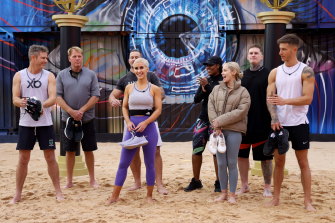 For devotees, the MasterChef kitchen is a special place, competitive yet bathed in a golden glow. When this fresh crop of celebs arrived there, they genuinely looked like a bunch of fans thrilled to be entering a hallowed space. So far, consistent with the enduring format’s successful recipe, there’s been a lot of laughter and a few tears. “The vibe in this room, it’s like a rock ‘n’ roll concert,” remarked the slightly disbelieving fashion designer Collette Dinnigan as she whipped up her comfort-food fave of zucchini risotto. That she shook off the curse of risotto as the show’s “death dish” and won the round was a feelgood cherry on top.

Generally, good vibes permeate this arena: the contestants look jubilant when they nail a dish and happy when their rivals perform well, as do the judges, and that affects the way we watch. As a viewer, you’re encouraged to like them, to see their attributes. Unlike some other celebrity-based offerings, this isn’t a show where viewers tune in hoping that some ratbag will get their comeuppance. 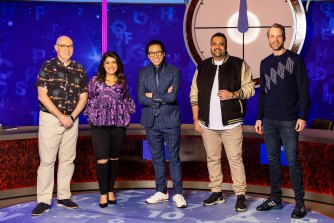 Similarly, while some former fans are unimpressed with the new-look Letters and Numbers – and have expressed their displeasure in letters to this section – it does have an appealing brio. The comedians might not be adept at solving alphabet or arithmetic puzzles, but they can land a quick quip, which is a valuable deflection. It might not add to a score, but it lifts the atmosphere in the studio and that represents a win.

We might be seeing a run of celebrity-based adaptations simply because the free-TV networks are risk-averse. They figure that it’s better to build on a proven format than to chance failure on something new. But while that motivation might be worrying, the outcome, at least in terms of a couple of the current offerings, has its qualities.