Home » Lifestyle » Charmed Reboot Haters: Make Like the Power of 3 and Set That Negativity Free

When I was growing up, all I did was watch TV. My family had cable, and whenever my sister and I were being “babysat,” it was really just us babies being propped in front of the TV while our cousins did whatever teenagers did back in the ’90s. I would imagine it was the same things the crew in Beverly Hills, 90210 got up to, because, as I was saying, TV is my native tongue.

One of my favorite shows to watch was The WB’s Charmed. To my mother’s distress, I loved everything about magic, witches, and the supernatural. My sister and I would spend hours debating which powers would suit us best and what spells we would want to use if it were possible. We devoted every Wednesday, Thursday, and Sunday night to our favorite trio of sisters and their messy, complicated lives. We mourned Prue’s (Shannen Doherty) death, celebrated Piper’s (Holly Marie Combs) babies, and wished Phoebe (Alyssa Milano) would just find a man already. We welcomed Paige (Rose McGowan) like she was our own and everyone else that came after. I doubt there was ever a more devoted pair of adolescent fans. So when I heard there was a reboot in development of my favorite series, I was excited — the power of three was rising again.

Of course, the internet quickly reminded me that it’s never that simple. Now, don’t get me wrong, I can totally understand where upset fans are coming from; having an entirely different family and story attached to the original show’s name can seem off-putting. Some, like first series star Holly Marie Combs, may see this as “capitalizing on [their] hard work.” But it’s easy to look at the decision to keep the show’s name as something negative rather than admitting that there is logic to it.

Maintaining the original name keeps the reboot relevant to the fandom. It shows that the series is in line with the original, even though it has a different cast and different stories. The big picture is still the same: Charmed will still be about three sisters working together to fight for their family and the greater good. It’s just that the details making up that big picture — such as casting new witches Madeleine Mantock, Melonie Diaz, and Sarah Jeffery and bringing the story into the current year — are different. If this reboot had come under a different name, the only thing tethering it to the original series would be the concept and some key elements. It would seem more like a ripoff than a reboot.

Obviously it isn’t all Charmed fans who are vehemently opposed to this reboot, but the haters are very vocal about their feelings. If it isn’t the name of the reboot that they take umbrage with, it’s the idea that the new series seems to be trying “too hard” to champion diversity or that it’s ageist to recast the reboot with younger actresses, which are ridiculous notions, to be frank. As someone who grew up during what people often romanticize as “the best era of TV,” a lot of shows I watched as a kid are seen as sacred. Shows like Charmed are forever viewed with rose-colored glasses because they were so formative and empowering for people. And that’s beautiful! But it’s also close-minded. 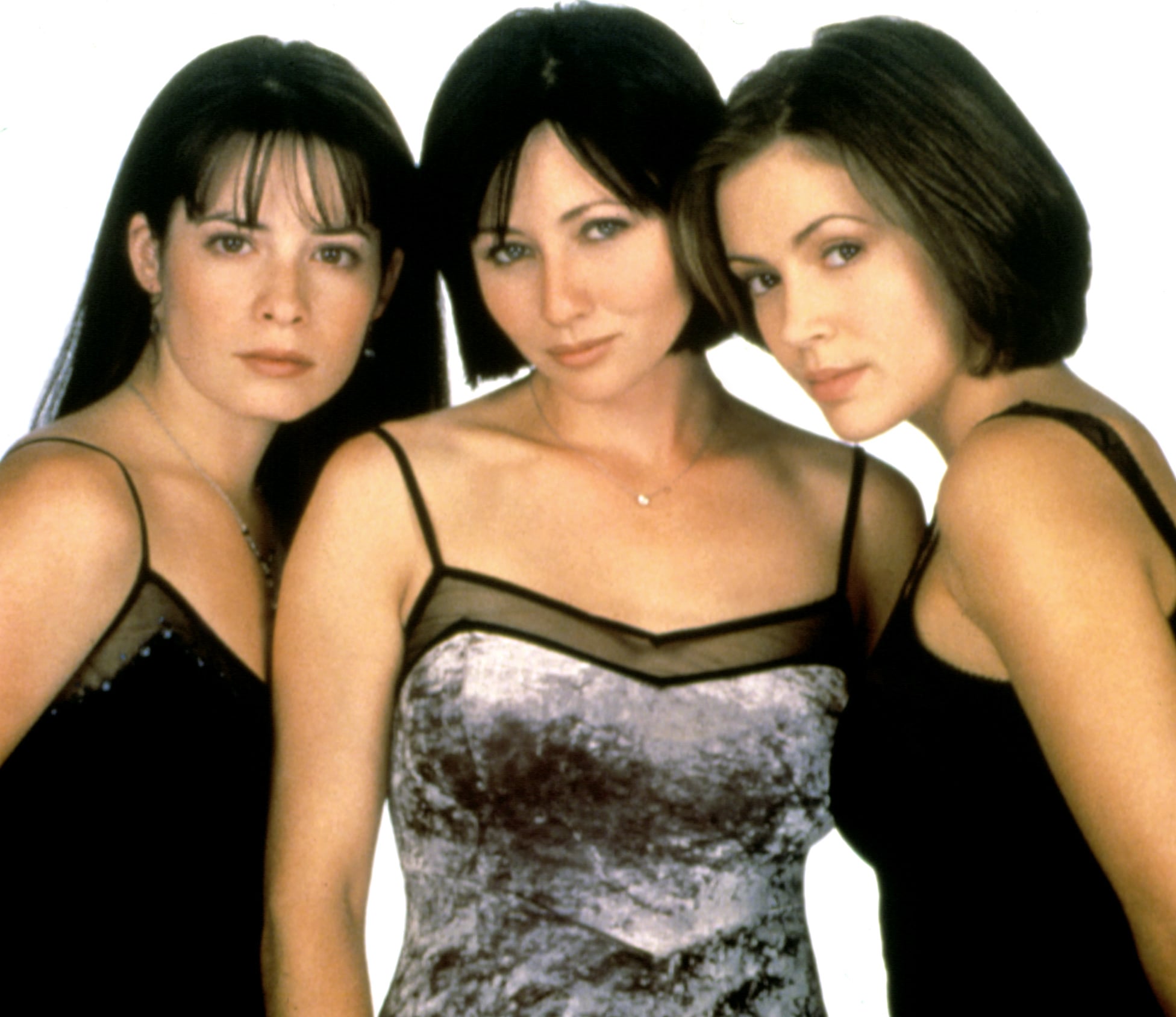 Charmed premiered in 1998 and ran until 2006. That was 12 years ago — basically another lifetime in terms of what society looks like. The series was very much of its times while also being ahead of its time. The core themes of sisterhood and girl power could sometimes get lost in the torrid romances and absurdly complicated storylines. And when compared to shows from the last five years, the original Charmed proves to be lacking in a number of ways. One such factor, which also addresses that “championing diversity” gripe, is the predominantly white cast of the show. I can genuinely only think of about six people of color that had any significant presence in the entire series. (And by significant presence, I mean they were at least familiar faces during one season.) Only four of those actors were featured in more than one season, and only two were in more than two. If anything, the show needed to work harder to bring some diversity on the screen. It’s 2018, and viewers want — and deserve — more from their shows.

As for being ageist, there are several reasons that could explain why the original cast wasn’t asked back. The first would be that all those actors are busy and their schedules wouldn’t allow for an appearance in the reboot. (Alyssa Milano is starring in Netflix’s controversial new show Insatiable, for instance.) Another reason could be that the story of the Halliwell sisters ended pretty definitively in 2006. The finale features the sisters defeating the Big Bad and flashing forward to their future families, which is everything they wanted from the beginning of the series. The decision to move on to a new family with a different story isn’t ageist; it’s respecting the legacy that Charmed built to begin with. 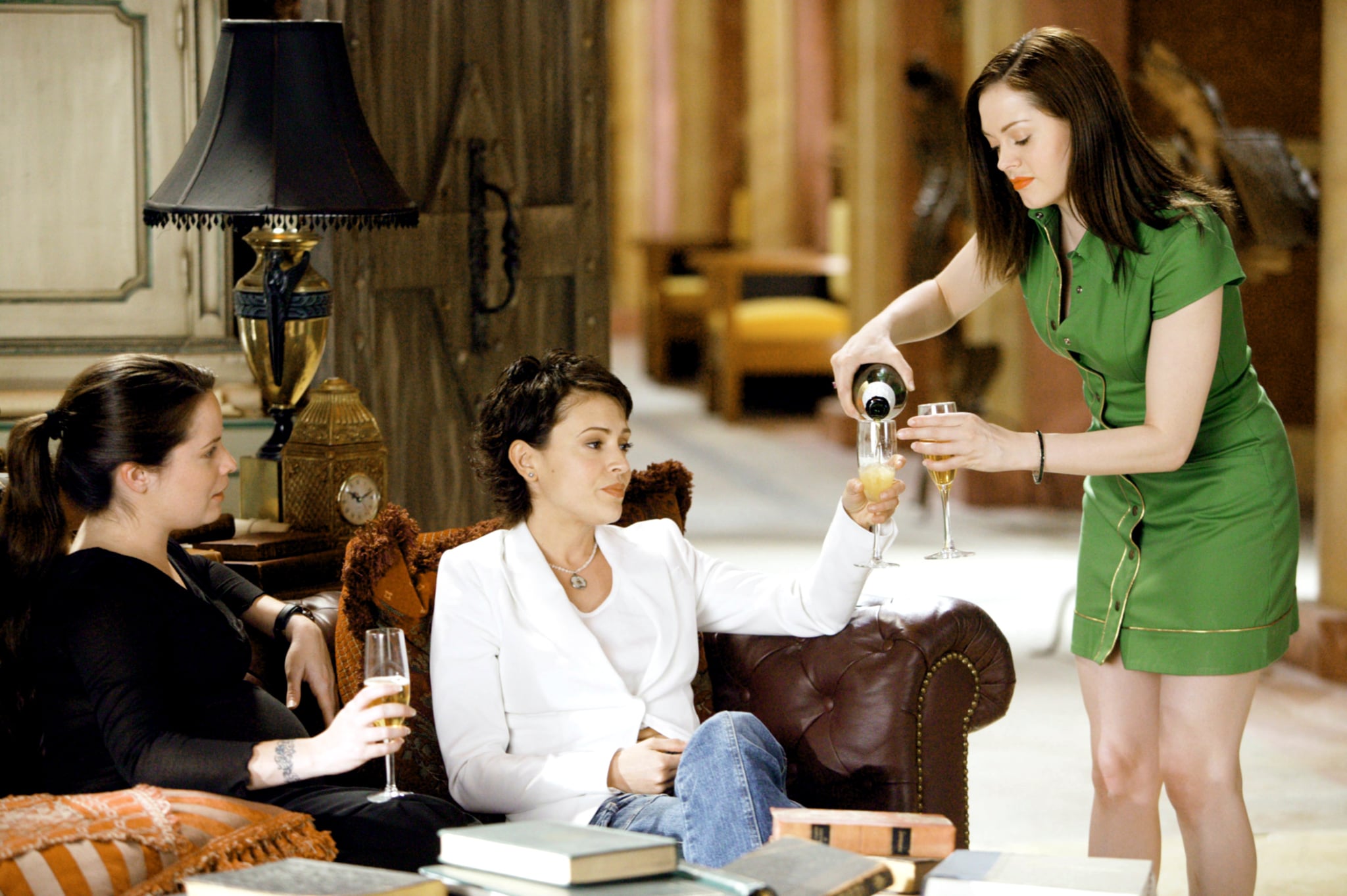 We watched the Halliwell sisters go through their trials and tribulations and saw them battle the greatest evils and win. Not to mention, they were so powerful by the end of the series, we wouldn’t even believe anyone would give them enough trouble for a whole new series of manufactured ups and downs. The introduction of new sisters (Macy, Mel, and Maggie) allows us to watch as another trio of women grow into that kind of power, the same way we watched Prue, Piper, Phoebe, and Paige do the same.

It’s deeply unfair to write off a reboot just because you want the original stars of your favorite show back on the screen. If you want to see the Halliwell sisters up to their usual hijinks, you can still stream the original series whenever you want. But this retelling isn’t just for people who watched the series live on The WB. This show is also for a new generation of viewers who are looking to relate to these characters. It’s for women who never thought they’d see someone like them, someone different, have a place in such a huge fandom. It’s for people to discover that there isn’t just one face to this kind of world and that there are so many different traditions, cultures, and ways to explore it. It’s a new story that promises to be as exciting as our original favorite, but in different ways.

There’s nothing wrong with still loving Charmed and wanting to hold on to the good memories that it brought you. There is something wrong with bashing the desire to take the foundations of that greatness and using it to bring something new to people. This reboot doesn’t take anything away from the original. That still exists online and in your memories. This reboot is just an opportunity to fall in love with three new magical sisters who are finding themselves, and each other, in the craziness that is their world and ours. It’s all the wonderfully Wiccan aspects we discovered 20 years ago, with a twist of new practices mixed in (like brujeria, for instance, the Spanish practice of witchcraft). That’s a change to be celebrated.

When Charmed premieres on Oct. 14, I know I’ll be tuning in. I would never want to miss a chance to dive into the showrunner Jennie Snyder Urman’s reimagining of the world, and I’m looking forward to meeting Macy, Mel, and Maggie. We’ll hopefully get to watch as they evolve into the powerful witches capable of invoking the Power of Three, and fans who enjoyed Prue, Piper, Phoebe, and Paige should join me. Why would you want to miss out?