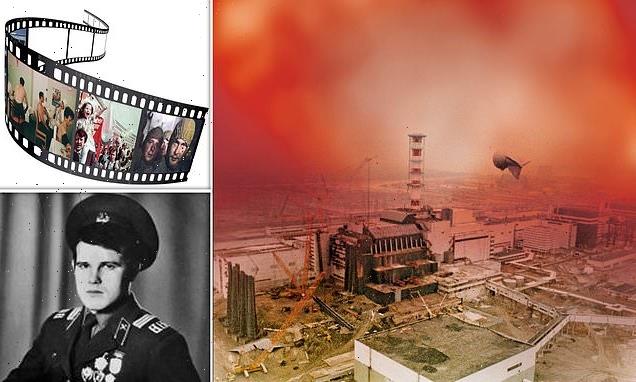 The footage shows ordinary people going about their ordinary lives.

Everything seems golden, somehow, bathed in sunshine. The mothers are in summer dresses, hems blowing in the breeze.

The children on these neat tree-lined streets are in pushchairs or skipping along, eating ice cream.

Every so often you are aware of white flashes on the film, though, caused by radiation. 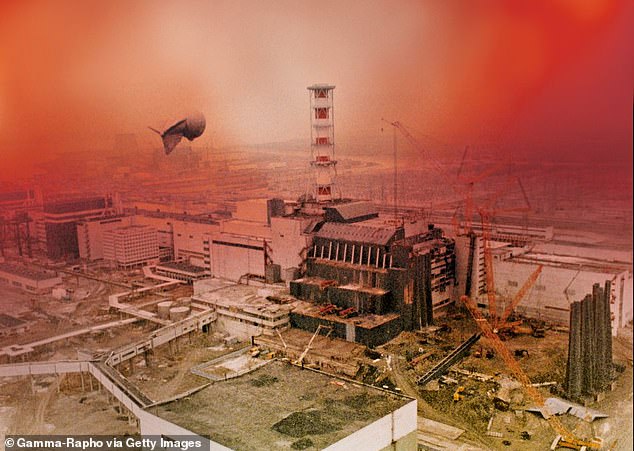 Just as a Geiger counter makes a sound when it detects radiation, so a film like this shows flash spots.

The film was shot in and around Pripyat, a city in Ukraine, then part of the Soviet Union, in the days after a catastrophic explosion at the Chernobyl nuclear plant in 1986 – the worst nuclear disaster in history.

The official death toll is still 31 thanks to a state cover-up, but the real figure may be in the hundreds of thousands as a radioactive cloud spread as far as Canada.

Within two days, contamination was being reported in Sweden, 1,100km from the accident. This footage was shot just 2km from it. Scandalously, it was 36 hours before these residents were evacuated.

Even as masked soldiers appeared on the streets and roads were being washed down, life carried on.

You might think you have seen the most realistic portrayal possible of this epic disaster. 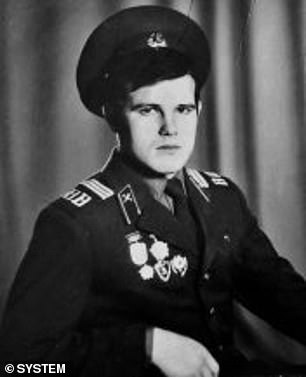 In 2019, the HBO mini-series Chernobyl dramatised the accident and its aftermath in breathtaking detail, winning ten Emmys and nine BAFTAs.

It would be a foolish documentary-maker who tried to tell the same story again, surely?

But when he stumbled on this footage with the flashing lights, director James Jones, himself an Emmy-winner, knew he had to.

‘I first saw it in May 2020 in the first lockdown,’ he recalls. ‘I’d been reading a couple of books about Chernobyl and it all seemed relevant, somehow, with us facing this invisible enemy.

‘In the footnotes to one book, I read about this footage and sought it out online. When I saw it I thought, “Oh my God! It’s so chilling.”

‘I started to think, “I wonder what other film exists?” and I went down a rabbit hole. I had no idea so much of the disaster had been documented.’

The result is an astonishing film that tells the story of Chernobyl in real-time. This has been done before for disasters, most famously for 9/11, but for a tragedy known for its state cover-ups?

Some of the footage was readily available, but James and co travelled to Ukraine on the trail of more.

‘Often we were told footage had been destroyed by the KGB, but then it turned out not to have been.

‘There were three or four film-makers who were allowed access to the plant. The authorities wanted to document the bravery, to say, “Only Soviets can deal with this disaster.” 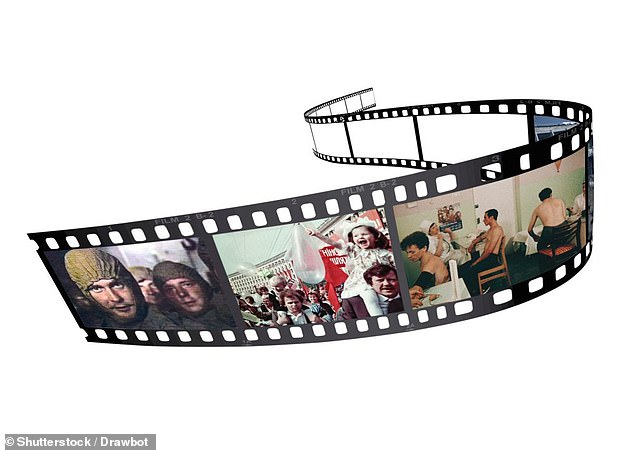 ‘But once the Soviet Union collapsed they lost control of a lot of the material.’

James’s team ended up with hundreds of hours of footage, including harrowing scenes inside hospitals, of dying firefighters, victims who no longer look human because of the effects of the radiation eating them from inside.

Equally moving are the first-hand testimonies from nurses witnessing children being born with terrible deformities.

Some of the material was too upsetting to use. ‘We had to be careful not to overwhelm the viewers,’ says James.

Survivors are also interviewed. One is Lyudmilla Ignatenko (played by Jessie Buckley in the HBO drama).

Pregnant, she waved her firefighter husband Vasya off to work on the day of the accident, and watched him die in agony 14 days later. She lost their child shortly after it was born.

The film is also a tribute to the cameramen who shot the original footage. There is a still image of one man, protected only by a flimsy mask, standing high at the site, filming the wreckage.

‘The bravery is beyond anything I’ve ever seen,’ says James. ‘He was dead within a year.’