A holiday treat. Chord Overstreet gushed about his Falling for Christmas costar Lindsay Lohan and teased that her comeback performance will be worth the wait.

“It’s a really fun, feel good holiday comedy and Lindsay’s fantastic in it,” the Glee alum, 33, exclusively told Us Weekly on Thursday, October 27, while discussing his latest single “Sleepwalking In The Rain.” Overstreet added that working with the Mean Girls star, 36, and getting to watch what she does “so well up close” was a “really fun” experience.

In the Netflix romantic comedy, which premieres on November 10, Lohan plays a spoiled heiress who gets amnesia following a skiing accident in the days leading up to Christmas. She wakes up in a small town where struggling inn owner, Jake (Overstreet) and his daughter look after her and help her find herself again. 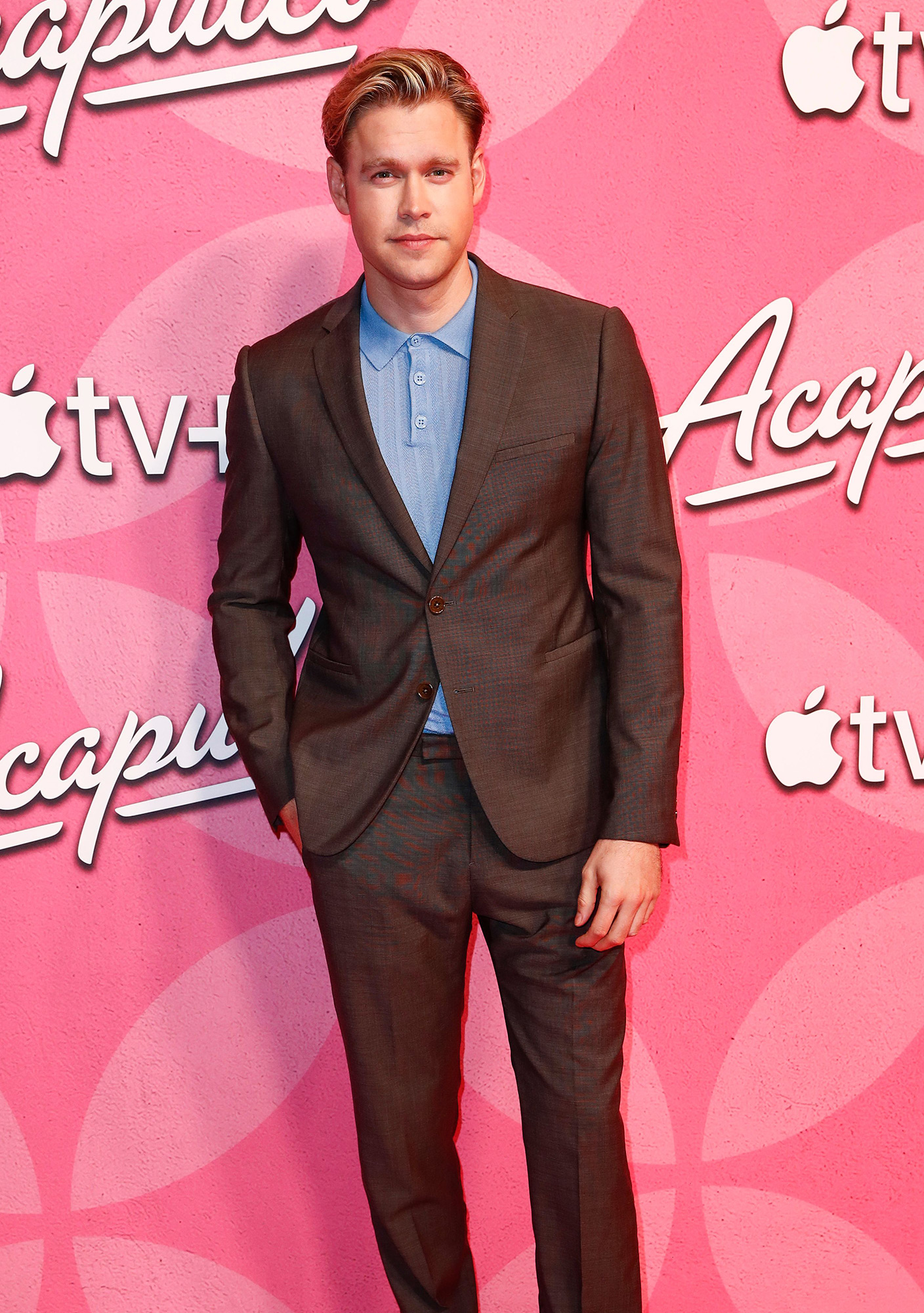 Unlike their characters, Lohan and the Alcapulco star hit it off right away when filming began in Utah.

A Guide to Every Holiday Movie on TV This 2022 Season

“I’d met her in passing, like, briefly beforehand, but she couldn’t have been more of a pro and [more] cool,” Overstreet told Us. “We [got] to hang pretty much the whole time and just really get to know each other, which was great. Because, you know, when you’re spending two months with anybody, it can be good or bad.”

The “Homeland” singer continued: “She was really chill and I got really close with her fiancé [Bader Shammas] and her younger brother [Dakota Lohan] who’s pretty much like my younger brother now. … We just kind of bunkered down in Park City and had a great time and got to make some movies, you know?”

So Fetch! See What the ‘Mean Girls’ Cast Is Up to This October 3

Falling For Christmas marks Lohan’s most high-profile acting role since she moved to Dubai in 2014. “I felt so relieved when I moved everything over from London to Dubai and I saw everything in place,” the Freaky Friday star told W magazine in February 2018. “It’s a cleansing of your head, which is what I needed, and it took me a while to do it. … I would love to own a place in New York, and that’s something I will look into in the future, but right now I’m okay with where I live.” 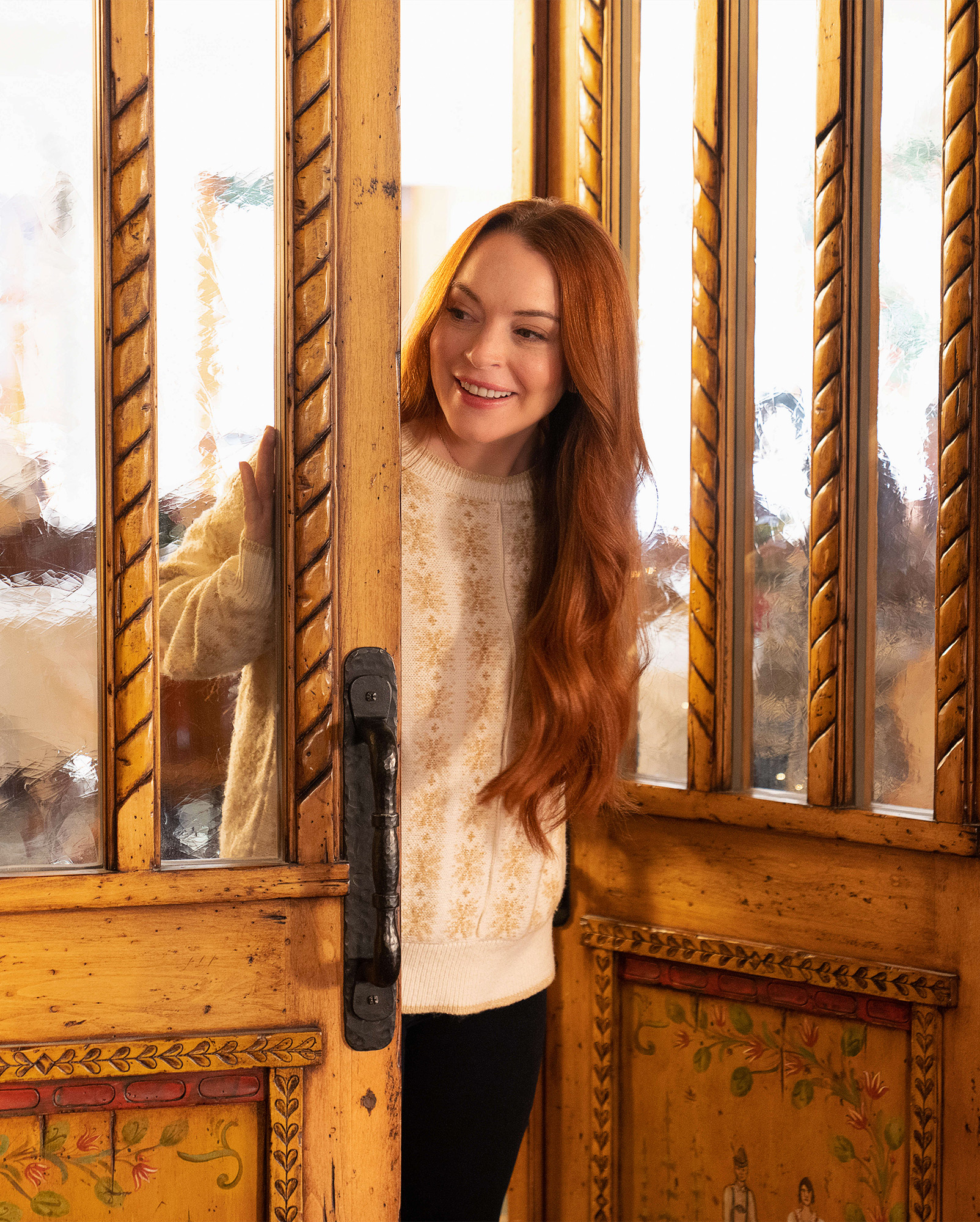 Lohan added that her new home’s lack of paparazzi was “a big deal for me,” and has allowed her to live her life out of the spotlight. “I never considered people taking a picture ‘bothering’ me, but I don’t want people to misinterpret who I am as a person if they see me sneezing and they say I’m crying. I do really appreciate having a life where I can just go outside and not have to worry,”

The Confessions of a Teenage Drama Queen actress met Shammas, 35, after relocating to Dubai and the couple announced their engagement in November 2021. Us confirmed that Lohan and the businessman had quietly tied the knot in July.

“🎂❤️🥰I am the luckiest woman in the world. Not because I need a man, but because he found me and knew that I wanted to find happiness and grace, all at the same time,” the “Rumors” singer wrote via Instagram on Friday, July 1. “I am stunned that this is my husband. My life and my everything. ❤️every woman should feel like this everyday 💖🙏.”

With reporting by Leanne Aciz Stanton