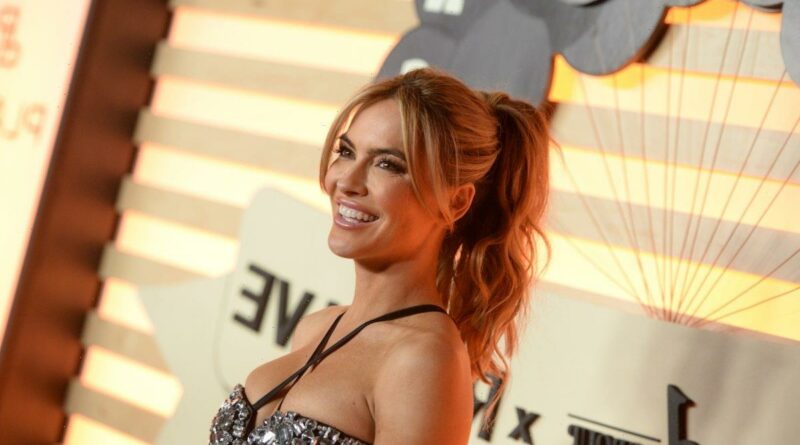 As a celebrity, Chrishell Stause receives all kinds of messages from people who want to talk to her. However, she occasionally sees messages that are rather unnerving. The Selling Sunset star recently shared that she received an unsolicited nude photo, and she also opened up about how she dealt with that situation.

Chrishell Stause has been single since December

Stause’s love life has been a hot topic for fans and the media. In 2019, she went through a public divorce from ex-husband Justin Hartley, which was a prominent storyline on season 3 of Selling Sunset.

In mid-2021, she also began dating her boss Jason Oppenheim. The two work together at the real estate brokerage Oppenheim Group and are fellow cast members of Selling Sunset. However, their relationship only lasted a few months. They broke up in December of that year.

“Jason was and is my best friend, and other than our ideas for family ultimately not being aligned, the amount of respect and love we have for each other will not change going forward,” Stause explained in a statement. “Men have the luxury of time that women don’t and that’s just the way it goes. All of that being said, navigating this public terrain is difficult and I am just trying my best.”

Meanwhile, Oppenheim also publicly said, “She was the most amazing girlfriend I’ve ever had, and it was the happiest and most fulfilling relationship of my life. While we have different wants regarding a family, we continue to have the utmost respect for one another.”

Stause is back in the dating field once again, and it seems some men are trying to get her attention on social media.

According to Us Weekly, Stause recently took to Instagram Story to post a message about an unsolicited nude photo she received. The reality star wrote, “PSA: I don’t love opening DM’s to unsolicited [eggplant emoji] pics (NO ONE DOES) So I sent it to a guys [sic] mom today.”

She added that she used a poop emoji to cover his private parts in the message she sent to his mom “for her sake.” Stause continued, “He had just tagged her for International Women’s Day soooooo please don’t send those to me guys. I won’t post them. But I will send them to your mom or your sister or wife or gf…”

Chrishell Stause has been learning lessons about relationships

In her new book, Under Construction, Stause talked about some of her past relationships and what she has learned from them.

For example, she claimed that Hartley was a “love bomber” and so was Keo Motsepe, her first boyfriend after her divorce. Stause explained that she was able to see the “red flags” with Motsepe and distanced herself before things got too serious.

“Being so far away from it now I can see that what happened was a gift,” she wrote about her divorce. “Now I understand much more clearly how I deserve to be treated.”