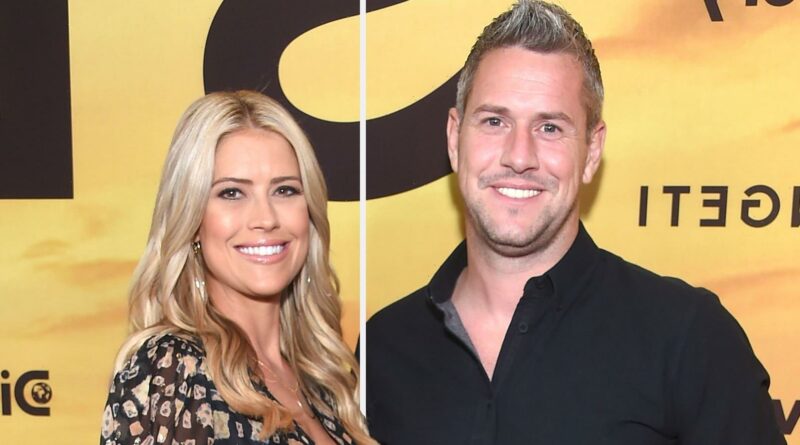 Reality stars Christina Haack and Ant Anstead’s divorce was finalized last month, as the exes finally settled on the division of the majority of their assets – and it looks like Christina is keeping many of their luxury goods.

According to court documents obtained by TMZ, Christina will retain ownership of 5 of their properties, which includes 4 in California and 1 in Tennessee. The Flip or Flop alum was also granted the right to keep their Range Rover and Bentley.

The documents also reveal the reality star will keep her wedding ring. While the value of the band isn’t public knowledge, PEOPLE Magazine reported in January 2018 that it featured 16 diamonds and 8.5 carats. The ring was specially designed by jeweler Randall Scott Fine.

However, Ant isn’t walking away from the marriage empty handed. He doesn’t have to share ownership of any of his businesses with his ex-wife, which includes a media production company. TMZ adds that Ant also gets to keep 7 of their vehicles, which includes a “Range Rover, Land Rover, 2019 Lotus Type 62, Alfa Romeo Tipo, 1958 Porsche, Ford Mustang and a Comet.”

Neither Ant nor Christina will have to pay spousal or child support. But they will share custody of their son, Hudson, 21 months. E! Online explains the co-parents have agreed to split legal and physical custody of the toddler. Sources added they made a point to negotiate custody and division of assets privately.

Christina originally announced their decision to separate in an Instagram post made in September 2020. At the time, she asked her followers for privacy. Ant spoke out about their break-up several days later, implying it was his estranged wife’s decision to call off the marriage.

“I never gave up on us,” he said. “I pray Christina’s decision brings her happiness.”

However, Christina eventually filed for divorce two months later. It was finalized this past June. Since then, both Christina and Ant have moved on to new relationships. Christina is  already dating someone new, and though not a lot is currently known about her new flame, he’s been featured on her social medias various times.

In addition to the son she shares with Ant, Christina  has two other children, Brayden, 5, and Taylor, 10, whom she shares with her ex-husband and Flip or Flip co-star Tarek El Moussa.

Ant is currently dating actress Renee Zellweger. Earlier this month, Radar Online published photos of the Bridgette Jones’ Diary alum moving into Ant’s home only weeks after he finalized his divorce. The pair first became romantically linked earlier this year after meeting on the set of the Discovery+ show Celebrity IOU: Joyride.