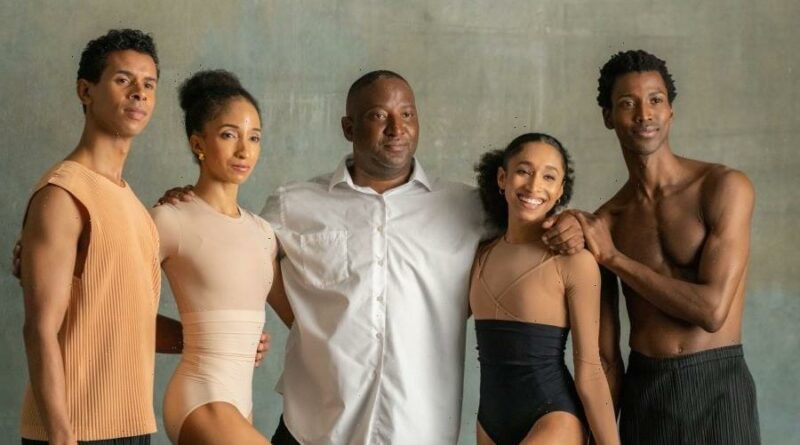 The American Ballet Theatre kicks off its Fall season on October 27 with a boundary-breaking performance.

Lifted, an introspective 34-minute piece from the mind of Jamaican-born choreographer and dancer Christopher Rudd will shatter glass ceilings for the cultural institution as their first all-Black ballet production. Featuring costuming by Carly Cushnie and music from Carlos Simon, every aspect of the production, from the set design to the lighting, was overseen and crafted by Black creators – a deliberate and deeply significant decision by Rudd.

Feeling as though his love for dance was routinely taking him away from his community into predominantly white spaces, Rudd began his company RudduR Dance in 2015 with the mission to better the world through dance. Now, he’s taking that mission to one of the largest platforms for classical dance in the nation.

We spoke with Rudd ahead of his piece’s premiere about the cultural impact and the weight of the mantle of being a pioneer for Black dance production on an international stage.

ESSENCE: Can you describe the feeling of opening the American Ballet Theatre’s fall season with this standard-shifting all-Black production?

Christopher Rudd: “At first I was filled with so much fear and anxiety. I want this piece to mean so much to so many people and the awareness of the
the responsibility I was undertaking was quite overwhelming.

Now I’m in a place of complete and utter joy. No one piece can mean everything to everyone, but opening this door can mean that now everyone can step through it, and it’s just so exciting.”

So what is the story of Lifted? What should audiences expect from this production?

Rudd: “Lifted is a journey of self-reflection, self-confrontation, and ultimately self-love, where we follow a human from birth to the awareness of where they stand in Black America and the confusion of adolescence to the defiance and the rebellion that leads to joy and leads to a love of oneself. And I’m so grateful to have these talented dancers to chisel this journey together with. 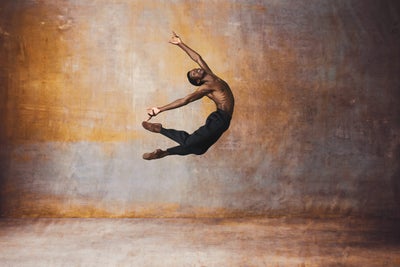 And we tackle so many things within the process of this work, from representing the first children who were bused during integrative schooling to who we are today as Black people demanding – we’re not asking, we’re demanding – ‘You listen to me. You.‘ And there are some moments of confrontation where we confront ourselves and now we’re confronting the audience and now we are just being.

The work isn’t necessarily a protest work. I feel like creating an all-Black work in a predominantly white space is itself a protest, a statement. And now we get the ability to find beauty and joy within a work of art. And yes, I’m still scared, but at the same time, I’m having a great time.”

Where do you think that fear is coming from?

Rudd: “Just the responsibility to my people, responsibility to the awareness that I’m failing as a monolith if I fail. And the consequence of that would have a ripple effect that is bigger than an individual making a piece of work that isn’t so great.

Now, your production is all-Black beyond the stage. Not only all of the ballerinas and choreographers, but the stage managers, production, etc. are a fully Black team. What do you personally feel is the importance of having this sort of production featured at ABT?

“The truth is, existing in a predominantly white space, it’s hard to find community. And it’s hard to find unspoken understanding. When you go into a corporate office in white America, someone will say something, and you’ll look for the other Black person. There’s something about not having to explain. There’s something about having an innate understanding of what someone else is going through for us as individuals. 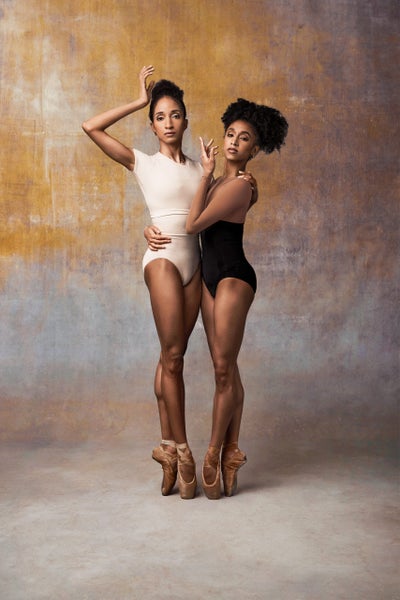 On a more macro scale, is the idea that Adam and Eve were Black. The first
man, the first people were Black, and out of our DNA came the world. What could it mean for little children to see an experience, a totality of that DNA in an art form? ‘He was black too. Every aspect, everything I’m experiencing, and all of the senses that I can experience in this work of art were from the DNA of Black people.’

I feel that that could be a magical thing for a company of people and an audience that is used to predominantly white artists. What you are hearing, what you are seeing, what you are, the story you’re journeying through, is all from the imagination and the soul of a Black person.

And [of course] it’s not the first Black ballet. There are companies that are predominantly Black. But experiencing this in this venue and with this microphone can have even more impactful global significance. America’s biggest export is our culture. It’s time for the totality of our culture to speak from the totality of our citizenship. And yeah, I feel that’s significant.”

Lifted will have its world premiere at the American Ballet Theatre’s Fall Gala on October 27, 2022 at Lincoln Center’s David A. Koch Theater, and continue through October 29.