Beer, boy! Clever dog obediently opens the fridge and brings his owner a chilled can on demand

An owner has revealed how he taught his dog to fetch a can of beer from the fridge.

Brent Kramer, 28, from Pikeville, Kentucky, explained it took ‘a lot of training’ and treats to teach Boone the impressive trick.

The intelligent dog can also put empty plastic bottles in the recycling bin – and even knows to take off the cap first. 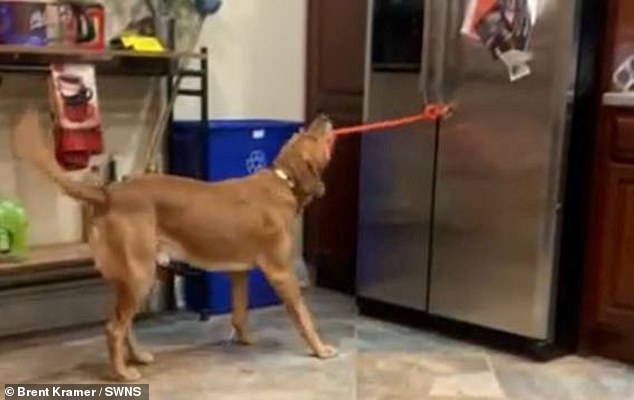 An owner has revealed how he taught his dog to fetch a can of beer from the fridge. Boone was filmed showing off his impressive trick (pictured) 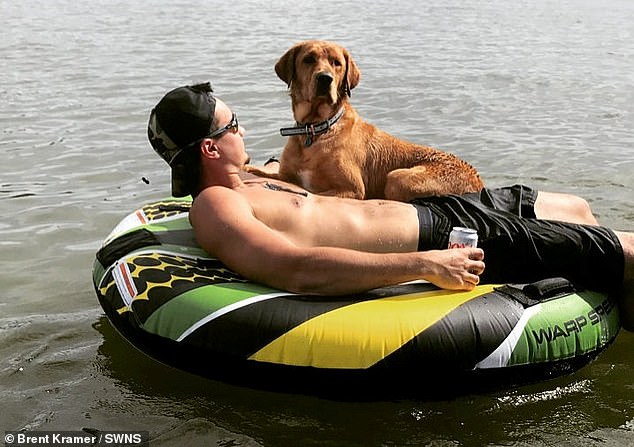 Brent Kramer, 28, from Pikeville, Kentucky, explained it took ‘a lot of training’ and treats to teach Boone the impressive trick. Pictured, Brent with Boone

Brent said: ‘It took lots of training. It started with having him shut the door after potty breaks. Then I started building on that and had him start getting me beers.

‘It’s been a lifetime of trying to stimulate his brain and teach him something new. He finally mastered it last year.’

A video capturing the fridge trick shows Brent signaling he wants another beer by tapping his empty can on the table.

Boone gets up and walks over to the fridge and tugs on a red rope attached to the door handle to open it. He then reaches in and grabs a can in his mouth and brings it back to Brent.

With his owner’s drink delivered, Boone goes back over to the fridge and shuts it with his paws before bringing over a beer sleeve to keep the drink cool.

In another video clip, Brent, an optometrist, holds out an empty plastic bottle and says: ‘Hey bud, I need a little help with this.’ 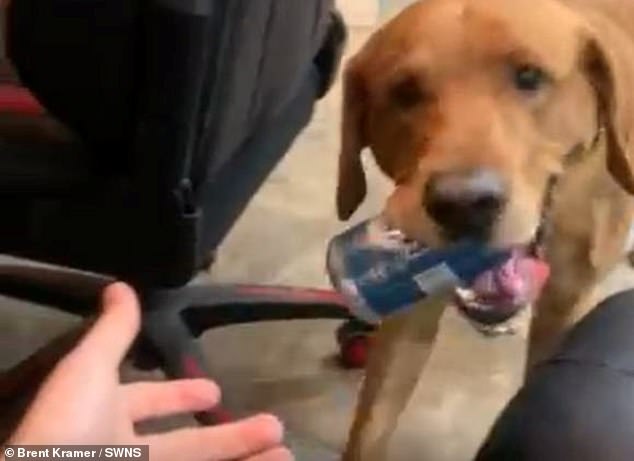 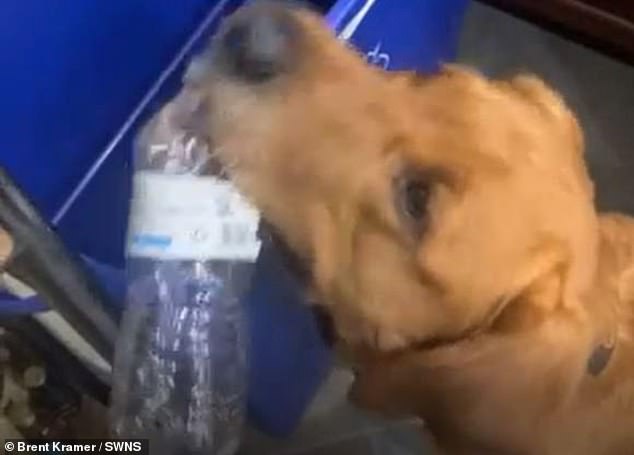 Boone can also hold an empty plastic bottle between his paws, removing the cap before taking it over to the recycling bin 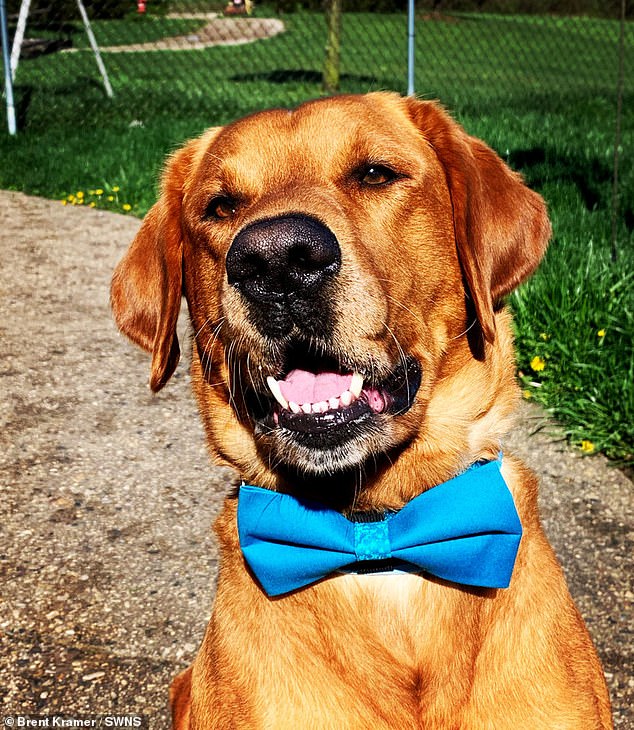 Brent said that he started training Boone with having him close the door after potty breaks, before building on that and having him bring beers

Obedient Boone retrieves the bottle and holds it between his paws, using his teeth to unscrew the cap.

Boone clasps the bottle between his teeth and puts it in the blue recycling bin as Brent says: ‘Let’s recycle it.’ He then retrieves the bottle cap and puts that in the bin too.

Brent said the key to training a dog is positive, treat-heavy reinforcement.

He added: ‘People always ask why he looks like he’s having so much fun. It’s because he knows he’s getting a treat at the end.

‘He’s about the most spoiled dog you’ll ever see. As long as it’s not 17 people saying it at once, he’ll get a beer for anyone.

‘He’s even done it when I’m in the shower. He’ll even close the fridge door himself.’

Brent says he plans to start making videos to teach other dog owners how to train their pups to fetch beer. 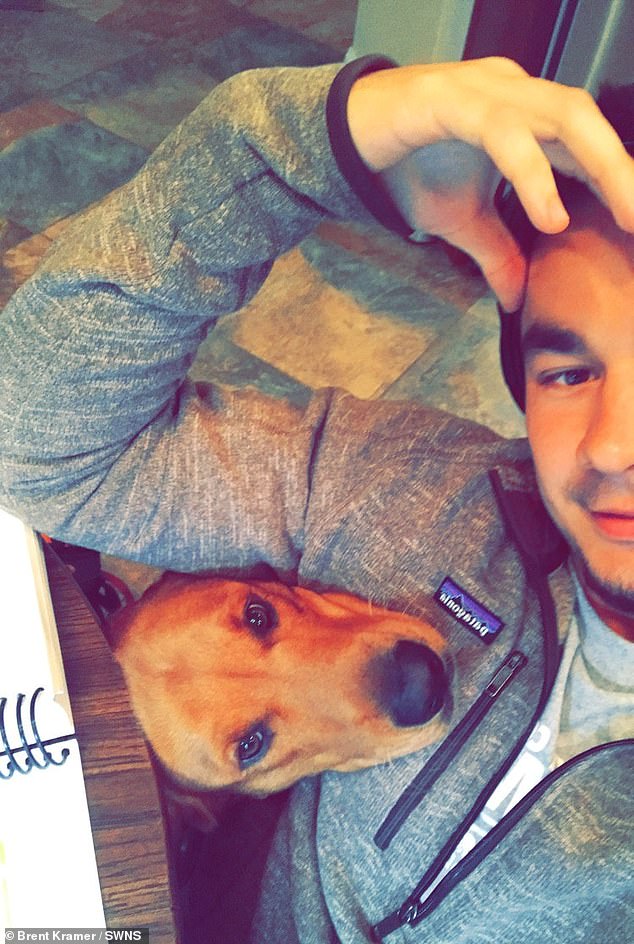 Brent says the key to training a dog is positive, treat-heavy reinforcement and that his pet looks like he’s having a lot of fun while doing tricks because he knows he’s getting a treat